The work of Religious of Jesus and Mary Sr. Yudith Pereira has taken her from her native Madrid to an office in Rome and villages throughout South Sudan. As project manager of the initiative Solidarity with South Sudan, Pereira helps run the program that includes projects in education, health training and pastoral initiatives.

Since South Sudan's founding after its split from Sudan in 2011, traces of civil war still devastate this new country: Child soldiers are recruited, millions are displaced, and famine has been declared. Roughly 100,000 people face starvation in South Sudan, according to the United Nations, making it the world's first famine in six years.

It is in this chaos that Solidarity has stepped in with health and educational programs.

Throughout Yambio, Malakal, Rumbek, Agok and other locations in South Sudan, Solidarity runs English-language courses for teachers, most of whom only have a few years of primary education under their belts, as well as college training courses. The group also manages and runs the Catholic Health Training Institute on behalf of the Sudan Catholic Bishops' Conference, with its students going through clinical placement in hospitals and health delivery clinical settings.

And, responding to the bishops' call for support in regard to the country's churches, the program also helps form pastoral leaders and host peacebuilding workshops.

As the assistant executive director of Solidarity with South Sudan, Pereira — who works in the Rome headquarters — has a background in agricultural engineering, specialized in rural development and building.

She spoke with Global Sisters Report about her daily work, the country's needs and her spirituality in the face of suffering.

Tell me about when you felt called to religious life.

I lived a normal life, studying in school and thinking about what I wanted to be when I grew up. My family was Catholic, so that always played a big role in my life — the concepts of service, volunteering, going on retreats. So volunteering was always very important to me; it was never an empty gesture.

I had a boyfriend, but even then I knew it was important to pay attention to what God was telling me. I was at a Jesuit retreat when it just popped into my head, and I thought, 'No, no, no. I already know what my life will look like and what I want to do.' But in the end, I had to consider it simply because I was restless ever since the idea popped up.

So I thought, 'OK, I'll give it a try, and if I don't like it, I can at least say I tried and get it out of my head.' But at 18, I discovered that this really was God speaking to me and that the call could lead to a very happy, purpose-filled life, stronger than any other path I could have chosen.

Quite simple in retrospect, but it was a challenge at the time. My family didn't agree with the decision — they said I was too young, I didn't have a college education yet, I needed to be more financially established, etc. But I was so incredibly happy to have discovered this path, so I said, 'I'm doing it anyway.' Now that I have nieces around that age, I realize how young I was to make such a decision.

It's in two parts: one is in my office in Rome, where I network with foundations or network with persons who are interested in helping us. We have sisters in Rome, for example, who are interested in our project in South Sudan and want to go, so I help facilitate the process that decides who can go and work there. I also do a lot of administrative work with charities that help fund our work, I supervise fundraising. That's the kind of stuff I do remotely.

But I also go to South Sudan about twice a year. I visit with communities, see how the projects are doing, meet with directors, and stay updated with how they're doing and what they want to accomplish.

What do the women religious do in South Sudan?

There are both women and men religious, actually, and their projects are integrated, too, which might surprise some. In the beginning, this was an answer to calls from bishops, and general superiors considered how they could respond. They thought about a school or hospital, though they realized it would be very demanding to work on formation for teachers, as there were none in the area, as well as nurses.

The bishops were also asking that we provide formation for catechesis, missionaries that could carry on our work once we've left, and, because of the civil unrest, hold workshops regarding peacebuilding, reconciliation and trauma treatment. The same religious who work with the locals experience trauma, so it's also meant for lay leaders and clergy.

When bishops had asked for missionary work in South Sudan, it still wasn't a country, but the people were still about to be expelled from the north to the south. So people would arrive in the south without anything, and a whole population was left in need. That's where the church stepped in to help.

What are some challenges in South Sudan?

First and foremost, peace, peace and political stability, of which there is none. With 2 million people displaced, 90 percent living in poverty, hunger — it's hard to live that way. We need to help them create an identity for themselves: that they learn their history, their stories of revenge, their tribal mentality, and for the leaders of their villages to generate confidence among their people, that their villages are important and different. We also need to help form individuals to become leaders and take on tomorrow. It's a young country, with close to 70 percent of the population being younger than 15. There's no shortage of challenges.

What have you learned about yourself since you began this work?

I would say 'mission' in place of 'work.' Though I work in an office, it really is a mission.

In the face of so much suffering and misery, at first, it was hard for me to understand salvation. Why are so many people suffering? I remember the first days of my first trip, when I went to Malakal, a city with extreme poverty, and thinking how there is a sea of people who need help, and we are just a drop. I thought of the words of Oscar Romero, as we celebrated, I think, the 30th anniversary of his death: that pain and suffering of one people is the salvation of another. It's a mystery, but I try to understand it and recognize it.

I've learned firsthand that working together gets results. To live that, to see congregations mix, nationalities mix, all toward the same goals and a common mission — to see unity working in the flesh is a unique and moving experience.

How do you see the Holy Spirit in your mission?

I think the entire project is because of the Holy Spirit. Without it, there would be nothing. Those who collaborate are willing to give up money and time and being with their loved ones for this, but what they receive in exchange is grace, and that's the Holy Spirit. With the pope we have, I've learned that the Holy Spirit is an example of how we can work together, leaving the walls of our institutions and live out our religious life creatively, and I think it's an example of hope. Many sects of religious life dream about doing different things together, not alone. And I think the Spirit is what inspires that path and unity. 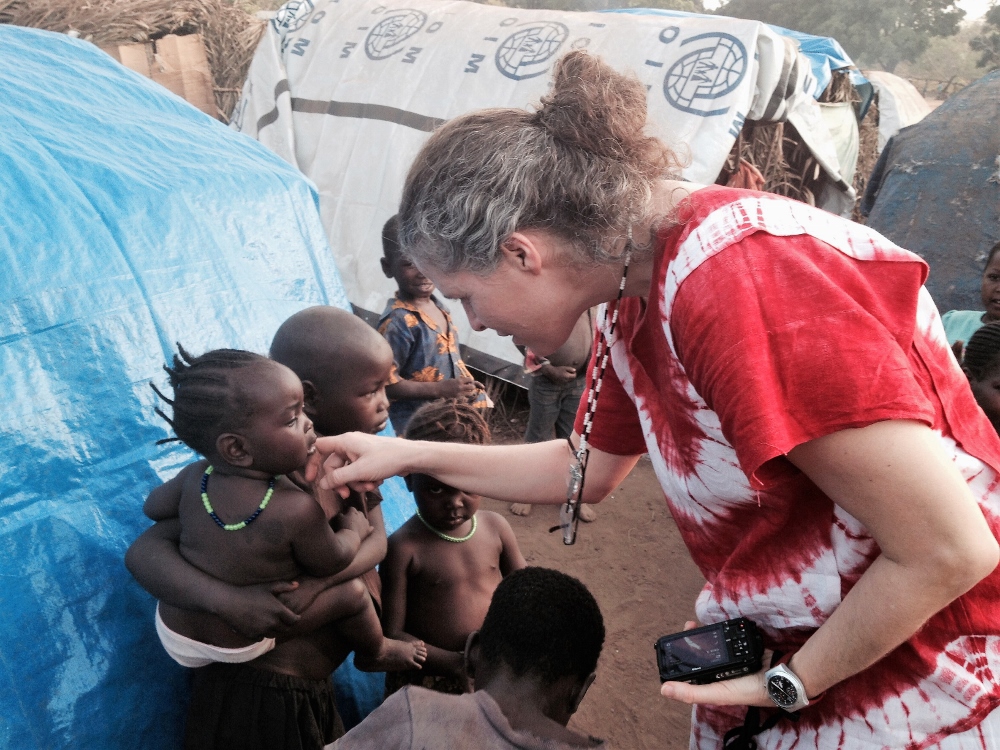 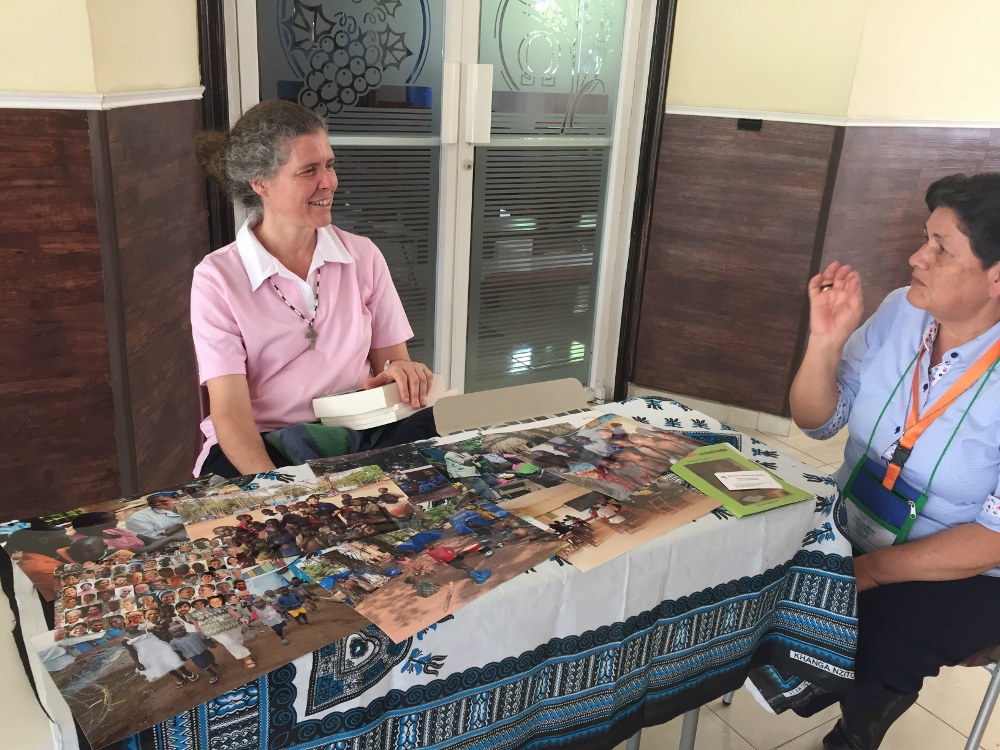 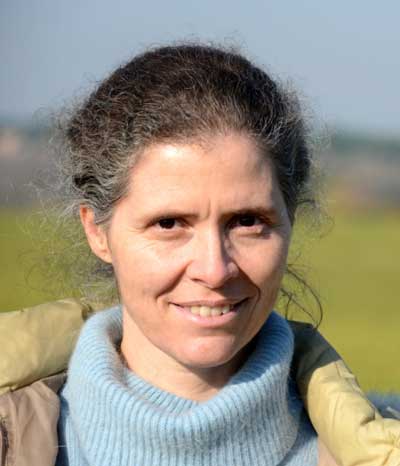