by Elizabeth A. Elliott

In April 1986, Servants of Mary Srs. Barbara Kennedy, Sarah Deeby and Lisa Sheridan founded the Northwest Catholic Counseling Center in Portland, Oregon, to help local parishes address unmet mental health needs. The center provides a variety of counseling for individuals and families as well as marriage preparation, medication management, and intern training. The center charges only what patients can afford to pay.

In 2015, Oregon Business Magazine named the center one of the 100 best nonprofits to work at for the sixth year in a row. GSR talked with Kennedy and Deeby about how they got started, how the Holy Spirit works through their ministry, and how people have changed since the center's founding.

GSR: How did you get in involved in this ministry?

Kennedy: We were invited to join a grassroots initiative by several parishes to find ways to address unmet mental health needs. Catholic Charities closed their counseling department in 1985, and the priests were struggling to address the mental health needs of their parishioners. The priests hired a counselor, and he started and became quite ill. We joined before he became ill and took over.

It was really in response to the fact that the priests wanted to be able to provide a resource for their parishioners that the concept came about. Initially, we worked out of the different parishes. They provided space for us with the understanding we would see their parishioners and we would only charge what they could pay. We did it [that way] for six years.

Being in the parishes, in some situations, it didn't allow for much privacy. You're walking into parish offices, and people would know you would be going to counseling. In 1992, we moved to a building over Labor Day weekend. It was the widow's mite that kept us going.

Deeby: We secured an office space, but we had nothing because everything we used previously belonged to the parishes. We looked at secondhand stores.

During those [first] six years, one of the clients I saw was a woman who had been injured at work. She was divorced and a parent, and she paid $5 to be seen without any questions asked. When Christmas came around, she was struggling with how to provide Christmas gifts for her son, and we started a little program to support moms and children at Christmastime to provide for them.

When I asked her, she said she needed a winter coat for her son, toys, and she wanted a Bible. [Later] she moved to California where her family was because she needed the support. Right before moving to the building we're in now, she called, and much to my surprise, she said she had finally received a settlement for her [work] accident, and she would like to give back to the counseling center.

I suggested she buy a coat or provide support to a family at Christmas, or she could just make a donation to the counseling center. She wanted to do more. She said to send her our startup budget and she'd see what she could do. We met with her a few weeks later for coffee, and she presented us with a $10,000 check. That's how we funded the new building.

Kennedy: So many people have donated their time, talent, financial resources, most in small donations, and have made all the difference in the world. Our staff has grown over the years, which allows us to give services to more people and have a sliding scale so people pay according to their ability.

How do you see the Holy Spirit working through this ministry?

Kennedy: We experienced the Holy Spirit right from the beginning. We were unskilled in finances and always felt the guidance of the Spirit in our stumbling. We believe the Holy Spirit led us to the partners we needed.

What do you bring of your religious vocation to this ministry?

Kennedy: Our vocation has rooted us in a sense of prayer, service and community. We believe that we have instilled our charism of compassion in our staff and believe that compassion permeates our decisions. We also believe that the work we do in many ways is like Mary standing with those in pain. Our mission is based on Catholic social justice teachings.

What has surprised you the most?

Kennedy: The number of people who have committed themselves to support our mission of serving all, regardless of faith or finances.

What type of counseling services do you offer?

We run a medication management program where we have a psychiatric nurse practitioner on staff to evaluate the needs of clients who need medications. Writing a prescription isn't the end of it because if the client is poor and has no insurance, they can't get it filed. We apply for medication scholarships so we can get the prescriptions filled for them. It started in 2006 as a result of client needs. It's important to understand that the medication is coupled with therapy. They have to be in therapy to get the medication.

Kennedy: We offer marriage prep classes. Couples can take a weekend class that we offer, or if they choose, they can take the FOCCUS inventory, and we provide them with three counseling sessions on their history, the results of the inventory and any other issues they foresee.

What are your plans moving forward?

Kennedy: One of the things we have noticed is that there is a void in opportunities for mental health for the Hispanic community in Portland. We are researching how to best address those needs and trying to find a Spanish-speaking therapist. It's about meeting the needs, and that's a big need right now.

What has changed over the years in people you see?

Kennedy: I think the need for a healthy human interaction is huge. I think we've become a complacent, almost violent society, and I think in our innermost souls, we don't want to be that way, and that's why they seek help.

Deeby: People have an inner spirit that is much stronger than they realize, and our role is to help bring that out so they can help themselves. What we do has a ripple effect. When you are helping an adult, you're helping an entire family. It helps them be better parents or partners or community members.

Do you treat children?

Kennedy: We do treat children. There's more anxiety in kids today than we'd like to say.

Deeby: We give special attention to women and children because in many cases, the mothers are both mother and father and are the most marginalized in society. We've developed a fundraiser just to support that cause.

Any lessons you've gathered through your work that you think could benefit others?

Kennedy: Have a dream, work hard, trust, and invite.

[Elizabeth A. Elliott is a former NCR Bertelsen intern. She is also a former member of the Servants of Mary community.] 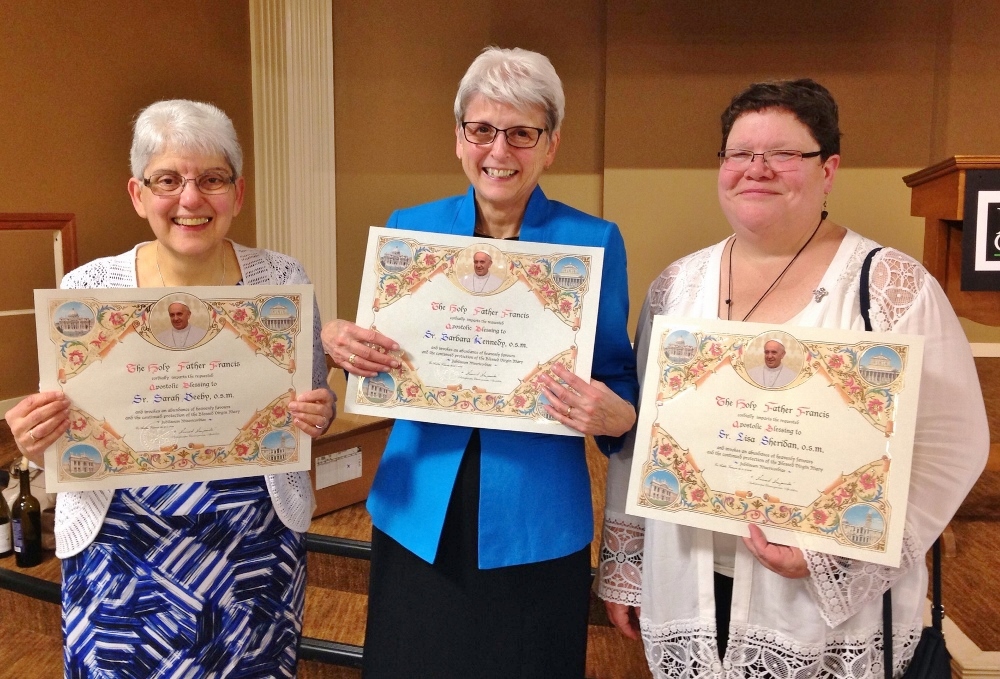