Srs. Berta Sailer and Corita Bussanmas are known as "rabble-rousers" among their friends, peers and the Kansas City-St. Joseph Diocese.

In addition to adopting four children and fostering close to 75 more, in 1971, these two Sisters of Charity of the Blessed Virgin Mary opened Operation Breakthrough, a nonprofit early-education center and social service facility in Kansas City.

Today, Operation Breakthrough is one of the largest providers of early education, health care and parenting programming in Missouri, serving more than 400 children and their families daily.

GSR: Could you two elaborate on why you're considered "rabble-rousers"?

Sailer: We did something that everyone opposed. The Catholic Church didn't like it. We became foster parents. We adopted some kids and of course, that was unheard of for nuns to adopt kids. And then we decided to open the center. Almost everybody except the parents were unhappy. The church was unhappy. Whoever heard of nuns adopting kids? But I think since then a lot of them have been adopting.

Why was the idea of nuns adopting children so taboo back then?

Sailer: I don't know. I don't think anyone gave it any thought, really. It was just something different. In those days, different stuff didn't work.

What made you think to adopt and foster children?

Bussanmas: Oh, we were with kids all day long. We were at the day care center with thousands of kids every day.

Was it a problem with the system that prompted you to help these kids out?

Sailer: There's still a problem with the system. We just decided that what we'd do is stick with the kids as long as we could. We antagonize everyone in this city.

Bussanmas: Back then, minimum wage was $1.10 an hour, and parents would stretch that money real thin to take care of their kids. But really, when you think that for that little bit of money, they stretched it so far, it was remarkable.

Sailer: And people looked down on these women, as they're poor. Most of them were just trying to make it. And that's still true today.

In what ways do you think the system needs to change?

Sailer: I think we need to make kids a priority.

Bussanmas: Definitely the emphasis needs to be placed on the children and the goodness of how kids really are out to please you. It's the thing that makes you the happiest.

I know you said the system still needs work, but do you see any progress among low-income families in Kansas City as opposed to 1971?

Sailer: I know people are poorer than they used to be. The needs are greater. There's more people trying to help, I think, but there are so many rules now. We didn't pay attention to any rules back then.

Bussanmas: Well, there were no rules. That's when Model Cities [a 1966-71 federal program under the Lyndon Johnson administration that sought to create jobs and foster a new generation of black leaders] were coming into vogue. The government started telling people what to do with their money and what they weren't going to do with their money. So really, yeah, there's change.

Sailer: So they made a rule and we didn't like it. We just ignored it. That was a long time ago.

Is there a particular story or memory from Operation Breakthrough that strikes you?

Sailer: A lot of the kids try so hard to make it, and for every step forward they take, something happens and they have to go back some. It's a wonder that they keep struggling.

Bussanmas: I'm not a worrywart. I don't worry about kids. I can be concerned about them, but I don't really worry. Worrying is the perfect waste of time. I'm concerned that they're making the right choices that will lead them on a straight path instead of down a narrow road that will lead them to destruction.

Sailer: I do the worrying.

Do you go back and see the children?

Sailer: Oh, yeah. We try to provide support for them.

Bussanmas: We go down there, but we don't work like we used to.

Sailer: We've been there forever.

Is there anything else you would like to say about Operation Breakthrough?

Sailer: We want it to continue after we're dead. 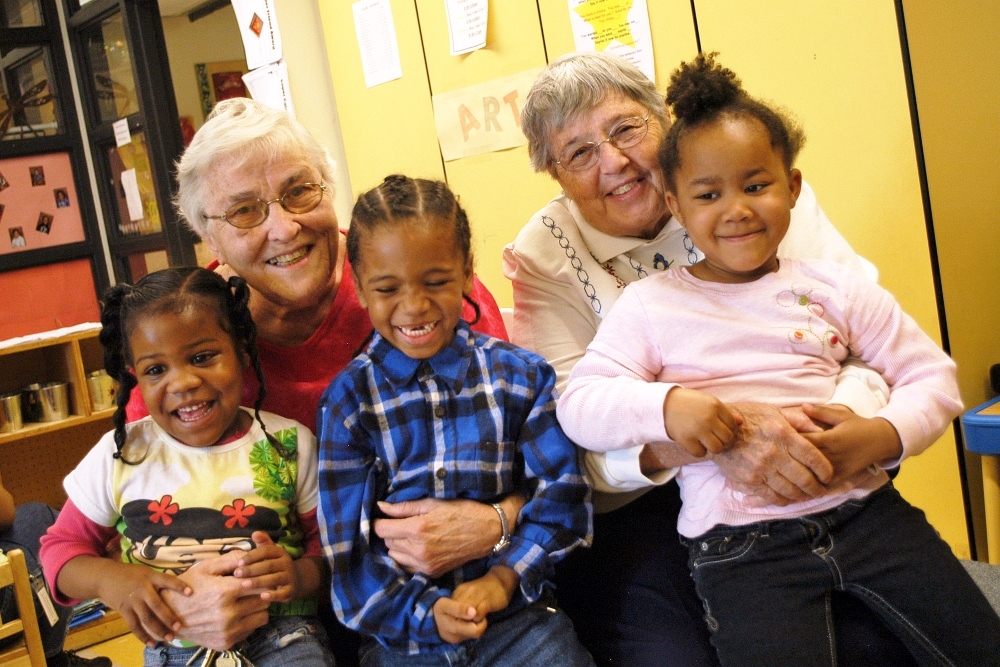