• More than six weeks after earthquake, sisters in Ecuador continue to coordinate relief 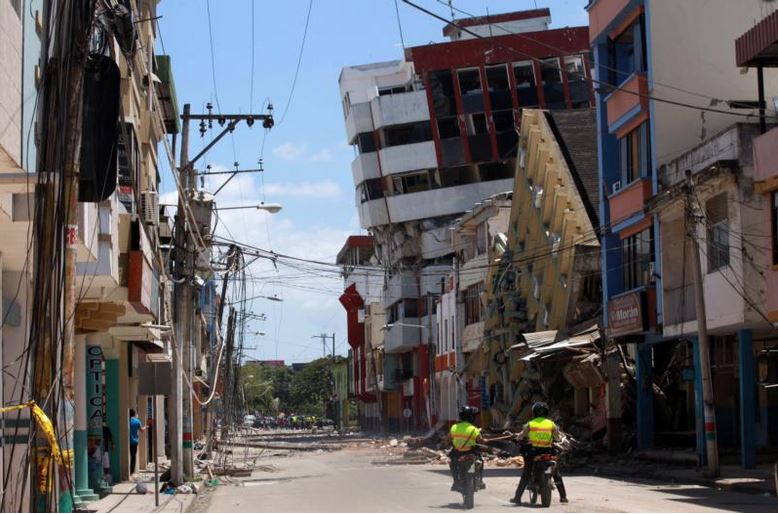 Canoa, Ecuador — Since Ecuador's April 16 earthquake, two Franciscan communities have had sisters on the ground here accompanying people through their grieving and recovery process.

Sr. Carmen Isabel Faris is from the Ecuador-based Franciscan Missionary Sisters of Maria Auxiliadora, and Sr. Matilde Solis arrived in Ecuador two weeks after the natural disaster from the Panama-based Franciscan Sisters of Maria Inmaculada. Their congregations have been working together to support the people of Canoa, a town that suffered severe damage during the 7.8 magnitude earthquake. Thirty-six of the 661 people who died from the earthquake were from this community.

Since the quake destroyed the convent in Canoa, the sisters have been living in makeshift tents while they aid those in need. Faris and Solis sat down with Global Sisters Report to share their experience of offering relief to affected families.

GSR: Where were you when the earthquake occurred? What was the experience like?

Faris: That day, we had a meeting with a priest from the parish of San Vicente, and we had a 15-year anniversary Mass at 7:30 at night. So we were putting things together, and I was on the second story of our convent, which no longer exists. So when I noticed that there was a strong shaking [just before 7 p.m., when the earthquake hit], I said to myself, 'There's going to be an earthquake, I better get down the stairs.' And then I couldn't get down them balanced, so I was holding on and holding on. I got to the wall, and I got to the door, and when I got out, it was really something incredible.

At that point I couldn't stand. I had to really hold on to the door or I would have fallen to the ground. So when I was holding on like that, I saw the church across the street — all of the walls were falling down, all of them. And I felt that the walls of [our] house that were falling. It was really incredible.

It was unforgettable, the sound of the houses that were falling down in the town, the cries of the people and their desperation. Within five minutes, the people started coming up the hill. They were coming, they were crying, they were despairing. And we were scared, too. We didn't know what to do. But thanks to God, God himself gave us strength to say to the people, 'Nothing else will happen. Let's pray to God that he has mercy on us.' That's what we were saying. The people came, and they prayed.

There were just so many injured people. A couple of people died here. But there was nothing you could do yet, nothing at all. So we began to treat and wash the injured people. We gave them medicine and some things to calm them down. They were injured. There was a man whose legs were smashed and completely bruised. And it was something in which you could feel the pain of the people.

And so we're still here to tell the story, because God doesn't want us to go quite yet. And so when I think about the mission, I say, 'What should I do here?' Just like the people. 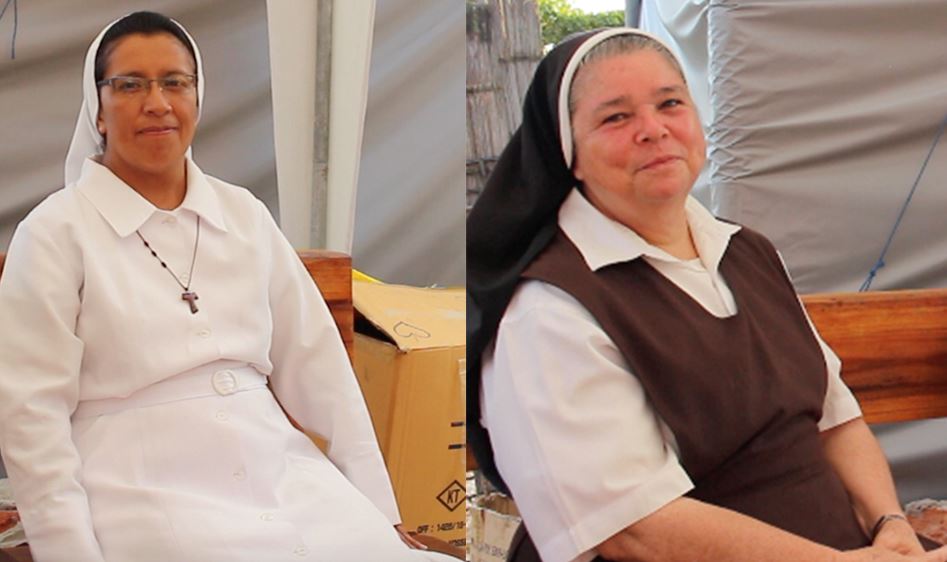 Faris: I say that God acts through the people. We haven't been hungry. Well, in that first day we didn't even remember to eat — we weren't thirsty, we weren't tired. It was like everything else didn't matter.

We, for example, are helping by being close to the people, listening to them, and what they bring to us we also share with the people in need and also with the people who need the word of God. Mostly just being close by and listening to them. They've asked for priests. But we're also here, visiting the sick, tent by tent, where they are, how they're living. And in that way, we're reaching out to them as well.

What has your experience been in the recovery efforts?

Faris: We're collaborating. It seems very necessary, very important, because it's going to support and be with the people in their grieving process, and maybe giving them hope in some moments, right? But their houses are destroyed, so we tell them, 'Let's keep moving forward. You're not alone — the whole world is accompanying you.' And plant a bit that seed of hope in their hearts, which is what they need in this moment. To collaborate not materially, but rather, with service.

It's been a job of going from tent to tent, refuge to refuge, and that requires time, and it's exhausting, plus the weather. They've felt the climate, which is quite strong. But you definitely perceive the strength from above — the grace of God. Because in any other way, one would tire out in just a few hours, but the Lord offers his grace.

Each day, you get the necessary energy and grace to be able to get out to the people. It's being with the people that's important — being. Of listening and being with them — of visiting them, of lifting their spirits.

In the days since the earthquake and the aftershocks, have you seen a persistent trauma in the people?

Solis: Yes. There's a lot of fear. During the last aftershock, seven days ago [which happened around 11 a.m. May 18], there was a quake that was 7.1 magnitude, which is very strong. We were casually going around visiting, and it caught us in the street.

But one sees that the people have this big fear that another earthquake will come, and they are just filled with so much fear and terror. And so you say, 'But that just can't be.'

I said, 'Look here, at least in my words and from my experience, the earth is just settling down. It's just a little one — it'll pass, it'll pass. Relax, it's over now.'

So you have to overcome your own fear that you might feel and keep helping others. But yes, there's a lot of fear.

Praying is the first thing we do. We implore the grace and mercy of God because he has the power to calm these natural forces, so we go from there. We go praying and working in what we can, right? It's a job that takes time. It doesn't happen overnight.

So now that the earthquake and aftershocks have hopefully passed, how do you see the future of this town and all of Ecuador?

I tell the people, 'We aren't without hands or without legs. Those we have, so we can move forward.' Because of course we are afraid that another tremor could come or another earthquake. But we have to learn to live with the nature that. Like Sister Matilde said, it's not something from another world but from our own. Sometimes we don't know how to take care of the earth. We have to get through this, and with the help of the others.

Solis: I tell them, 'You all can't think that you're suffering alone. Even the sisters don't have a house; they're living in tents. Nevertheless, they move forward, helping and energizing the people, no? So we all have to lift ourselves up from this reality.'

And so I think that it will all be OK. It's a process. One can hope that by tomorrow, it will all be fixed, but you have to have patience, too. And yes, yes, the people want to move forward. And there is an enthusiasm to keep going, because everyone knows they're not alone. The future is moving forward.

Ministry | Q & A with Srs. Carmen Faris and Matilde Solis, accompanying those affected by Ecuador earthquake