by a GSR contributor
Q&As 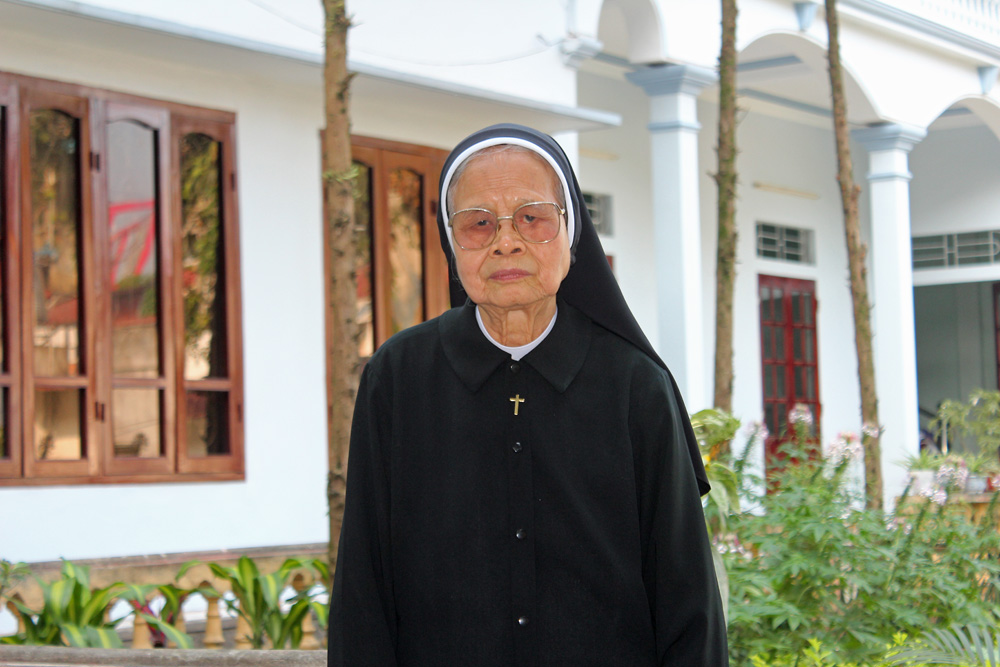 Sr Anna Do Thi Tam, who witnessed the sufferings of Catholics in northern Vietnam. (GSR photo)

Yen Bai City, Vietnam — Sr. Anna Do Thi Tam witnessed mass starvation and persecution of Catholics in northern Vietnam from the 1940s to the 1970s.

The state-run Institute of History says an estimated 2 million people in northern Vietnam died in the 1944-1945 famine caused by natural disasters and by Japanese and French invaders who allegedly pillaged crops during World War II.

After that, northern Vietnam's communist government launched a land-reform campaign that aimed to kill landowners who were classified as enemies of the government and confiscate their properties.

The 1952-1956 campaign killed somewhere between thousands and tens of thousands of victims — the government has kept the official number secret. People today can hardly forget the brutal massacre.

Even though she is 89, Tam has good eyesight and hearing. The former superior of Hung Hoa Lovers of the Holy Cross Congregation is based in Yen Bai Community in Yen Bai City, northern Vietnam.

She spoke with Global Sisters Report about suffering, starvation and land-reform practices she and other sisters faced.

GSR: How did sisters overcome the mass starvation?

Tam: The terrible famine took place in northern provinces in 1944-1945. I was told that Japanese soldiers grabbed food and crops from people to supply to soldiers in other places in the world. 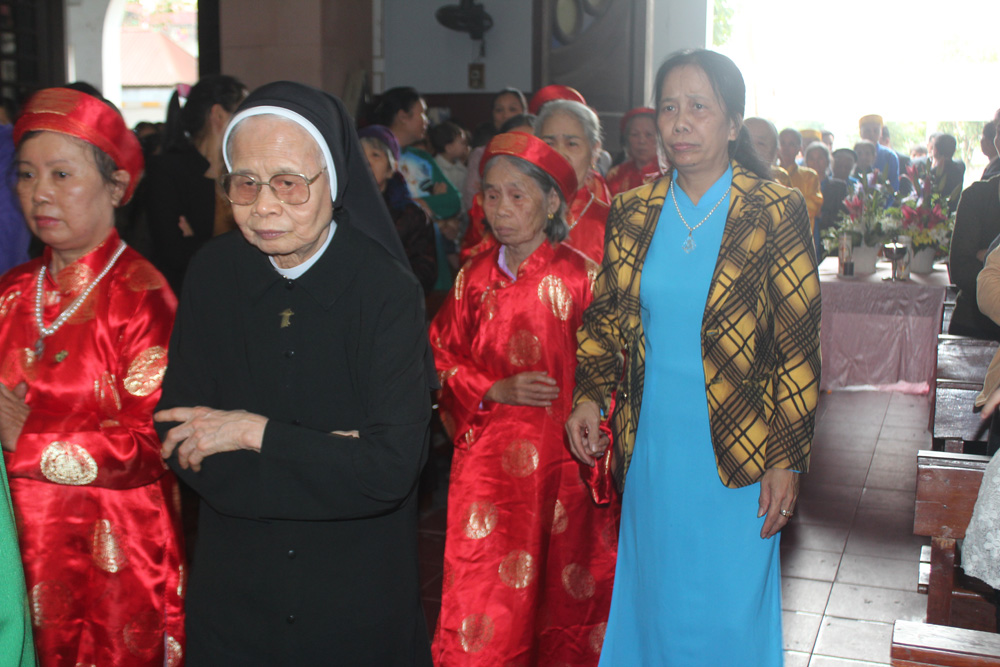 Sr. Anna Do Thi Tam and others attended a special Mass for people ages 70s-90s in Yen Bai Church on Feb. 5. (Joseph Nguyen)

People were very thin, almost to the point of emaciation, lying on streets in Yen Bai. They moved from other places. They wore ragged clothes and had nothing to eat. We had nothing to give them.

We sisters also suffered lack of food and had to collect vegetables and roots in forests for our food. We saw many people die of hunger, with twisted bodies lying on roads. That was a terrible scene to see.

In March 1945, when World War II began to come to an end, communists told people to open food storehouses and deliver to people.

In the following year, communist troops forced people to destroy and even burn their houses and move to forests to fight against the invading French forces. People, including us, had to carry our belongings on shoulders to forests.

We stayed in forests for months and ate vegetables and roots. But none of us died of hunger, thank God. Later, we moved to stay with Fr. Peter Nguyen Kim Dinh of Vat Lam Church. The church had farms to support us for years until the priest was killed by communists on June 20, 1954.

How did Catholics suffer in this terrible period?

The land reform was the most terrifying experience I had in my life. Old priests decided to stay with Catholics rather than trying to move to southern Vietnam to avoid persecution of communists. They were wrongly denounced as reactionaries, landlords, lewd persons and the like in public places. Then they were imprisoned and unjustly killed by communists.

Fr. Dinh was a holy priest who loved and supported all people. When night fell, officials gathered villagers and forced them to denounce him without evidence. We sisters pretended to be sick and made ourselves vomit so as not to speak things against the priest.

One day, I saw through the convent's window Fr. Dinh, with his arms roped behind his back, was taken to the convent and forced to say last words with us, but he spoke nothing. Two days later, some Catholics told us that he was shot in the head three times while was tied to a pole on a hill. His body has not been found.

Authorities also imprisoned many lay leaders of the parish from months to decades and confiscated all their properties to share with one another. Relatives of victims were abandoned and isolated to death.

We lived in extreme fear, but no one was arrested or harassed. Later, our superior asked us to move to the motherhouse in Son Tay, near Hung Hoa Bishop's House, in 1957. We returned to restore the convent in Yen Bai in 1975.

In the following decades, people had to suffer lack of food, clothes, medicine and other basic needs due to natural disasters and the government's collective farming policies.

How did you overcome such terrors?

We are only servants, and God keeps us from dangers. We prayed hard for people to be safe and enjoy peace. We supported one another and put our life in God.

Many churches and convents were ruined by bombs in wars lasting decades. We had to lie on the ground or in trenches to avoid bullets while French and communist forces fought against one another.

In the 1980s and 1990s, religious activities were restricted, and we suffered persecution from the government. I used to be questioned by police about the convent's pastoral and charitable activities. 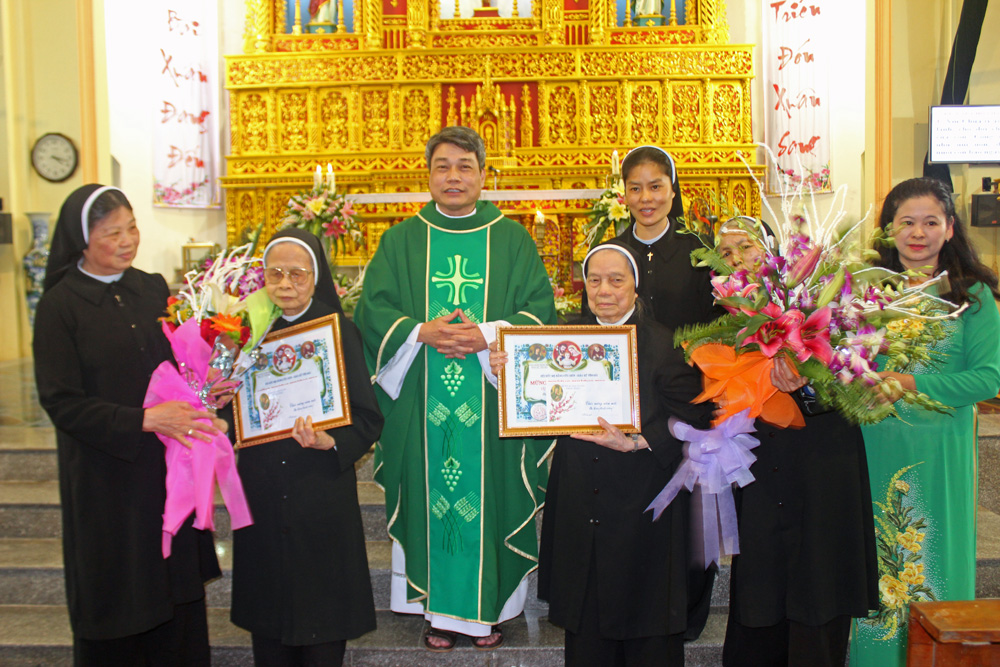 Are you satisfied with your consecrated life?

I consecrate my life to God and am happy to carry the cross he gives me. It is only by the special grace of God that I have lived a healthy life. My experience is that I accept all things as they are and appeal to God to guide me to deal with them properly.

Q&As | Q & A with Sister Anna Do Thi Tam, eyewitness of persecution of Catholics in northern Vietnam

Q & A with Sr. Jayanthi Simon