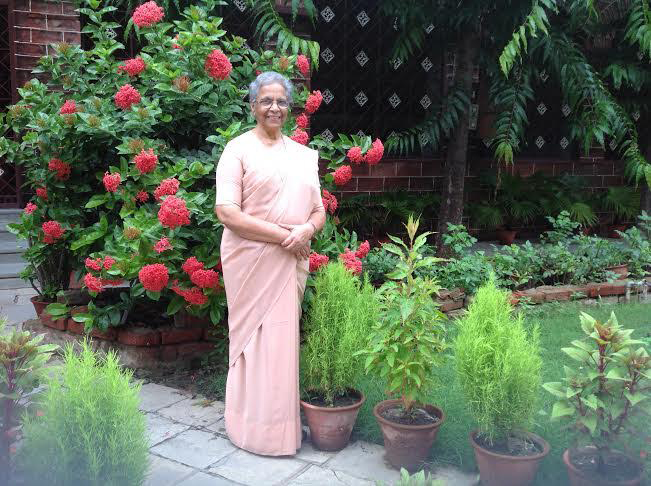 Mumbai, India — Sr. Cyrilla Chakkalakal is the fourth Indian to head the Franciscan Sisters of St. Mary of the Holy Angels, which was founded in France in 1871. The congregation is active in seven countries, but 350 of its 500 members are Indian.

Chakkalakal has served as the congregation's India provincial for 12 years. She is also a member of the Satya Shodak (a group of female theologians and grassroots theologians) as well as a member of Indian Women Theologians Forum.

For 22 years, Chakkalakal worked as a house parent at Snehasadan ("Home of Love"), which the Jesuits started in Mumbai in 1962 for street children. It was in this house that two nuns, Chakkalakal's companions, were murdered on Nov. 16, 1990.

Chakkalakal was away when the crime took place. No one was arrested for the murders, and the press was accused of being unethical after publishing reports that the sisters were sexually active.

The incident and the subsequent agony Chakkalakal underwent prompted her to write a book, Walking with the Angels, about her experience and reflections. She discussed her current job as well as her book with Global Sisters Report.

GSR: Why do more and more Asians get elected to lead international congregations?

Chakkalakal: There are many reasons. First, it is because there have been only a few vocations in Europe. At the same time, Asia has young and active nuns. The number of sisters in Europe is dwindling and aging. Earlier batches of nuns in Europe used to be around 100 or more people. Now, European congregations get hardly 10 new members.

Asia has a vibrant Christianity with members willing to plunge into new missions. It is universally accepted that deep spirituality is the hallmark of the Asian continent. The new leadership is emerging from countries that were once colonized by the West. The healthy blend of indigenous cultures with foreign influence makes people adaptable.

What are the challenges for the leaders from Asia?

We have to deal with the superiority complex of the Westerners or whites who are afraid to let things go. The Westerners are very traditional in their way of living the religious life. They do not interact sufficiently with different cultures. So they lack openness and readiness to accept differences.

Europeans are naturally more theoretical and organized. Asians, on the other hand, are concerned about human-centered approach, social outreach and understanding. At the same time, both the West and the East want to impose one's cultural norms on the other. What is required is to be flexible, to adopt styles that help us respond the best way to the needs of the mission animated by the same spiritual quest that had guided the founders. 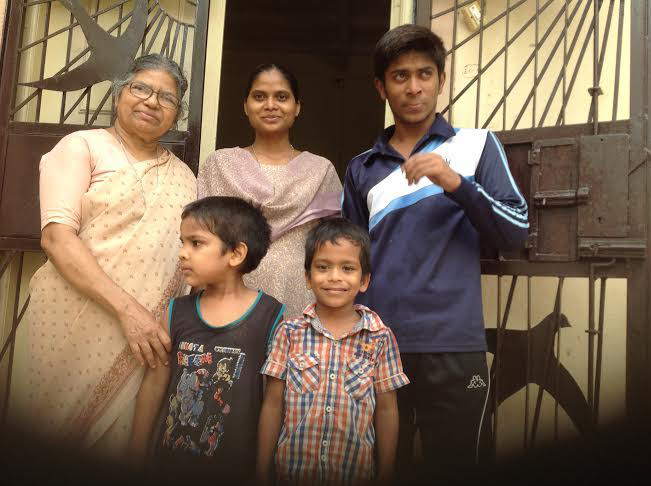 Two Franciscan Sisters of St. Mary of the Holy Angels work at Snehasadan, a home for street children in Mumbai, India (Provided photo)

What do people from Asia bring to those congregations?

We help congregations respect different cultures. We help them to be more open to spirituality, understanding of mission, style of life, and languages. Asians pay greater attention to the option for the poor and show greater willingness to share their personnel and finances with others.

The lifestyle of Asians is marked by a spirituality of certain depth, interiority, silence, peace and serenity. Even our European counterparts appreciate our ability to sense the sacred in everything.

We trust in the divine providence as we opt for a simple lifestyle, to be at the periphery with the marginalized. We live constantly with "the smell of the sheep," as Pope Francis puts it. Most Asian religious live with the poor and marginalized.

What are the changes in the congregations because of the Asian leadership?

We promote interreligious dialogue. We have a greater sense of confidence and responsibility. We bring more simplicity, openness and lively spirit and hope. We also feel that it is our responsibility now to evangelize the West.

What are the challenges facing your congregation? How do you tackle those challenges?

The number of aging sisters is a major concern, besides dwindling vocations. We find the faith and commitment of the new members is shaky. They lack enthusiasm and passion for the mission. They are reluctant to take challenging tasks and tend to opt for traditional forms of apostolate that are comfortable and safe. There is a fear to tread new paths and take risks. The young people have low endurance level. They lack competence and confidence to be effective religious in the modern world. Sometimes some congregations choose members and sacrifice quality for quantity.

How do you tackle this problem?

We encourage our sisters to be more Gospel-centered. We tell them to read the Word of God daily and apply it to their daily life.

From the initial stage of formation, we organize exposure programs in areas that offer them plenty of opportunities to meet the poor. When we work with the poor, visit their homes and share our lives with them, we enter the world of those on the margins. We get new understanding of God, prayer, faith, religious life.

Is that the reason you wrote a book?

No. The book is based on the murder of the two nuns.

I wanted to share my rich experience of living with the homeless without security and comfort. It was a nontraditional apostolate with no blueprint to follow. It was tough, but it gave me a sense of joy and fulfillment as a religious. It was here that I realized the worth of religious life.

I have experienced that when we take risks, the rewards are great. We have to take the plunge if we dare to do something new and relevant. When we dare, we would see God transforming us.

What are the highlights of the book? What does it say?

The book highlights my experience of living and working with the homeless street children, mainly boys.

My book says it is easy to do traditional works of a Catholic nun. New forms are tough, but they are rewarding. They help us to grow.

Our life with the street children had its ups and downs. We had to be spontaneous, resourceful, innovative and creative in our planning and organizing programs for them. For example, as religious, we are used to morning prayers, Mass and breakfast before 8 a.m. In Snehasadan, we begin our morning prayer after 9 a.m., after all children go to school.

When we live and work with the street children, we can be vulnerable. Our only security is God. God's presence is tangible when we are in pain or in a crisis.

We went through unimaginable pain and agony after the sisters' murder. Few people, even in the church and congregations, came forward to help us in our trouble.

Those who came forward to organize the first anniversary of the sisters' death were all people from other religions. The experience helped us understand the plight of the poor women who face rape, harassment, murder and violence.

We had to bear the pain alone. No matter how much support and help we may get, we have to go through the pain and struggle alone.

Why didn't the murdered nuns get justice even after 25 years?

I have no answer. Money and power control everything.

We still do not know who killed them or why they were killed. There was no robbery and, of course, there was nothing to rob, either.

I see very little chance in the current political scenario for the truth to come out. I wonder if the system wants to find the culprits at all.

However, the event has helped us understand how deep corruption has spread in society. We can now empathize better with the poor and marginalized women. As religious, we also realized what could not be changed has to be endured, just as the poor do.

How did the allegations against the sisters affect the case?

Allegation of sex is a trump card in cases of violence against women, especially rape and murder. The anger and fury of the people at the incident subsided with the first report published immediately after the burial. The headline read, "Sex, nuns, murder."

That changed the public opinion. Our provincial wrote refuting the allegation, but no leading papers published it. We felt utter helplessness as we could not get solace in any way. All doors were shut to us except the Lord's. We kept repeating that the reports were false, but nobody listened to us. We did all we could, but the vested interests had their way.

How was the church reaction?

The response of the church and society in that painful situation did not rise to our expectation. Yet I do not hold anyone responsible as this was the first case of Catholic nuns getting murdered in India. The church was not prepared for such crisis situations. Even among some religious congregations, the prominent feeling was of gratitude to God because the murdered sisters were not their members.

Everything was so bleak. Women religious and women's groups from all walks of life and faiths came to our support.

How did the murders affect your congregation's activities?

The incident increased the feeling of insecurity and fear among the sisters. We felt the need to fortify the buildings and make them more secure. Some felt that we should not accept projects in remote villages. For them, safety and security was more important.

However, the majority of us felt that we should carry on with our ministry to the poor and the marginalized, the street children. We were convinced Jesus had called us to insecurity because he wants us to follow him. We have to trust in God's providence. Certainly we must be prudent and take necessary steps to prevent situations that could be detrimental.

Many young nuns came forward to work with the street children. We still carry on the work, and today we have one home for the boys and another for the girls, and the sisters are happy to serve them.

Q&As | Q & A with Sr. Cyrilla Chakkalakal on the challenges of being an Asian leader

Q & A with Sr. Jayanthi Simon

Q & A with Sr. Sue Mosteller, on the 'school of life' at L'Arche Daybreak

Q & A with Sr. Mary Francis Wangare, reconciling Christians and Muslims in Kenya