Q & A with Sr. Dolores Liptak 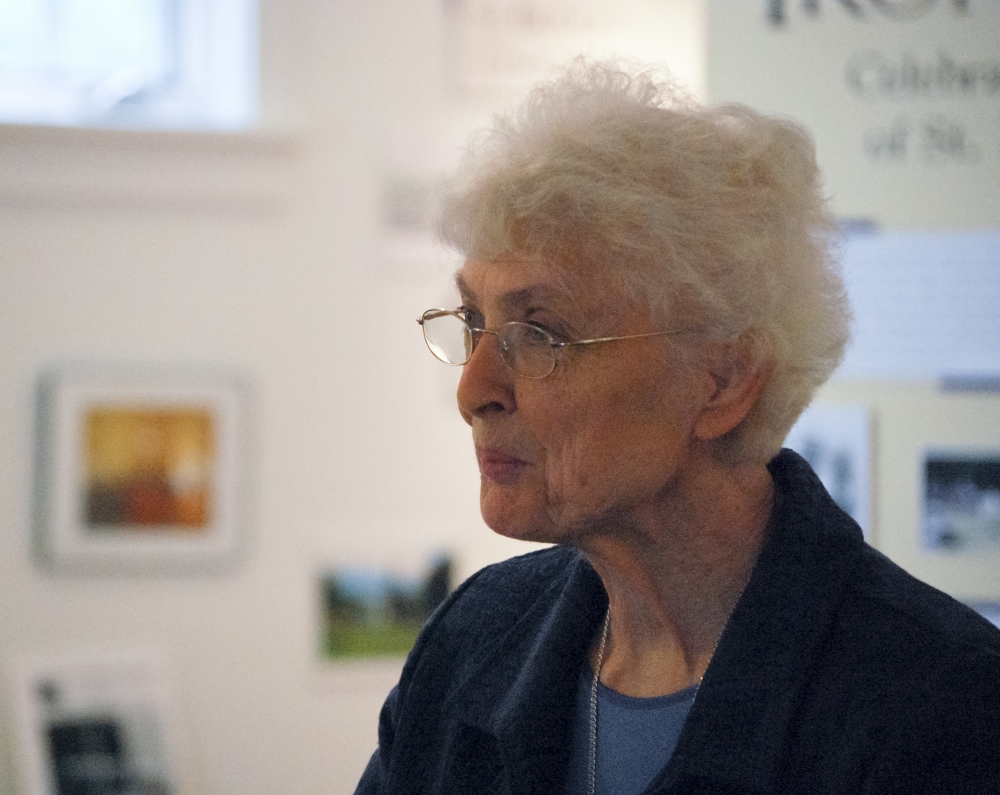 Sister of Mercy Delores Liptak is a professor of church history at Holy Apostles College and Seminary. (Courtesy of Catholic Transcript / catholictranscript.org)

In January 2009, historian and Sister of Mercy of the Americas Dolores Liptak got a call from Mother Mary Clare Millea. Millea had just been asked to head the apostolic visitation to U.S. women religious, and in preparation for the task, she wanted to know more about the history of the sisters' U.S. experience -- a topic on which Liptak has edited several books.

Millea had heard about Liptak through several novices in her community, the Apostles of the Sacred Heart of Jesus, who were taking a church history class with Liptak at the Holy Apostles College and Seminary in Cromwell, Connecticut. The two women spoke for about three hours, after which Millea asked Liptak to join the visitation team. The rest of the team would benefit from a similar primer, Millea thought. And so Liptak joined the visitation team.

Last month, Liptak talked to Global Sisters Report about her experience as part of the team.

The apostolic visitation became rather controversial. Did you ever have any reservations about being part of the team?

No. I knew it was a good idea — why shouldn’t sisters think about the state of their lives and the overall experience of women religious since we began 'experimentation' in the 1960s? An evaluation of the quality of life which we had been living was quite overdue, and I couldn't imagine anyone objecting to that.

Were you surprised, then, when people did object?

I had no idea it would be so badly received. I in no way want to criticize, though. To me, it is always appropriate to evaluate the progress of an experiment with the help of outside consultants; it’s an essential part of any large operation — a school, a hospital, a business, etc. I believe in research as one means of finding the truth.

Besides, I was aware that there were prior attempts to do this — especially the study done by David Nygren and Miriam Ukeritis; they published an excellent statistical analysis in the 1990s. We all gathered to hear their analysis, as I recall.

Was it difficult to be a part of the team when so many people were objecting to the visitation?

For me, this is my life and vocation: a search for truth and then trying to live it out despite the unpopularity. To support the visitation was something that simply made sense to me — remaining with the process was my particular way of answering my vocational call. That's what sisters do, regardless of how the direction of their call is perceived. We search for the way, the truth and the life.

So what were your actual responsibilities as part of the visitation team?

They were anything that involved my own expertise in history. I did evaluations, gave the presentation about the history of sisters and helped summarize reports.

What will you take with you from the experience?

The most enjoyable part of it all was knowing that I was contributing to something important that could help all women religious. I also enjoyed working with such great-minded and generous persons – experts in their fields. I grew to admire each of my colleagues; they were such committed religious, and I found them to be truly humble, holy and open-minded.

Most especially, I came to admire Mother Clare. To say the least, she was a true listener, an amazing respecter of persons and an excellent decision-maker. She is my hero. I was especially proud of her when she spoke [at the final report press conference] because I knew the toll she had taken and survived. She had fulfilled a demand that would have been difficult for anyone and had done it with such grace.

Are you happy with the final report? What lasting impact, if any, do you think it will have?

I like it very much because it’s our report — it was what we had said and what we had recommended. As a historian, I know it will have a lasting impact. Fifty or 100 years from now, this will be one piece of the entire picture. What will be said, I don’t know, because it’s all at its own place and time, but the players and the way they played their role will be seen without personal bias.

Editor's note: Thank you to the Catholic Transcript in Hartford for sharing a photograph of Sr. Liptak, who is scheduled to present the first of a two-part of "The Emergence of Black Catholic Women and Men in the United States – A Historical Perspective" on Feb. 21. Click the link to CT's website above for more information.

Q & A with Sr. Joan Mumaw, president of Friends in Solidarity