Sr. Georgette Marjorie Kabong belongs to the Institute of Sisters Franciscan Missionaries of Mary. She has a master's degree in socio-anthropology and management.  For 10 years she worked as coordinator of local projects with the Pensar Institute for Jesuits and as director of the Women's School in Orito, Colombia. From 2008 to 2011, she was part of the provincial counsel in Kinshasa, coordinating the young religious program. Now she works with women who are victims of sexual violence in Goma, Democratic Republic of Congo.

How did you begin working in the ministry with sexually abused women in Goma and why?

We have been experiencing two decades of change in the Democratic Republic of Congo. One of the most significant is the way our society now perceives women, particularly her body and her status. In the recent past, the body of a woman was considered sacred and precious. But, today gender violence is commonplace. The woman’s body is reduced to that of a sexual object; ritualistic fetish practices have multiplied, and throughout the war rape has escalated into a primary weapon.

Who have been the perpetrators of rape in the Goma region?

The perpetrators are primarily soldiers, women and men, but there are also bandits and mercenary militia. They attack women in the forests and mountains when they are out fetching water or gathering wood. Women and children run from their villages to escape pillaging soldiers and end up in one of the four camps for the displaced in the Goma region. Many of the people are victims of weaponry, and many are rape victims. People may stay in the camps for years hoping to avoid the rebels and the soldiers alike, but even here there is little safety from being raped. Women must still find ways to feed their children because since October 2013 the government declared an end to the war and so it no longer provides aid to the displaced.

What happens to the women after they are raped?

Usually someone finds them and helps them home, or using cell phones, notifies families or friends. Unfortunately, families, husbands and even villages reject them. But there are women’s groups who take them to the hospital for first aid and then try to help them. Some eventually realize they have been infected with HIV/AIDS or if impregnated often suffer from fistulas. Depression at times leads to suicide.

How does the government respond to this culture of sexual violence?

Since 2009 the Government of the Democratic Republic of Congo in cooperation with the civil society, technical and financial partners have made it a priority to implement a National Strategy to Combat Violence based on gender, particularly in the provinces experiencing war. This came about as women  shared their experiences. Studies were carried out to process and analyze the data on the rising increase of violence against women. Collection of data has been of utmost importance to create awareness of the magnitude and trends of this scourge. Accurate information is used to guide activities for prevention and for designing more effective programs for rehabilitation. NGO and other civil organizations provide therapies of listening, accompaniment and psycho-spiritual care. Because rape isolates the violated women from their families and from the support they need to survive on every level, the women need training programs to help them recover their sense of well-being and to become economically self-sufficient. Many of them have children and are desperate to find ways to support them.

You are working with this initiative for prevention of sexual violence in areas of conflict. What do you do?

I work in Tulizeni Center. We started this in January 2014. It is a welcoming center that offers direct service to women who have been raped, but also facilitates community mobilization. We work with the media, churches, towns and schools to provide everyone with information. We even use the mobile phone as a tool for prevention and education. The women themselves are the most important educators. They share their stories of surviving such violence. I spend time at the center and also in the camps.

We work with a network of other organizations like Caritas, Jesuit Relief Services, Caritas Australia, religious communities, parishes, medical facilities and schools.

How many women do you serve at the center?

We have about 326 women and girls. About 90 percent of the women are widows whose husbands were killed by attacks on their villages. Eighty percent of the girls are orphans or abandoned by their families. Sixty percent of the current population was impregnated at the time of the rape; some are 12- or 13-year-old girls. Forty percent are now infected with HIV/AIDS or other venereal diseases. About 80 percent of those who get pregnant suffer from fistulas. All have scars from being beaten or cut with machetes or ropes. Ninety-five percent suffer from malnutrition when they arrive.

You spoke about a culture of rape. What does this mean?

Rape is becoming so commonplace that it almost acceptable as a form of domination of one tribe over another or one group over another. Women are the primary targets but young men are also raped.

What would you say are the root causes of sexual violence in the Goma area?

There are many roots: repeated wars from 1996 until now; the climate of insecurity created by conflict; youth following the example of elders who are disrespectful of women; show of power by opportunists and unscrupulous persons occupying positions of authority. Lack of law enforcement is another cause where people are afraid to denounce the perpetrators for fear of impunity.

What do you find the most satisfying part of your work with these women?

Even though my work is mostly with women raped whom I dedicate much of my time in the week, I'm also in the camp and almost every day. For me, it is that we work as a team. The intensity of work is such that we always need people to support us, especially on days of distributions.

The assistance we provide, is mainly our presence and listening, because the people are so vulnerable and need an ear that listens and understands. They appreciate that we pray for them and about them. A hand on the shoulder is sometimes better than any food in the world. 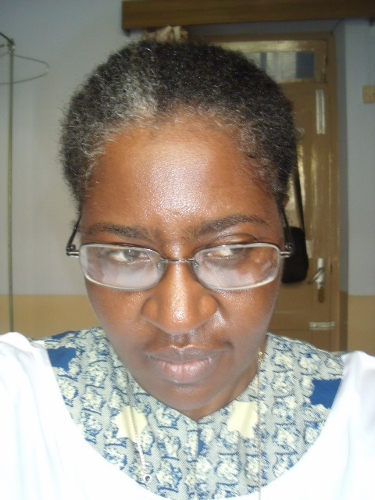 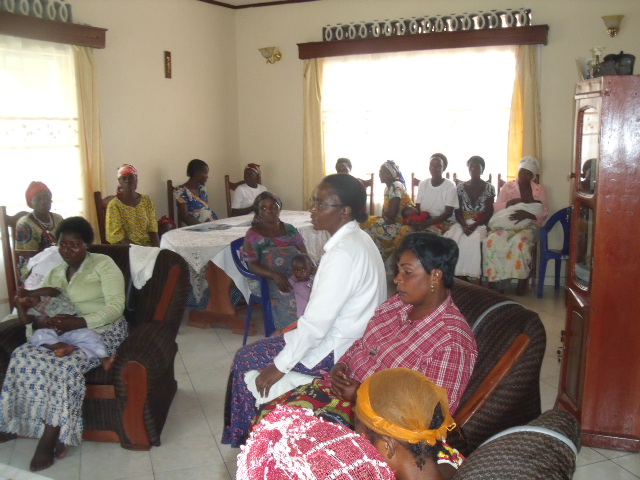 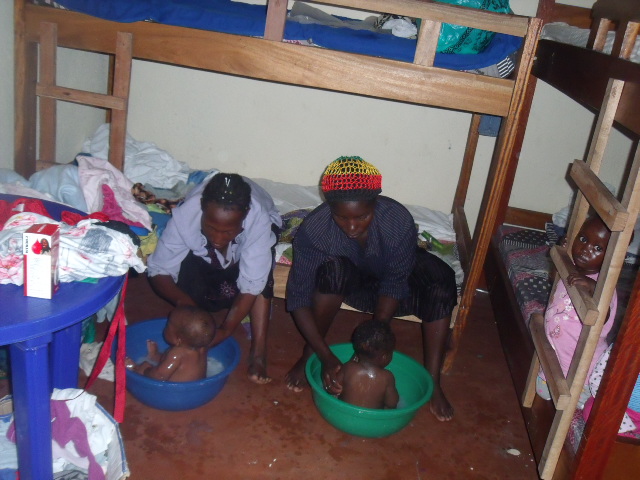