Q & A with Sr. Gertrude Lilly Ihenacho, a centenary of revitalization 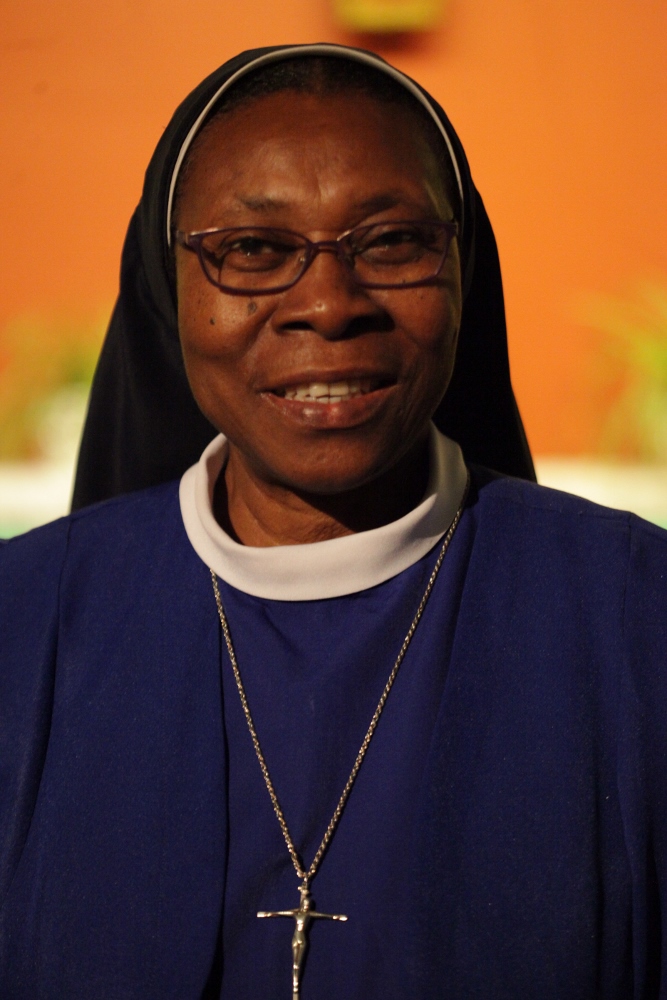 Sr. Gertrude Lilly Ihenacho. (Courtesy of Franciscan Handmaids of the Most Pure Heart of Mary)

Six years ago, the Franciscan Handmaids of the Most Pure Heart of Mary were set to dissolve. The historically black congregation based in Harlem in New York City had a mean age of 81 and no new vocations. But then, in 2010, they had what the community's congregation minister, Sr. Gertrude Lilly Ihenacho, calls a "wake-up call."

Next month, the congregation will celebrate its centennial anniversary with a gala at the New York Academy of Medicine to benefit their St. Benedict's Day Nursery. Last week, Ihenacho spoke with Global Sisters Report about the community's journey from dissolution to revitalization.

GSR: The Franciscan Handmaids of the Most Pure Heart of Mary were one of the first communities of black sisters. Do you think that gives added significance to this centennial celebration?

Ihenacho: Our centennial is special in many ways. One, we have spent 100 years in service to the Lord and the community. It's also special because in the beginning, people never believed that black people could be nuns or sisters. Most of the other black nuns, they can tell you that they were rejected by white communities in those days. So it is special that this is a black community that has served the Lord and community a hundred years, and it's why we are celebrating with the gala on March 29.

When you felt the call to religious life, was it important for you to join a black community? 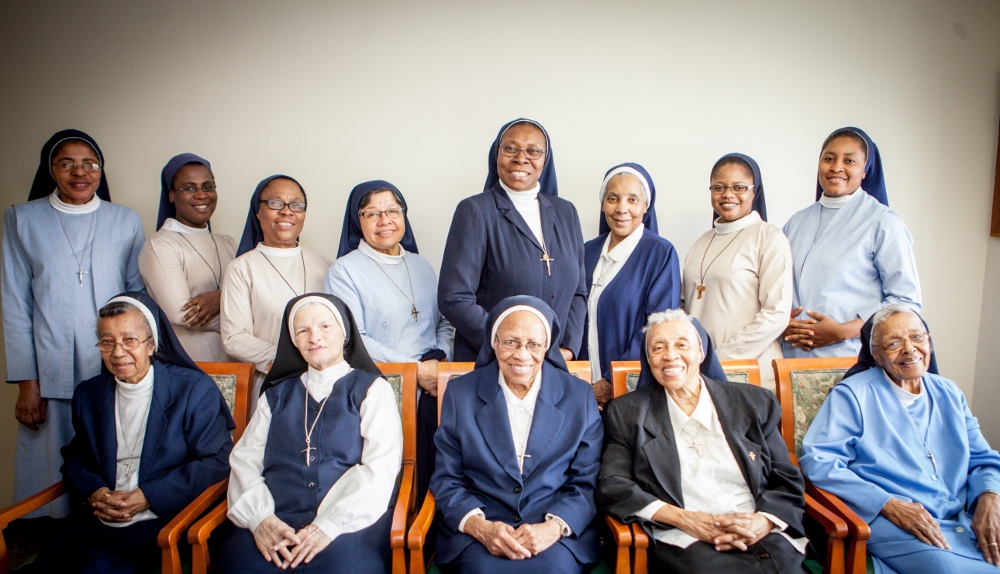 Sisters of FHM today. (Courtesy of Franciscan Handmaids of the Most Pure Heart of Mary)

The Franciscan Handmaids of Mary almost closed. Can you tell me about that?

In 2010, we were at a crossroads, a transition phase in our community. There were three options. We could follow the path of authentic renewal and growth and change, which meant responding to the sign of time, a profound renewal of prayer life and a centeredness in Christ. Option two was the path of minimal survival. We asked ourselves, 'Should we continue doing what we are doing and gradually die away?' The third option was death. Just relax, quench the fire of your spirit or kill the spirit and doze off. Those were the three options we had. But in 2010, we had a message of revitalization through Revelation 3 — through prayer we got this message:

I know your works, that you have the reputation of being live, but you are dead. Be watchful and strengthen what is left, which is going to die, for I have not found your works complete in the sight of my God. Remember then how you accepted and heard it? If you will not wake up, I will come like a thief, and you will not know at what hour I come against you.

And that was a wake-up call for us. 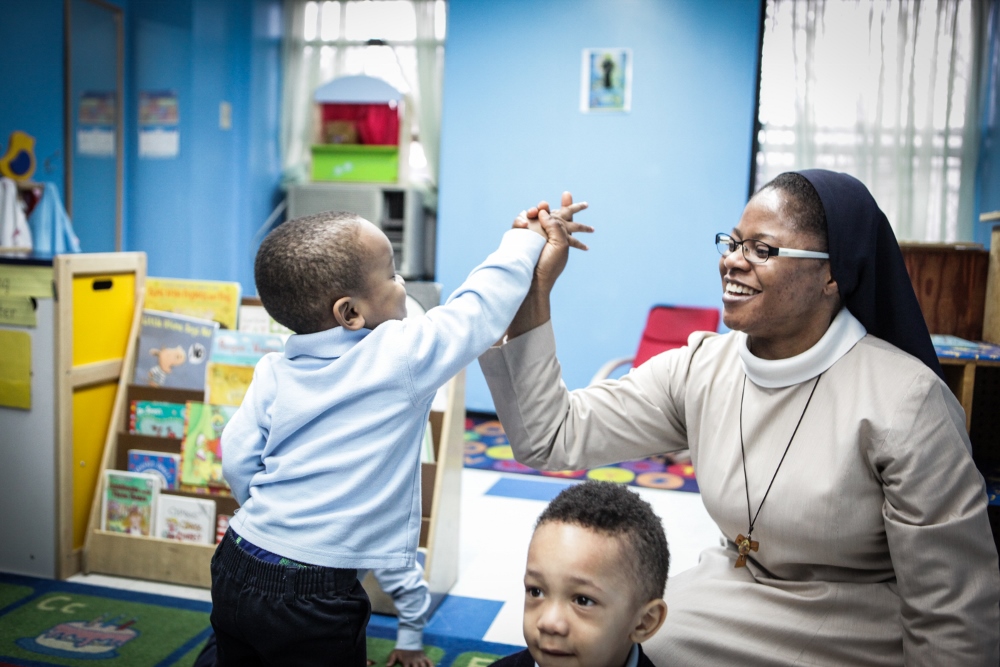 What happened next? How did you start on the path to revitalization, as you call it?

We went into a rocky boat, I tell you that. But the Rock and his mother, Mary, kept appearing and floating us along the way — that was my observation. I felt then, and some of the sisters felt also, their presence. That was for four years. At that time, there was no vocation and, the truth is, we were all going to the Lord and the number was dwindling and dwindling.

Then we got another vision from Our Lady that said, 'Do what he tells you, and take what he gives you.' That was the beginning of renewed confidence. It gave us assurance that we should move forward. By then, we had one or two inquiries about our community, but the boat was still rocky. Then we came to 2014, and we were sure we were about to close. We had our general assembly, but we came out of the chapter — instead of closing — thinking, 'Behold, I am making all things new,' which is in Revelation 21:5. A group of us in the mission mood wanted to respond to the missionary impulse of Pope Francis. That is why we are here today.

The missionary group invoked the protection of Our Lady, and we said, 'Untie the knots of obstacles and difficulties in our way — in our hearts, in our life, in our church, in our society — as we move forward in response to God's call.'

And what has changed since then?

After the assembly was over, I flew to Nigeria, where we have a mission. We had been invited 14 years ago by the bishop to come to the mission, but we didn't accept because we didn't have anyone to send. At this point, I decided to follow the invitation and meet some [candidates] for interviews. We interviewed them and accepted seven, and with the new vocation, we are establishing a permanent house in Nigeria.

St. Benedict [Day Nursery] was almost closed two years ago when we transferred all the kids to a parish school. Now, we aren't closing anymore. One of the novitiates from the Caribbean is now the director. The people who are expanding our ministries are the ones that have entered since 2010.

This would have been a centenary of completion, but now it's a centenary of revitalization — a response to the call of God to go out in mission, and we see ourselves stronger and stronger. We are revitalizing and hoping for another hundred years. 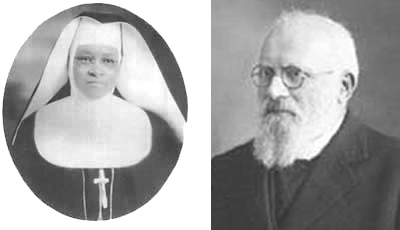 Co-founders Mother Mary Theodor Williams and Fr. Ignatius Lissner. (Courtey of Franciscan Handmaids of the Most Pure Heart of Mary)

Q&As | Q & A with Sr. Gertrude Lilly Ihenacho, a centenary of revitalization

Q & A with Sr. Maureen Gallagher, setting up financial independence paths for women in Mexico

Q & A with Sr. Grace Sbrissa