Sr. Giovanna Rita Sguazza is the provincial of the Comboni Missionary Sisters of South Sudan, coordinating the ministries and formation of more than 50 sisters and networking with religious and civil authorities. Born in Italy, a devoted student and music lover, she left school to help support her family as a young teenager after her father’s health declined. She studied secretarial skills at night, but as she puts it: “That was not my world!” The following is adapted from an autobiographical essay GSR asked her to write.

I was born on June 19, 1945, in a small village, near Milano, Italy. I was the third born in a small, poor family. Mom was very religious; Daddy was not too keen on going to church, but I remember him as an honest, concerned-for-others man. I think that my desire to serve the poor in life came from him. Any needy person who would come to us would be welcomed and made to feel part of the family. My childhood and youth days were happy and rich with friends, mountain climbing, social activities and school companions.

As I was growing up I kept thinking about what to be and what to do with my life. I had a passion for the poor. I wanted to spend my life with some sort of service to those in need. Becoming a sister was never in my plans as I didn’t know sisters and religious life was not part of my environment. But God’s ways are not our ways. One day I drove a friend of mine to the residence of the Comboni Missionary Sisters in Erba. She had to meet someone and for me, God was there waiting and caught me by the tail, so to speak. A sister who had spent years and years in Africa shared her experiences with me. That night I made up my mind. I would become a missionary sister!

However, my plans were not the same as those of my parents. They would not hear of this daughter becoming a sister and a missionary. So, the patient work of pulling them to my side began. As I was attending the program for the candidates, I had to sit hours with my parents to try to convince them that this choice was the right one for me; that I felt happy at the thought of being a missionary; that deep down in my heart I believed that this was an invitation of Jesus particularly for me to become a Comboni sister.

And so it happened:

I joined the Camboni Missionary Sisters in Italy in October 1966, and I became a Comboni Sister in 1969. In 1970 I was sent to the U.S.A. for study and I graduated from Notre Dame College in Cleveland. I spent a few years in the States doing mission promotion, and finally in 1981 I was sent to South Sudan. Africa, which had been my first passion and dream (after God), was finally opening its heart.

War broke out in South Sudan, and in 1992 a group of missionaries in Juba was ordered to leave the country. I spent five years in the States again. In 2008 I was back in South Sudan as provincial leader of 54 sisters in 11 communities. Even  now, though South Sudan is a free, independent country, political and ethnic problems have caused much suffering again to many people in some parts of the country.

Looking back on her life as missionary sister:

I realize that Jesus has been my daily companion and has made my life fuller and richer in so many ways. He has granted me many gifts: peoples, situations, cultures, languages and friends. Trials and challenges have come also on my way, but with God’s grace and with the help of the community I have been able to navigate the stormy waters and reach serenity and peace within and around me.

Editor’s note: Generally, after a civil war, the area referred to today as South Sudan was called the Southern Sudan Autonomous Region from 1972 to 1983; a second civil war began shortly thereafter and was ended by a 2005 peace agreement that established the Autonomous Government of South Sudan. A vote of the people July 9, 2011, created an independent Republic of South Sudan. The BBC has a more detailed history outline. 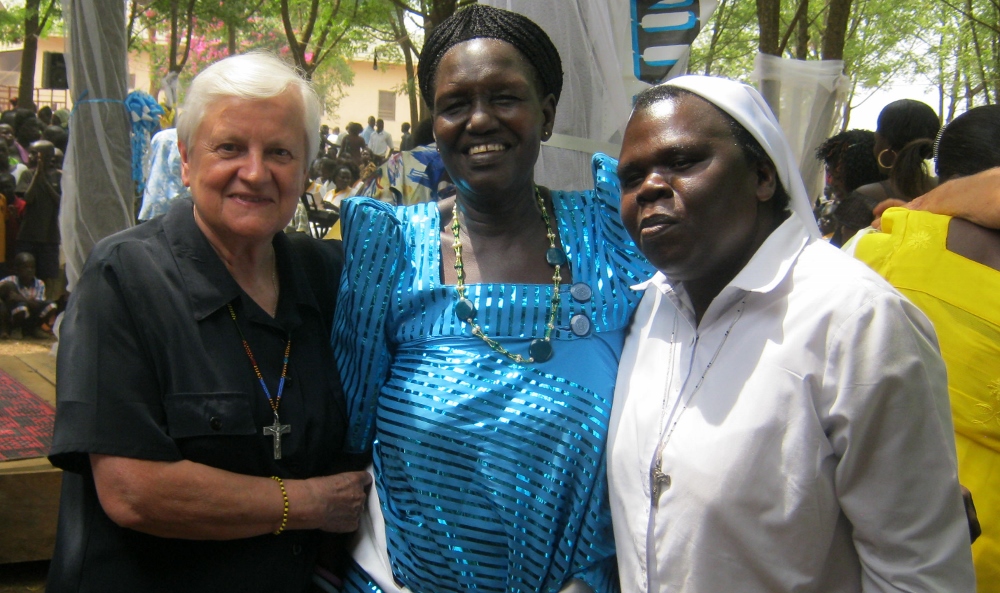