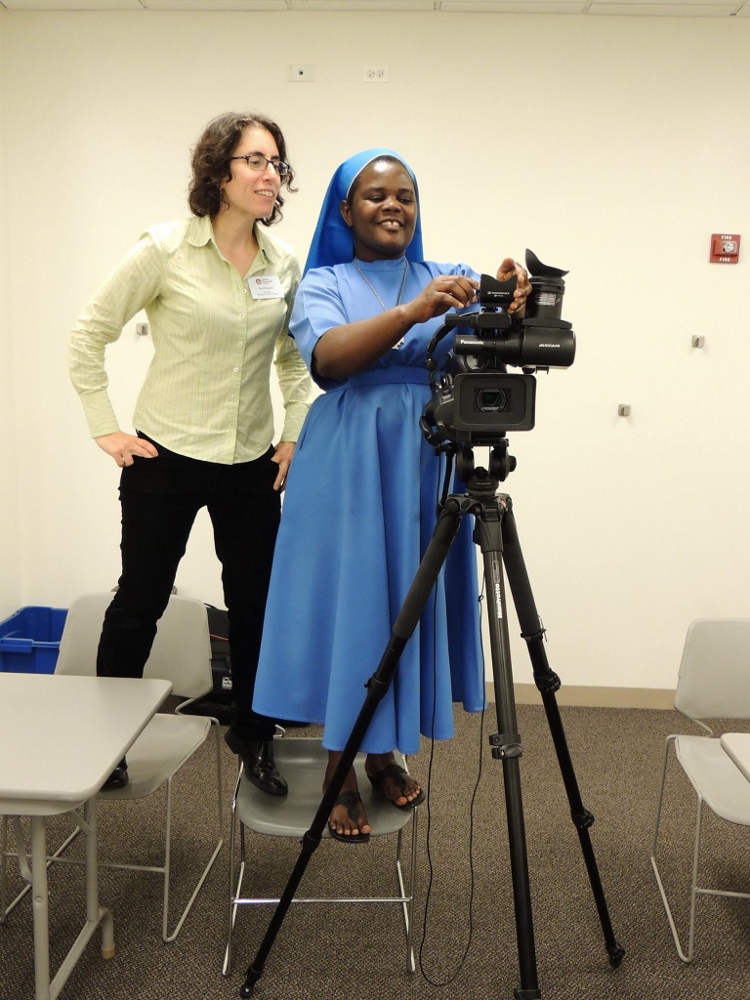 For Sr. Jane Frances Nabakaawa, a Daughter of Mary working on her doctorate in spirituality at Catholic Theological Union, there is a world of difference between Chicago where she studies and her native Uganda.

But her years in the United States studying first for master's degrees in theology and divinity and now for her doctorate, as well as time spent working in Kenya, have taught her something: Some things, no matter where you go, never change.

GSR: What differences have you found between your home in East Africa and here?

Nabakaawa: The winters here treat me badly. I'm not used to winters. I was in Seattle, that wasn't bad, but this wind in Chicago is howling.

But our community, called Dannabiikira in Ugandan, was founded to be the mothers of all people, especially those who are motherless. We are their mothers. That's why we go to the streets. That's our duty, to give them motherly care, to give them education, to give them food, all the necessities of life. They receive good care through our hands.

It sounds like the circumstances are different, but the needs are actually the same.

And there are some needs which we religious are called to meet. Teaching the faith is the same, and people everywhere need us to teach the faith.

What will you do when you get back to Uganda?

I'll be going back to a pastoral institute where I'll be helping train people for evangelization, catechists and religious men and women, priests who come up for renewal courses. The institute belongs to nine countries in eastern Africa under the Catholic University of Eastern Africa, so there are religious from all over Africa. We are in partnership with many countries. They learn from us and we learn from them.

Although I'm a teacher in the pastoral institute, I also do what they call reach out [known in the United States as outreach]. I am the leader of the reach out for the poor — we go to the poorest of the poor. We have some of the biggest slums in the world, and we also have refugee camps. We do food and medical help, and we go to other institutions to help those in the camps.

I've also been training in videotaping and television work, which will be a great help for me when I go back to my community in Uganda. We have a Catholic television station, so I can use those skills to advertise my congregation, to show when sisters are taking vows or working with the poor.

The Daughters of Mary have over 700 sisters right now. We work in many countries in Africa. We're mainly teachers, but we also do social work, help the poor, run many orphanages, and we help immigrants.

What are the keys to good evangelization?

When I was trained, I was told there were three things a missionary must do: They must kneel before God; they must have the mouth of a pig and the tongue of a parrot. Pigs eat almost everything, and when you are a missionary, you should eat what you are given, even if it is something you are not used to. And parrots can speak whatever they're taught — a missionary must be able to speak a lot of languages.

So that is me. Wherever I go, I adjust and learn, and always, always kneel before God.

Q & A with Sr. Angela Hoffman