Q & A with Sr. Julie George 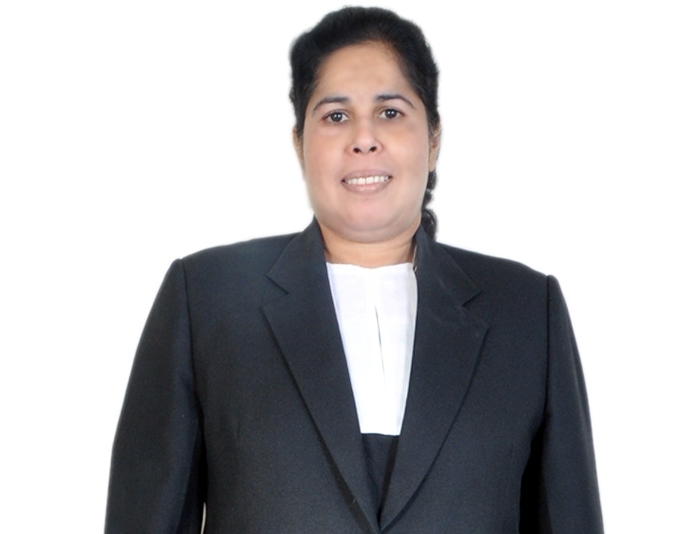 Julie George SSpS is a women’s rights lawyer who belongs to the Congregation of Missionary Sisters Servants of the Holy Spirit. She holds a master’s degree in law with specialization in human rights and family law.

Bill Nye — Sr. Julie George believes God has called her to seek justice on behalf of women. A human rights lawyer and a member of the Congregation of the Missionary Sisters Servants of the Holy Spirit in India, she is director of Streevani, a women’s empowerment organization.

“Domestic violence, dowry harassment and dowry deaths are rampant and rising; the number of matrimonial cases are increasing among all the religions,” George said. “Sexual violence against women has reached epic proportions: it is clear that the laws promulgated after the December 16, 2012, gang rapes have had little or no effect on the potential rapists.

“On the whole,” she continued, “there is deep-rooted misogyny and fear of women’s empowerment.”

George established Streevani’s legal unit, through which the Women Religious Lawyers Forum was founded. Born in Kerala, India, she holds a master’s degree in law with specialization in human rights and family law.

“Daily I come face to face with the hard realities of life,” George explained. “The innocent smile on the face of the 28-year-old mother who was thrown down from a fifth-floor house to the second-floor balcony for bringing less dowry to her husband’s family and is wheelchair bound – or the desperation in the eyes of the woman who tried to kill herself because of her husband’s extramarital affair. Their fighting spirit gives me courage and strength to stand up for women.”

How do you approach your ministry?

I take up women’s cases through Streevani, which means “voice of women.” As a non- governmental organization, Streevani was established at Pune, southeast of Mumbai, in the State of Maharashtra in 1982. It explores feminist vision through research about how women view themselves and their multiple roles – in the family, workplace, community, religion and in every sphere of life. Streevani associates have written case histories of women at the grass roots whose stories are inspiring and sensational, who have shown intelligence and courage in difficult circumstances.

After a number of discussions and reflections, and as part of the empowerment of women religious in India, Streevani organized an interactive session in 2008 with women religious lawyers working for justice on the theme “Pursuit of Justice: A Prophetic Response of Women Religious in India.” Thus the Women Religious Lawyers Forum was born. Since then we have had six annual conferences of women religious lawyers in which more than 30 lawyers participate every year to chart the journey of justice to a deeper level.

What has been the most satisfying?

We are a group of religious women lawyer/activists committed to informing, educating and empowering the poor, especially women, on their legal rights. We offer legal services and engage in policy-level interventions and public interest litigations in order to help women access justice.

The forum encourages in its members a spirit of solidarity and partnership, recognizing the value of sharing knowledge and experience, of building skills and networks and with an understanding of the capacity of individuals working together to make real change.

Our God experience leads us to the lanes and by-lanes, where we find harassed wives, troubled mothers, insecure girl children and rape victims, among the rich and the poor and among the upper caste and outcast. Most of the people for whom we intervene tell us stories of constant struggles to live.

What has been the most challenging?

Though there are progressive policies and legislations for the empowerment of women, the real scenario for women in India looks rather bleak. Violence against women is increasing, and we are still grappling with biases and misogyny both in the church and in society. As women religious, most of us experience less acceptance and support for our profession as lawyers and activists.

The church and women religious are better at welfare and charitable support services and traditional ministries such as education and healthcare than they are confronting fundamental gender- and justice-related issues. Therefore the rights-based approach which situates human rights at the very center of its processes and focuses attention on combating issues of injustice, conflict and marginalization, etc., has yet to gain real momentum.

Recently for the first time I have been dragged in to a controversy by one of my client’s father-in-law, who is a Catholic. He has written about me to all my contacts, superiors, bishops, etc., stating that I am taking the side of a woman who is very arrogant. In spite of the allegations, I have decided to stand by the young woman against whom his son has filed a case for divorce, alleging fraud. She just lost her father to cancer and needs support. Fortunately, I have every support of my superiors.

How do you see God working in your world?

When I hear the stories of constant struggles from women, just because they were born female and poor, it affects me deeply and moves me to action. Their struggles become our struggles, and their victories are our victories, and every moment of our struggles together is led by the Spirit of God who accompanies us.

We stand with them, experiencing our own powerlessness and realizing our limitations to fight the rich and the powerful. We pray for the justice system, which tries to break women during the process. We pray for the grace to be authentic followers of Jesus, the just and compassionate one. We pray for trust in God and willingness to accept the cost of discipleship. Though we have our highs and lows, our experience has made the journey worthwhile.

Is there something else you would like to tell readers?

Many women would never have reached the court without our help. Law is a powerful tool to bring relief to poor, illiterate people. The legal ministry is a relatively new area into which a growing number of religious men and women are entering, because we are convinced that this is an important avenue by which we can bring the ‘good news to the poor,’ says one of the lawyers. It is not customary for congregations to encourage members to study law and take it a profession. Therefore the initiative has to come from the individual who is committed to the mission to pursue justice.