Good Shepherd Sr. Monique Tarabeh's prayers have an urgency to them.

Tarabeh grew up in Damascus, Syria, and her family still lives there despite the civil war made possible by the rise of the Islamic State group, also known as ISIS. The war has raged for five years, killing hundreds of thousands of people and forcing millions to flee to safety in other nations.

Tarabeh's sister, Kinda, is also a Good Shepherd sister, serving refugees in a camp near Homs. Tarabeh, meanwhile, will spend the next six years in Rome, serving as the communications coordinator for the Our Lady of Charity of the Good Shepherd congregation. Previously, she worked in Lebanon and Syria, using her master's degree in graphic design.

GSR: What has it been like trying to do your work as a sister with the war going on?

Tarabeh: It's not easy to describe the situation there because there's not a word for it. It's a feeling more than words. In 2014 I went to our Good Shepherd community in Damascus, which was near my family's house, so I got to see them often.

Also while I was there, my niece was injured by a bomb when returning from school. I had a terrible time with her being in the hospital for a month — you cannot imagine all these people coming into the emergency room when there has been a bombing. You cannot imagine the things you see. And it comes without warning — you don't expect that there is a bomb coming. So people continue their lives, and then something happens. They live with pain, but they say, 'Whatever God wants to do, we are ready for this.'

I am a religious woman, and I cannot think this way. My family all the time says, 'We don't know what God plans for us, but we'll be ready.' They don't want to leave the country. This is our land, this is a sacred land for us. It's very painful when you see all these beautiful places that I grew up in, they are now dust. They no longer exist. There are no words to describe it. No words.

How are you able to function knowing your family is back there, that every day they could be in danger?

For me, it's a big problem because I cannot deal with the anxiety. But I learned from my niece when I was at the hospital with her. There was another bombing, and I said, 'I cannot deal with this situation.' I was so angry. She said to me, 'Auntie, don't say that. Say, "May God forgive them." ' I was speechless. I could not find any words. I said, 'You are right.' She is a person who endures.

I try to hold the situation in prayer. I try to offer all my prayers to these people, to let the light enter into their heart, especially in this Year of Mercy. Maybe the mercy of God can touch their hearts.

When I visited my family in December, all the time, they said, 'We have to be resilient about life, because life is stronger than death.' So I repeat this all the time in my prayers. I pray, 'Don't let them forget this. It's important.'

The most painful thing is when I see the children. My niece, her friends, when they hear bombs or see something happen, it becomes normal. Can you imagine when bombs become their normal life? It's too bad.

Do you think Syria can ever heal, or is it beyond that now? If there were suddenly to be peace tomorrow, could this society be rebuilt?

I believe nothing is impossible with God. And the Syrian people, they are very close to each other — we didn't have any problem before. We were together: Muslims, Christians, whatever the religion, we all loved each other. The Good Shepherd sisters in Syria do a lot of work to heal trauma. We offer that for the young people, the children and the families, because we have to build a new peace bridge between them.

In my point of view, peace will happen and will happen very soon. When the war stops, everything will become like before. The Assad government offered many good things for the country and protected other religions, especially Christians. My family contacted me at Easter and said you cannot imagine how they had their celebration — they were out on the street celebrating, and they were protected by the government. It was wonderful.

But I grew up in my family with faith that God really wants the good things for us. And even amidst the bad behavior of other people, God finds a way to let us continue. 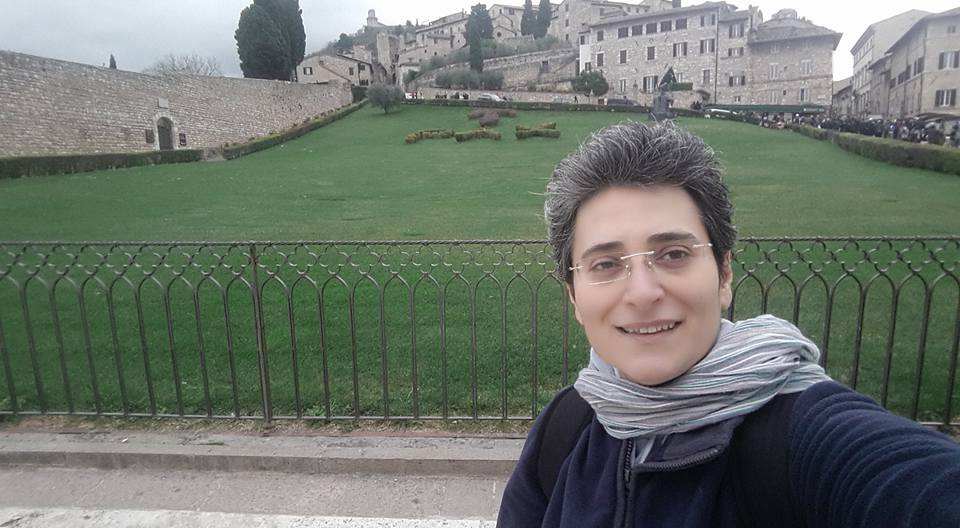