Last month, FutureChurch launched Catholic Women Preach, a project aimed at highlighting the voices of Catholic women preachers around the world. Dominican Sr. Jamie Phelps, a theologian and social worker who kicked off the project's Advent series, talked to Global Sisters Report about the importance of women theologians for the church and the world.

GSR: How did you get involved with Catholic Women Preach?

Phelps: I'm not sure where they got my name; there are about eight people who might have given my name in [laughing]. However, one of my doctoral classmates, Dominican Sr. Cathy Hilkert — a professor of theology in Notre Dame's department of theology and a member of the Catholic Women Preach advisory board — called me and gave me the number to call them. A number of the Catholic Women Preach advisory board have been my colleagues and associates in several Catholic theological conferences.

What initially drew you to preaching?

Have you ever received any backlash to your preaching?

No, because I never ask anybody to preach. If they ask me to preach, then I say yes. What I said to God was, 'Look, if you give me the gift of preaching and you want me to preach, make it happen.' [Laughs] I've been asked to preach by Cardinals Joseph Bernardin and Francis George of Chicago and by Bishop Alfred Hughes of New Orleans. I have been called to preach by several Catholic organizations, like Catholic Women Preach. So that's how I approach it. If people ask me, I will do it. And I have a great deal of fun when I am doing it, particularly if I'm doing it in a live audience.

First, God's creation of women was not accidental, but essential to God's plan for all creation. Genesis 1:27 reads, 'So God created humankind in his image, in the image of God he created them; male and female he created them.'

Second, in creating humankind, God gave us intelligence and free will and gifted us with a variety of gifts to be used for the common good. God gifts and calls persons from every race, gender, class, nationality, etc. Preaching is both a gift and a calling to be used for the common good. I have been given the gift and exercise it when parish priests, dioceses or Catholic groups call upon me to exercise the same.

As a black Catholic Dominican and theologian, I have been gifted with a specific worldview that allows me to interpret the Gospel in a way that speaks to diverse cultures and racial-ethnic groups so that the meaning of the Gospel for their lives, their city and the world becomes evident. My social identity as a doubly marginalized person in society gifts me with the perspective of oppressed and poor people. The oppressed and the poor see clearly the dynamics that sustain or threaten their lives and that of the community.

Why do you think women's voices have historically been omitted or suppressed in academic theology?

Two realities — one ecclesial and one social — have historically led to the omission or suppression of women's voices in academic theology. First, theological education was originally perceived as education necessary for ordination to the priesthood. Since women have traditionally not been called to or affirmed in ministry, it was not believed that women required academic education in theology.

The second reality is the dominance of a patriarchal worldview. Both factors led to the omission of women in the field of academic theology. However, the Second Vatican Council's affirmation of the laity's co-responsibility for church mission began the research and reclaiming of the role of laity — including women in the early church and through the centuries.

You kicked off Catholic Women Peach's Advent series. Does Advent, a season of waiting for a light in the dark, seem more poignant to you this year than in previous years? Why or why not?

I prefer not to use the metaphor of light and darkness, as it is one which has been misused to justify white supremacy and the oppression of people of color. I prefer to use the terms 'good and evil,' 'holiness and sinfulness.'

That being said, Advent is not only a liturgical season, it is a way of life. Human beings are all works in progress wherein our goodness and holiness is compromised by our temptation to live according to our self-centered sinfulness rather than God's other-centered will and love. Advent brings this reality to our consciousness and also serves as a time to affirm our commitment to live in the other-centered will of God.

Jesus' own life revealed this truth. Though Jesus was the embodiment of God's holiness and love, he took on our humanity and lived in a sinful world. He suffered death and experienced resurrection so we might embrace God's call to universal unconditional love and to eternal life in communion with God and all creatures and creation. 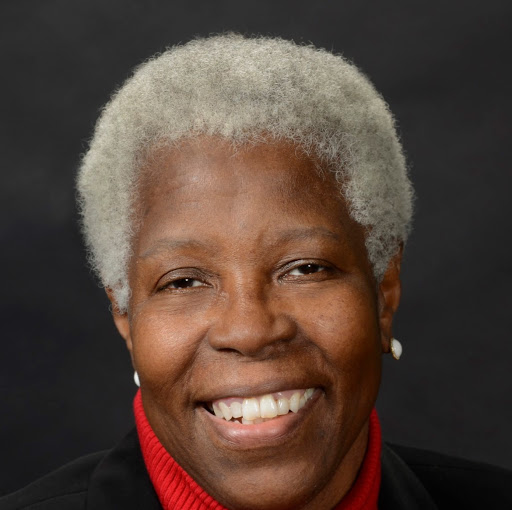