As a novice with the sisters of the Religious of the Assumption in Manila, Philippines, in 1986, Sr. Mary Ann Azanza expected to be with the poor, ministering to them, praying with them, and feeding them.

And as a member of groups that were trying to oust Philippines dictator Ferdinand Marcos, she expected reprisals and at one point even expected to be jailed for her activities.

But she never expected to find herself between hundreds of thousands of people and a line of tanks and soldiers that were expected to fire upon the crowds taking part in the People Power Revolution.

Azanza, who has been in the United States for the last 20 years, spoke with Global Sisters Report about growing up in a dictatorship and fighting for change.

GSR: How did you find yourself in the middle of the revolution?

Azanza: I was very active in groups that were trying to promote social change and get rid of Marcos. My senior year in college, I was arrested by the military and spent four months under house arrest. But I was acting to make change happen and paying the price for that change.

Our mission in Manila was 3 miles from where the revolution happened, so we could walk between the mission and the protests with great ease. We could hear the helicopters overhead. It was important to me, and I wanted to be a part of it.

When I was a novice, the province moved the novitiate from a beautiful place outside Manila — an idyllic place with a beautiful house and trees — to a poor neighborhood in Manila so we could get to know the poor and understand our life was meant to be lived in solidarity with the poor. Our life was much more in tune with the people.

What was it like growing up in a dictatorship?

I was in grade school when martial law was declared, so as a kid, I grew up with this. We were afraid of people — you didn't want to say what you really thought because you could be reported. There was all this double talk and the fear of your neighbors. You understood that people who spoke the truth would get into trouble.

The education system was taken over by the government, so we had military training. We had fatigues that we had to wear, wooden guns, and we had to march around. There was mandatory community service, where we would do things like clean the streets — that was a good thing — but it was all forced.

As a sister, any activity on behalf of the poor was suspect. So when we'd go to a poor area to teach the catechism, there were government or military officials watching to make sure nothing said was anti-government. In college, people started bringing us to the detention camps where political prisoners were held. When I was in danger of being arrested myself, I packed my bags to be ready to go, because there was always that fear of being picked up.

How did you square all this with your faith?

All of this was happening at the same time I was beginning to discover my faith. If I believed in Christ and the Jesus of the Gospel, being in solidarity with the poor was something that was necessary. I remember packing my bag, thinking I was going to end up at the detention center, and I was holding my Bible in one hand and my sneakers in the other, and there was only room for one of them, so I chose the Bible. Even at that age, I understood that was my faith.

I went into hiding that night, and when I opened the Bible, it was the story of the woman with an issue of blood who touches the hem of Jesus' garment. And Jesus told her, 'Go in peace, your faith has saved you.' I thought, 'How am I going to be saved? What does that mean? Will my name disappear from the list of those to be arrested?' Then I understood that what it means is you will not be alone, and God will be with you.

And what about when hundreds of thousands of people took to the streets?

You just get swept up in it. When Cardinal Jaime Sin said, 'Go and help them,' we did. To see all the people there, it just gave you strength. It made you say, 'I want to stand here with everyone and be part of this history.' It was really putting your body there. We had no arms. Truly, there were millions of people there. You couldn't leave — we had 20 years of this dictatorship and enough was enough.

The media was controlled, but the church had the radio station, Radio Veritas, and that was telling the truth. When Radio Veritas said the tanks are coming, everyone turned in the direction of the tanks, and they were saying to us, 'Go to the front. They won't do anything if they see nuns in front.' The people were crying. At that first moment, you didn't know if they would open fire and mow you down. People were pushing us — gently — and [gesturing] for us to go to the front. So we stood there.

The soldiers formed a circle around us. We began praying the rosary — we had no other weapons. And the Filipinos with the guns pointed at us, they were crying. They didn't want to do what they were doing. Radio Veritas said that at 5 p.m., if we don't disperse, they would move on us. And just before 5 p.m., a helicopter landed; we were praying and singing. A man got out and gave the sign to retreat. We just rushed the soldiers and shook their hands and began singing the Our Father. It was so moving.

No one thought this heavily armed, dangerous military would not shoot us. But the power of prayer and people overcame that.

I think everybody found their courage again. There were Masses with makeshift altars. Everybody was everybody's friend. It was incredible. 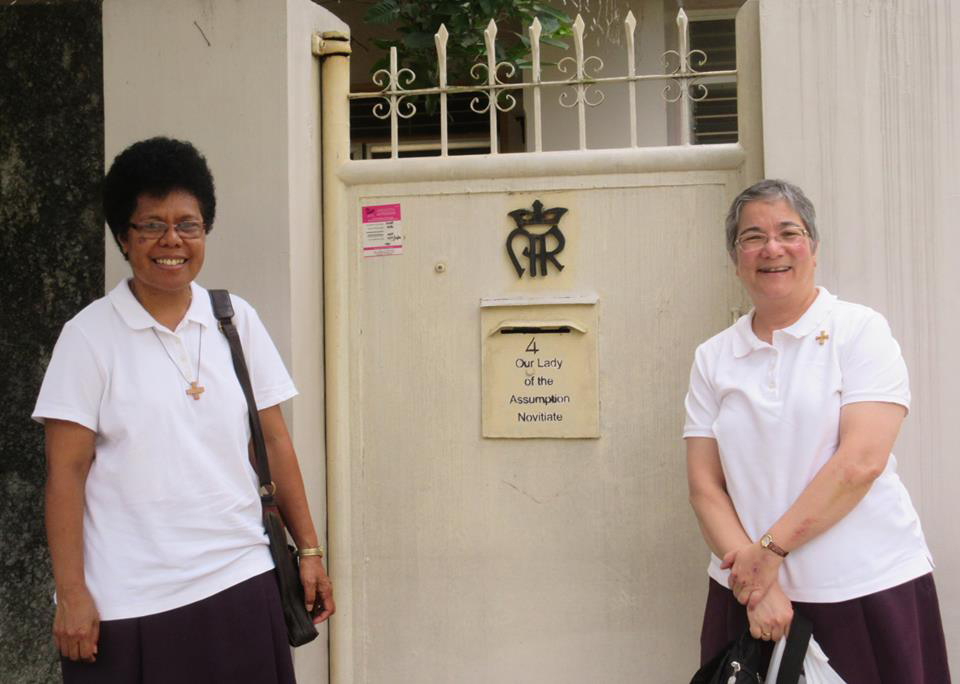 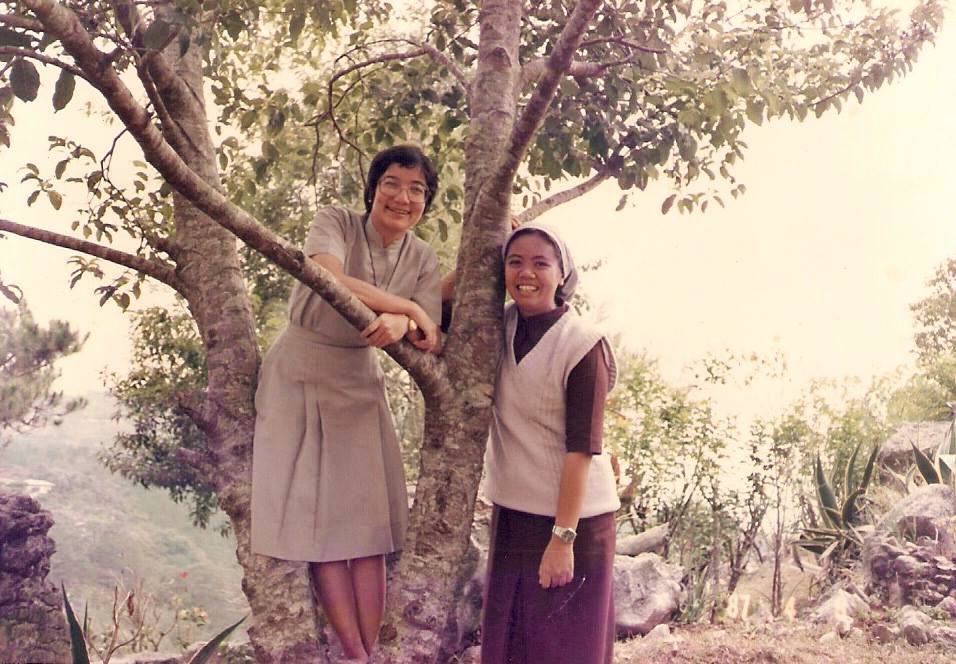