Sr. Samantha Kuruppuarachchi is the only Catholic nun who was directly affected by the Easter Sunday bombings in Sri Lanka.

The 46-year-old member of the Franciscan Missionaries of Mary lost her sister, Wales Indira Kuruppuarachchi, and her sister's husband, Sanath Rohan Fernando, in the April 21 blasts at St. Sebastian's Church in Negombo, a Catholic enclave some 25 miles north of Colombo, the capital. Her congregation has allowed Kuruppuarachchi to take a year off to look after her sister's three children.

The Franciscan nun completed 25 years in religious life in April. She has been working for the social and economic empowerment of people who live in poverty.

On her silver jubilee year, she had received permission from her superiors to start a contemplative life with the Poor Clares. She had spent just two months in cloister when the Easter tragedy occurred.

Kuruppuarachchi spoke to Global Sisters Report about her changed life situation and challenges.

GSR: First of all, condolences for your loss. How have you taken this tragedy?

Kuruppuarachchi: I was in a cloistered convent when my abbess informed me about the bomb blast in my parish church. At first, I did not believe it, but after some time, my mother and aunt called me and said my sister and brother-in-law were killed and asked me to come home immediately. I collapsed, as I did not know what to do. It was the second major shock in my life, first being the sudden death of my father 12 years ago.

My abbess got permission from our cardinal and sent me home with two other sisters.

What was the situation at home?

The scene at home was pathetic. The younger two children, boys aged 17 and 12, had just returned from the hospital after accompanying the charred bodies of their parents there. The elder boy was silent, while the youngest boy was crying.

I was told the younger child was standing between his parents in the church and the elder one was a few benches behind when the bomb exploded. Both children escaped unhurt, which I think was a miracle.

I could not control my emotions. Several questions haunted me, such as why God allowed this to happen to the children. Somehow, God gave me extra power to be strong and take control of the situation in the family.

The eldest daughter, who is 21, is studying medicine in China, and my first task was to get her home safely.

What are you doing now? Has this tragedy affected your faith in God?

I cannot say I have overcome the grief. I still question God why this cruelty was allowed on innocent people. It has shaken my faith a bit, and maybe God is testing me.

My brother-in-law was a respected Ayurveda doctor who gave free medicine to poor people. Many priests and nuns are also his patients, but he never charged them. Everyone liked him, and my sister supported him. His ambition was to continue this legacy through his daughter.

At times, I feel guilty I went for contemplative life. My mother and sister objected my decision, as they wanted to see me. But they finally agreed to my wish. God has called me back. I trust in God, and I believe he has a plan for me.

Have the children come out of the trauma? What will they do after you return to the convent?

My congregation has given me this leave even without me asking for it. In fact, it was my superior who asked me if I was willing to accept this leave. I will stay with the family for six months and spend another six months in a nearby convent and attend to house duties.

The children are still in their trauma, but they are slowly accepting the reality. I hope they will be fully out of their trauma and function on their own by the time I return to the convent.

How about your mother?

My mother is another big worry. She wanted to take rest with a routine of prayers and church. My sister had already promised me that she and her husband would take care of my mother. But God's plans were different. My mother is again forced to be active.

How has the church responded to the calamity? Has your family received any help from the church or the government?

The church has been very supportive and fully available. Not only my home, but every home is allotted to the care of designated priests and nuns. One strong decision they have taken is that no child will go without education and food.

At least five sisters are in my home, helping us in everything. Even [Cardinal Malcolm Ranjith, archbishop of Colombo] visited my home and promised all support: prayers and material assistance. The apostolic nuncio to Sri Lanka got a scholarship for the three children for their higher education. I sincerely thank our cardinal, who has requested all priests and sisters to be with the people at this hour of crisis.

Please tell us something about your family background and religious vocation. Why did you become a sister?

I was fortunate that I was born in a God-fearing family. The sister who died was younger than me. I have an elder brother who stays in a faraway place. As a child, I never missed daily Mass. My father was my role model, but he died at the age of 58.

As a child, I always wanted to become a nun. Although I studied in Holy Family schools, where the sisters took care of me very well, I was attracted to St. Francis, as I used to recite his prayer of peace from childhood.

My desire was to join a contemplative life from the beginning. But my parents did not allow me, so I joined the Franciscan sisters. I have been a happy sister all through, and I will be so in the future, too.

Why did you want to be cloistered nun?

I always wanted to be in union with God, praying for the world and missionaries. I don't know why. My inner soul always longed for this experience from childhood. When I joined the convent, I had a hope I could eventually join the Poor Clares within the Franciscan family. But after becoming a nun, I got lost in many activities. I was involved in the struggles of the people, and 25 years passed quickly.

I have seen sufferings of our people during civil war time and tsunami. All this made me strong now. I again made up my mind to join the cloistered convent, and I got permission from my family and my superiors. It seems God wants me in active life, and I must learn to balance active life with contemplation now.

Sri Lankan society is predominantly Buddhist. How does it view Catholic nuns?

Buddhism and Catholics have coexisted peacefully for centuries. Catholic nuns are respected in society, as many Buddhists also study in our schools. We have to interact daily with Buddhists in many fields, be it in government sector, hospitals, schools or other areas.

Do the Catholic and Buddhist nuns come together on any occasion?

We have an interreligious harmony group in the context of some communal unrest, which crops up from time to time. As part of peace-building and reconciliation, Buddhist and Catholic nuns come together and organize peace meetings along with the clergy from both sides.

I was so happy when so many Buddhists came to console us, including their monks and nuns.

[Thomas Scaria is a senior journalist based in India who has worked in Sri Lanka until recently in an intergovernmental organization. He writes for Matters India, a news portal that focuses on religious and social issues and collaborates with Global Sisters Report.] 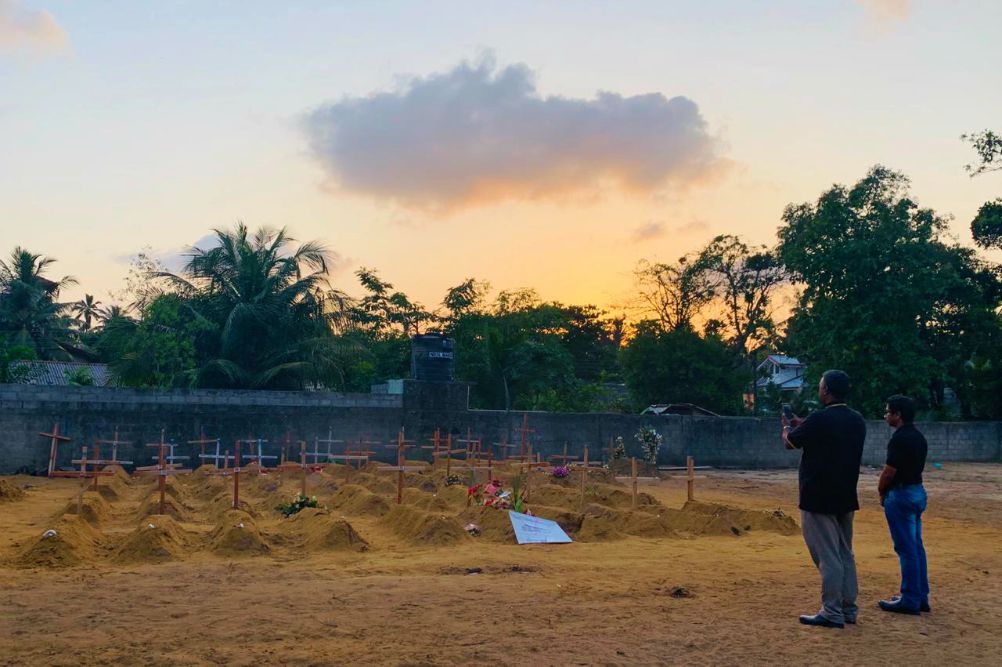 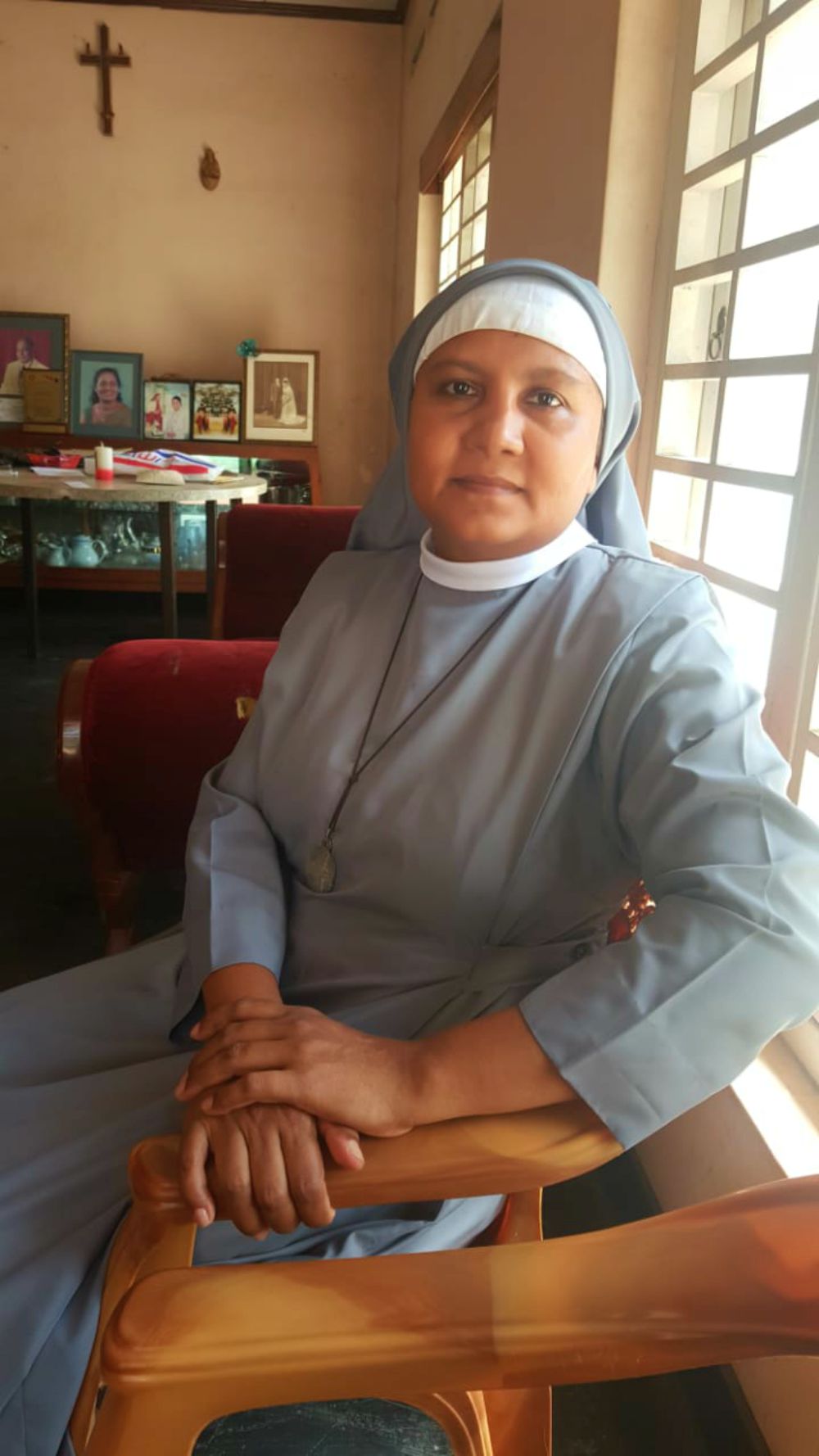 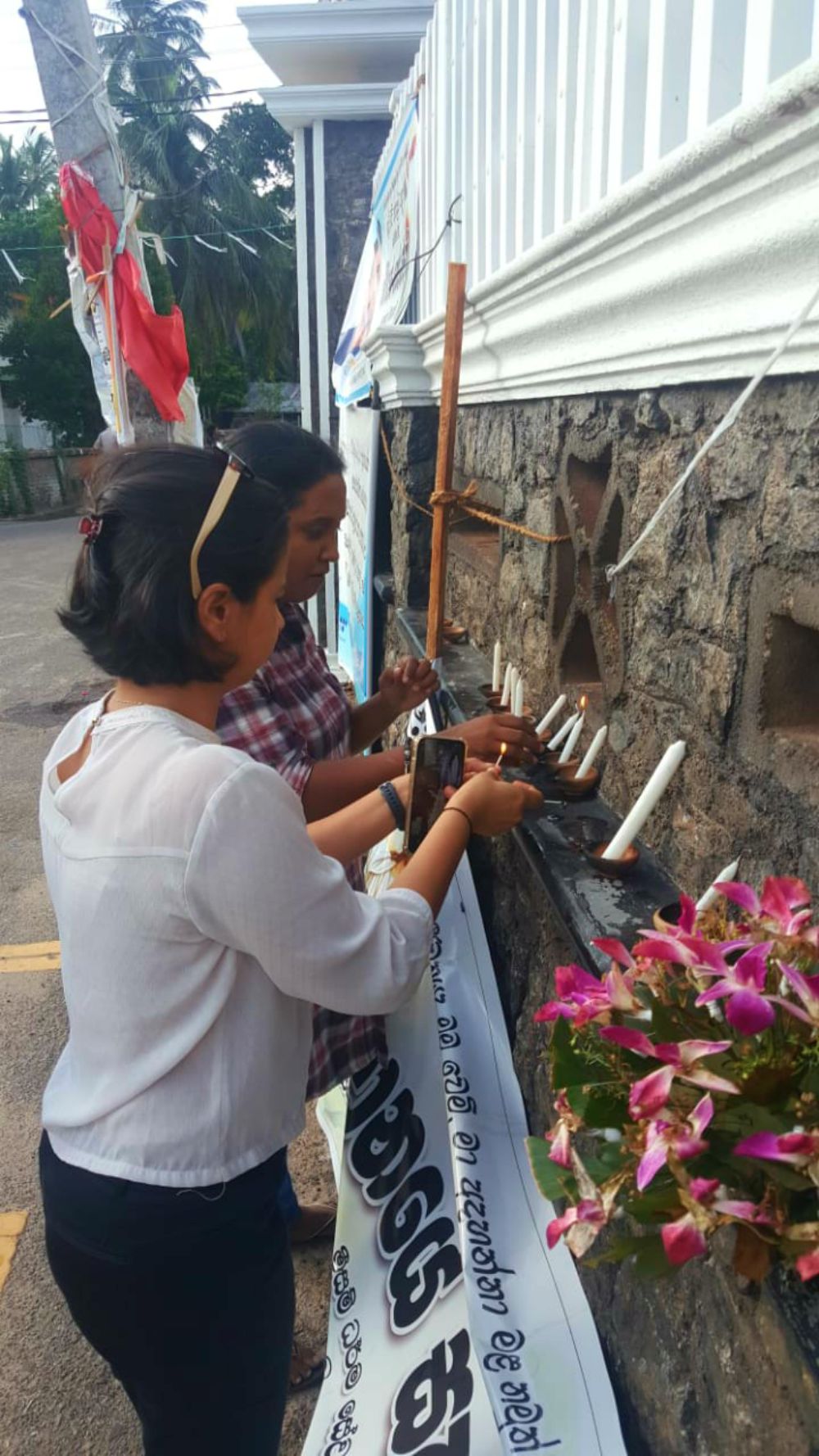 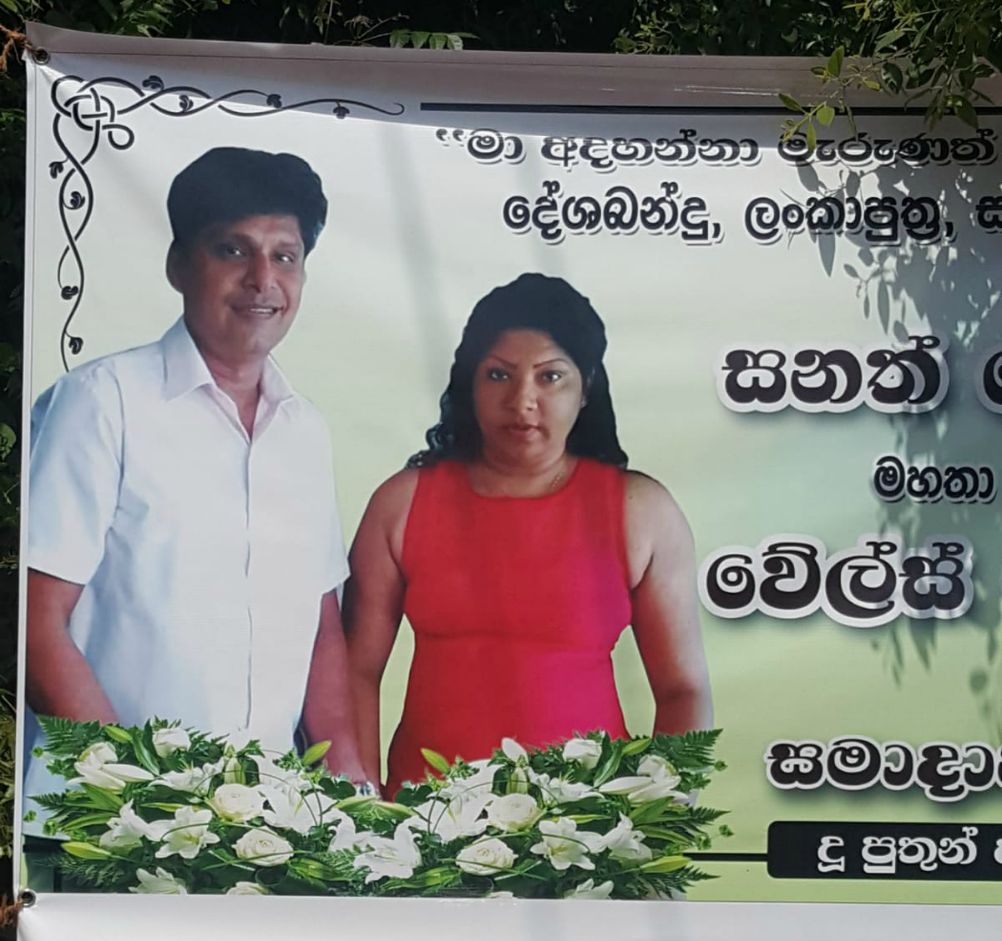 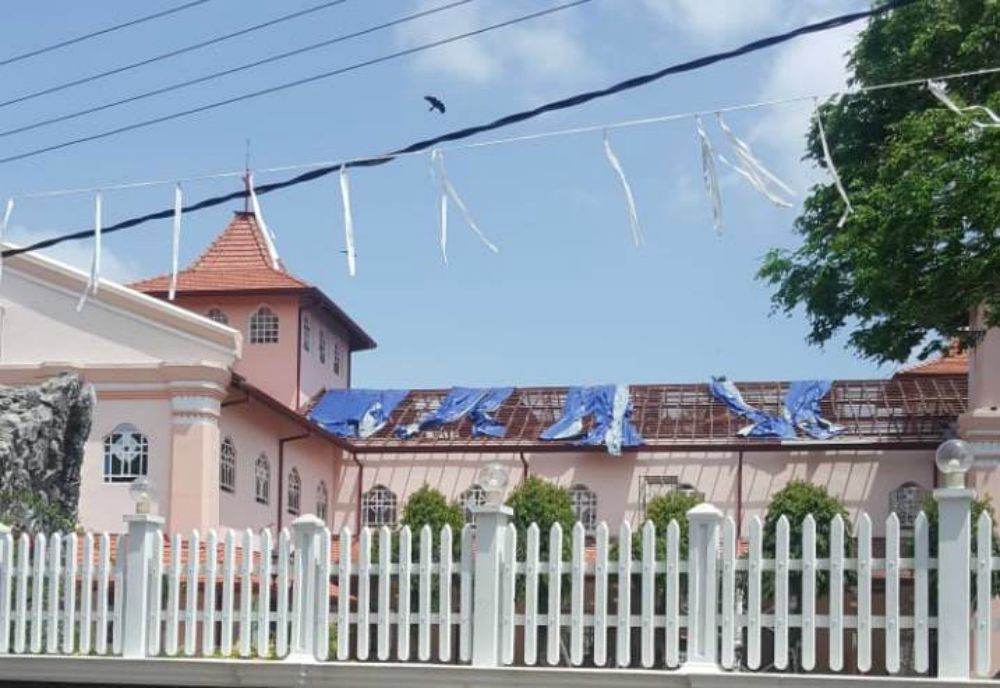