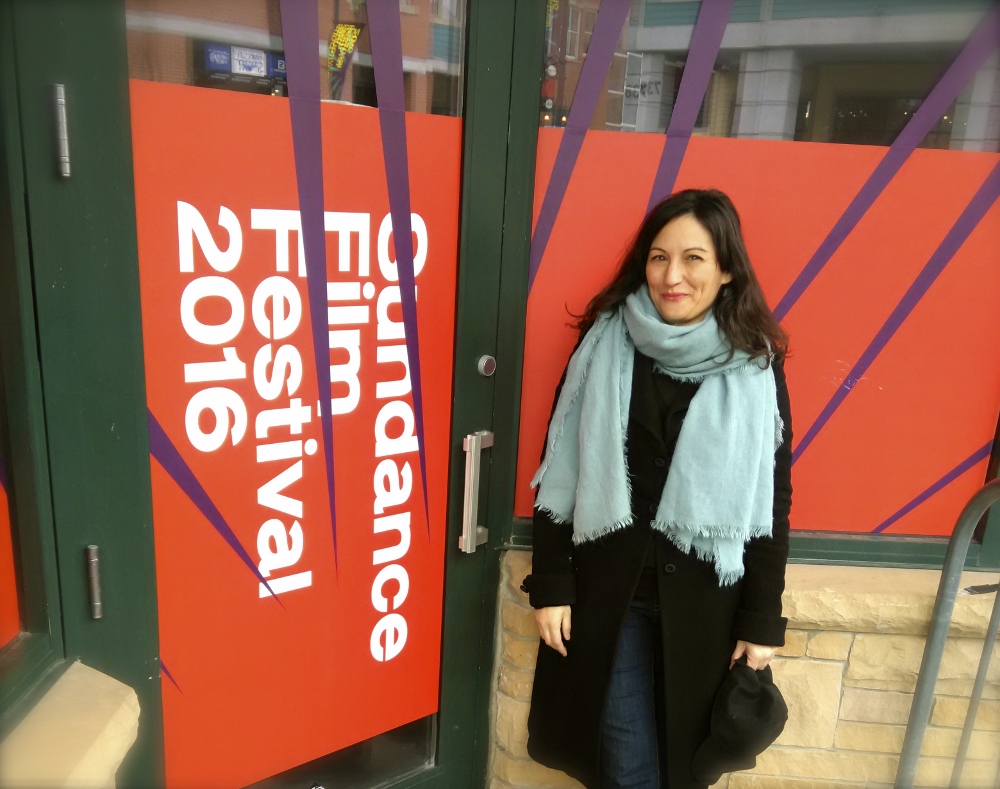 Four years ago, Sheri Shuster decided she wanted to raise awareness about sex trafficking in the United States — she just wasn't sure how. She bought a camera and a computer, thinking she might film a public service announcement, but instead ended creating up creating a full documentary. Shuster's debut film, "Still I Rise," tells the story of black sex trafficking victims in California.

GSR: You never made a film before this. Tell me how and why you decided to make "Still I Rise."

Shuster: My background is in public policy and communications, and I've worked for various nonprofits over the course of 15 years, mainly in women's rights and youth homelessness. My last job was at Covenant House, one of the largest organizations in the Americas dealing with homeless youth; for four years, I was one of the directors at Covenant House in Oakland [California]. Over the course of those four years, I built some very close relations with the youth there and came to care for a lot of the kids. Unfortunately, a lot of the kids there had been victims of sex trafficking — some of them had even been perpetrators.

When I left Covenant House, I thought, 'There has to be more that I can do.' I felt a moral imperative to do something. At the time, one of my best friends had just made a film where she went back and forth to Mexico to help exonerate a man who was in prison for 20 years for a murder he didn't commit. It helped me see the power of telling an individual's story. Eventually, she was able to co-author a constitutional amendment about the presumption of innocence rather than the presumption of guilt.

So you wanted to do something similar for sex trafficking in the United States?

Initially, I thought I would make a public service announcement about safe harbor laws. Basically, I bought a camera, I bought a Mac computer, and I started interviewing people I knew from my work at Covenant House. I had no budget. After three years, I can say that I'm pretty much done with production. And now I'm looking for post-production funds.

My editor is coming to town from Mexico City, and he's going to start working on a rough cut. It will be shared with the world — it's just a matter of when we can finish the entire thing, which depends on when we get funded. 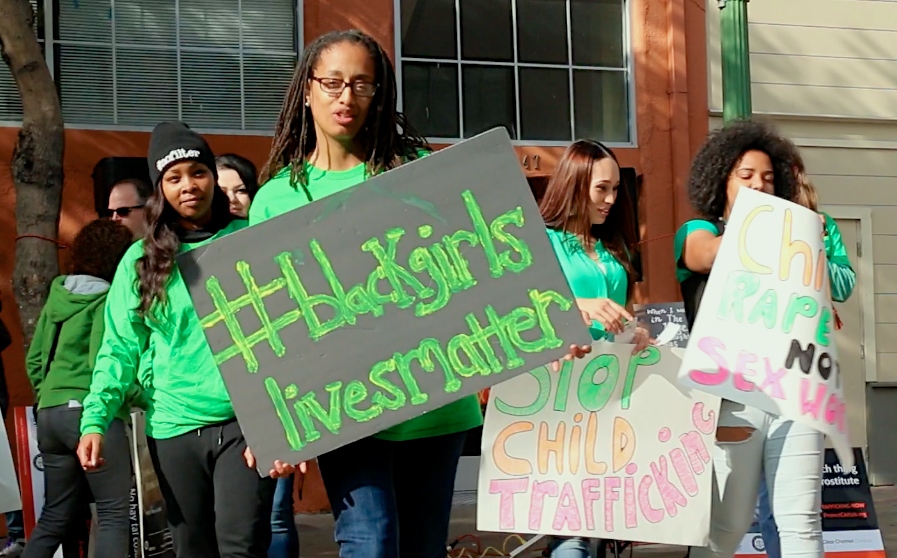 During the shooting of "Still I Rise." (Submitted photo)

Why did you want to focus on black girls?

I did not set out, per se, to make a film about racial justice. However, when I started interviewing survivors who were leaders in the anti-trafficking movement, all of the survivor-leaders were African-American. Despite all of the popular rhetoric in the anti-trafficking movement — which is, 'This can happen to anyone. Predators are online and can access anyone with a smartphone or a computer' — the reality is the Bureau of Justice has 22 federally funded task forces, and based on their data, 75 percent of women and girls being trafficked are women and girls of color.

I think it's a gross oversight that there hasn't been more of a focus on the fact that this is an issue that disproportionately affects girls and women of color. That's part of what motivated the direction of the film. Why is this impacting women and girls of color? Why are we not talking about this?

Do you think being an Iranian-American woman makes you more sensitive to the plight of minority women as a filmmaker?

I do think so. I personally experienced many of the risk factors that make girls vulnerable to being recruited into the commercial sex industry. As a secular Iranian Jew, I would say, 'There but for the grace of God go I.'

What do you hope people take away from this film? That is, when they are able to see it.

I would like for people to be more open and conversational about asking why sex trafficking disproportionally impacts women and girls of color. There are a lot of historical and institutional racist policies that have contributed to this. There's a definite sociopolitical and economic context for how sex trafficking happens in America and in what communities it happens.

I also want people to walk away with an understanding that humanizes. I think a lot of times when people don't understand an issue, they get scared and think they can't relate to that. I want them to walk away seeing the lives of three [trafficking survivors] and being able to connect to them. And to have them be humanized and to maintain their dignity.

What do you mean when you say historical and institutional racism have played a part in making black women and girls susceptible to sex trafficking?

I don't know if you read the Ta-Nehisi Coates piece about reparations in The Atlantic, but he's connecting how from the 1930s to the '60s, black people in the U.S. were systematically kept out of the official mortgage market. The areas where blacks were allowed to live continue to be high areas of poverty and — not coincidentally — high-density areas of sex trafficking. You have to look at how institutional and systematic racism played a part.

What did you learn in the process of making this film that you didn't know before?

I interviewed a lot of staff at MISSSEY, one of the anti-trafficking pioneers in California. Before starting, I called up the executive director and said, 'I'd like to volunteer in any way that I can.' So, for the better part of a year, I helped to write grants, helped with the development committee, helped to draft communications for the organization. That's just one example. I think it's important in all aspects of life when you are engaging with people to always be mindful of what you can contribute. You're not going to go in asking someone to be vulnerable without also putting something into the pot.

You just came back from Sundance. What was that like?

Of all the 40,000 people there at the film festival, I randomly sat down next to Rita Coburn Whack, and I asked, 'What are you doing here?' and she said, 'I'm the director of the film "And Still I Rise" about Maya Angelou.' We had a real spiritual moment.

I asked her why she chose to make her film, and she said, 'I was chosen to make this film. And once you know what your calling is, there's nothing you can do. You just forge on.' That was the highlight of going to Sundance. It gave me strength to resonate with another female director who was so humble and so passionate and so grounded in what she was doing. 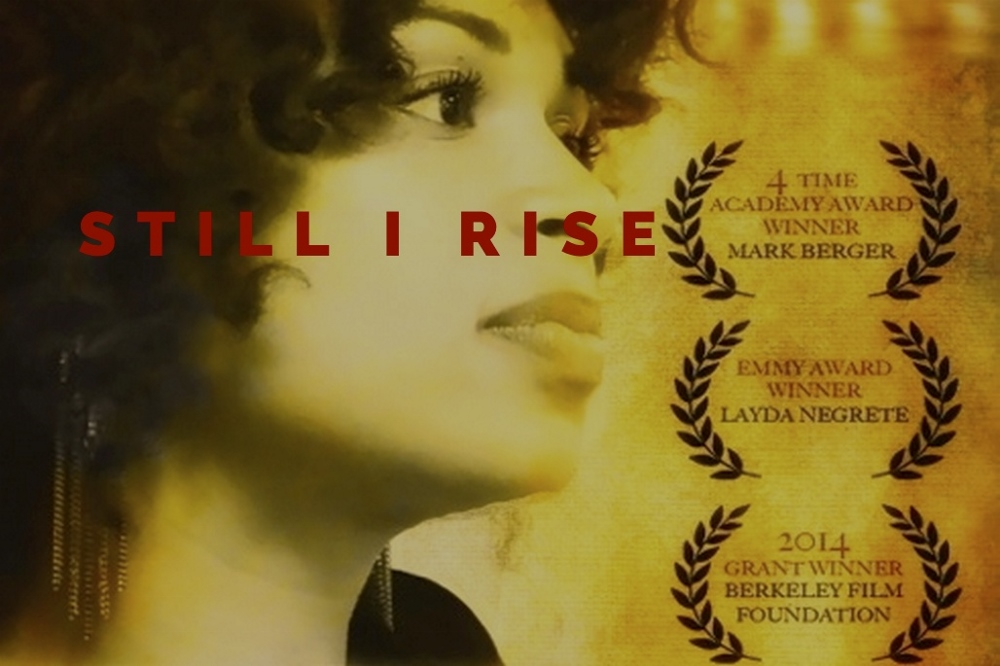 Q & A with Sr. Celeste Goulet, ministering to aboriginal people in the Northwest Territories

Q & A with Sr. Xiomara Méndez-Hernández, from the fashion world to the Adrian Dominicans