Q & A with Sr. Gabriella Bottani 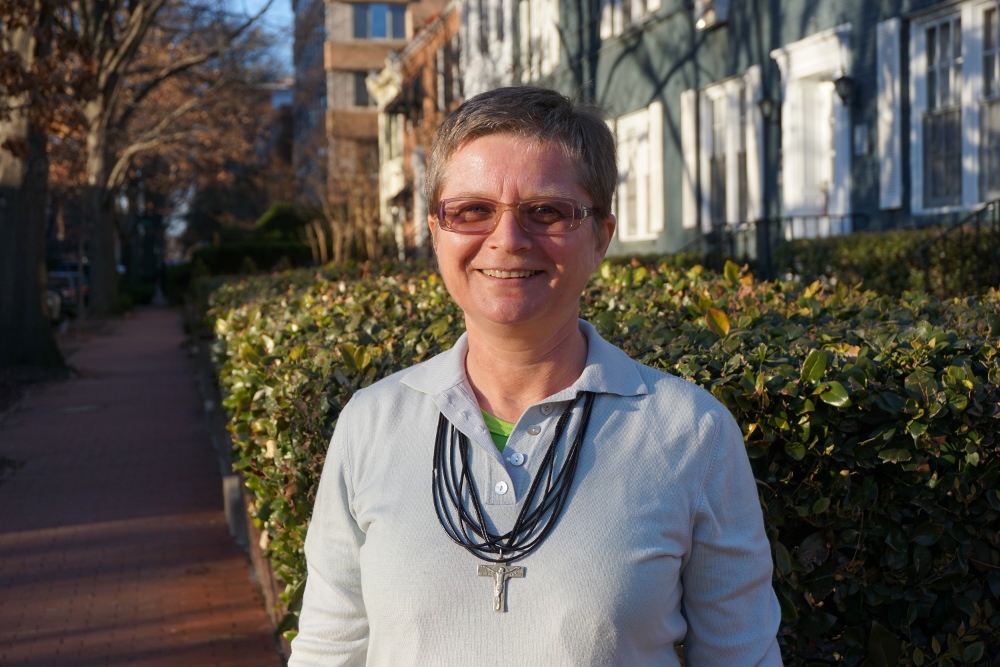 The stats and facts of modern-day human trafficking are shocking. According to the U.S. Department of State, between 800,000 to two million people are trafficked each year, 80 percent of whom are women and girls. Human trafficking facilitates sexual exploitation, forced labor, domestic servitude; it leads to organ removal and forced marriage. It represents, says Comboni Missionary Sr. Gabriella Bottani, a new form of slavery.

Bottani was appointed in January as the new coordinator of Talitha Kum, a Rome-based international network of religious sisters working to end human trafficking. Global Sisters Report spoke to her recently in Washington D.C., where she was participating in a conference.

What is the scope of human trafficking?

It is a worldwide problem. We have statistics. But I think that we can’t only look at the numbers. We can’t say exactly how many persons are actually exploited, for sexual exploitation, labor exploitation, illegal or irregular adoption, organ removal. The numbers are important to understand that this is a huge problem, a worldwide problem – we can’t say that any country is free of human trafficking. But I think that we have to start to reflect on why. Why do we still have slavery? What are the causes? We have to start to reflect.

What does it say about our world that a problem like this exists?

Human trafficking [highlights] the model of development that we have in our society. It exploits life, both people and nature. And I think that we have to start having discussions about this model, about our economies. The majority of people who are exploited are poor. So we have to say, ‘What is this model of development that creates such inequities – the differences among rich and poor?’

Before becoming the leader of Talitha Kum, you were working in Latin America. Tell me about your time there.

I was working in Brazil. There was much discussion about producing energy at the time, and dams were being built along rivers. And this had not only an ecological impact, but also a social impact. Men came to construct the dams, and sexual exploitation came with that economic pull. And so sometimes we only see the possibility to produce more capital, to move more money, but we don’t see the other side, the human side and the social side and the cultural impact of this model of development.

What did you learn from speaking with victims?

The first thing I learned is that many persons can’t recognize themselves as exploited. People will say, ‘I was a slave and I didn’t know it.’ They were used to it, from childhood. You are a young girl, you are living along a river, and someone says, ‘We will take you to the city to study.’ But it’s not to study. They don’t see what happens to them as servitude. They say, ‘Well, I have to work because they give me something to eat.’ They don’t realize that are exploited. It was very interesting and difficult to get the person to see what had happened to them in a different way. And to understand that everyone has rights and dignity that can’t be exploited for money.

And yet, there is also exists a blindness to this reality out in the rest of society, correct?

Yes, we don’t see it. We see a women who has become a prostitute, but we can’t see if she was trafficked. We can see an adopted child, but we don’t know if the child was adopted regularly, legally, or was trafficked. It’s not something that you recognize quickly. And this is why we have to speak up about it. We have to inform the world that these are people who need help. For example, many trafficked people are refugees, and many are trafficked during the process of migration.

Tell me more about Talitha Kum.

Talitha Kum is a Gospel word. Jesus said to a young girl who was dead, ‘Wake up.’ (Literally, in Aramaic: ‘Little girl, I say to you, arise!’) And Talitha Kum is a project of the UISG, the Unión Internacional de Superioras Generales [International Union of Superior Generals].

We are now present in 81 countries and are more than one thousand sisters strong. At first (back in the early 2000s), the idea was to train sisters and have them become leaders in this area – and to go from there to create a movement. So the first step was to organize training programs in different countries. And the first goal was to inform and train sisters as to what human trafficking is. The second goal was to organize a network. In 2009, there was an international meeting that called all of the programs together. And it was decided to form this network, which was called Talitha Kum.

As coordinator, what are your goals?

To strengthen our identity. To help the local networks improve their capacity to confront human trafficking. And I think that we need, at this time, to share more information among us. We also need to update our website.

What is the future of this issue for the Catholic church?

We are in a very positive place with the engagement of Pope Francis and his commitment against human trafficking. I think he is helping the church to confront and to see this problem. And I think that now we can begin to reflect, to not see only the superficiality of the problem, but what is really happening, the ‘why?’ And we can do many things as a church. We need to see this problem, and not be indifferent.