In 2016, sisters at Bakhita Villa, a safe house in Lagos, Nigeria, helped rescue and rehabilitate nine victims of human trafficking.

There, men and women receive counseling, take computer classes, and build skills they need for their new lives. Currently, only women live in Bakhita Villa, but St. Louis Sr. Patricia Ebegbulem, director of the safe house, said they are praying and planning for an expansion to also house male victims.

Ebegbulem talked to GSR about her ministry, why she feels drawn to St. Josephine Bakhita, and why so many people are at risk for being trafficked today.

GSR: What is the best part of your ministry?

Ebegbulem: The best part of our ministry is what we see as our success stories. This is when the victims of human trafficking or survivors who come to us settle down happily and make it in life. Examples of such success stories include happy marriages of our ladies after their stay with us; happy reintegration where survivors live on their own in dignity and feel fulfilled; when victims of trafficking are happily reunited with their families; and when I hear our ladies thanking God and thanking us for rescuing them from the lion's den and promising never to go back to the life they were forced to live.

What is the most challenging part of your ministry?

The most challenging part is when those victims of trafficking refuse to settle down. During counseling and the rehabilitation period, you realize that they want to go back. Actually, some have found their way back to where they were deported from.

Another challenging aspect is when you realize that they don't trust you, and they keep telling you lies. You cannot but feel frustrated knowing you are not making any headway with them.

Another challenging aspect is lack of funds and facilities. There is so much you would like to do, but you are constrained because of funds. Many who know our work often bring to us young women who are internally trafficked and who want to be rescued and reintegrated. Very often, we do not have the funds to assist them.

Why did you name your shelter after St. Josephine Bakhita?

At our anti-trafficking workshop April 19-23, 2013, in Pretoria, South Africa, Talitha Kum's African region chose St. Josephine Bakhita, an African ex-slave girl from Sudan who was kidnapped and trafficked, as patron saint of its anti-trafficking ministry. We resolved that Feb. 8, her feast day, will be Anti Human Trafficking Day for Africa.

The following year, March 23, 2014, we moved to where we are now, and it came naturally to me to call the home after St. Bakhita. I have great devotion to St. Bakhita to the extent that some people call me Bakhita. They say we look alike.

Something very significant happened in the Vatican during our audience with the pope in September 2015 during an anti-trafficking meeting convened by the pontifical council for migrants and refugees. Brian Willis from America got our Holy Father, Pope Francis, to bless an icon of St. Bakhita, and he handed it over to me.

I was in a daze! He did not know about my devotion to St. Bakhita. He didn't know me until we met in Rome. I saw it as an act of God. I concluded he gave me the icon for Africa. Incidentally, I'm the African representative in a couple of international networks against human trafficking. My plan is to pass this icon of St. Bakhita around among the African countries.

What are your plans for the shelter in the next few years?

Yes, we have great plans and dreams. This includes a place for skill acquisition. There is an uncompleted building beside our villa. Every day, I keep praying and hoping that we will be able to buy it for expansion to reach out to so many vulnerable people who come to us for assistance, especially victims of internal trafficking who are not receiving any attention. If we can purchase the building, we will have rooms for skill acquisition and other facilities.

In the years since you've been working with trafficking survivors, what has changed in the way the international community views and handles human trafficking? What are the areas in which we still need growth?

There is greater publicity, especially with CNN, Al Jazeera, etc. More funds are being pumped into countries of origin, though I wonder if these funds get into the right hands

Areas in which we still need growth: demand. Many of us feel that the international community, the supposedly civilized world, the countries of destination are silent on [the demand for trafficked individuals], and that is why human trafficking, especially for prostitution, has continued to flourish. The old adage of 'no demand, no supply' still holds. I made this clear in one of my books, Stop Trafficking in Women & Children: It is a Crime against Humanity.

What misconceptions do you believe people still have about human trafficking?

[People believe that] human trafficking is not real, that only the poor get trafficked, that some women make that choice.

In 2012, you were awarded the Pro Ecclesia et Pontifice medal. Can you tell me what that meant to you?

It was a big encouragement for me. I felt appreciated by our church, the Catholic church, and that energized me in my work and commitment.

The United Nations recently reported that there are more refugees today than there were during World War II. Do you think this mass movement of people will have an effect on human trafficking?

Of course it will have a tremendous effect in human trafficking. When people move from their base, especially to a strange land, they become very vulnerable and can easily be trafficked. The cause of the movement, which is often unprepared and unforeseen, makes the migrant more vulnerable. Away from their natural environment, they become people at risk and can easily be deceived and trafficked.

How should we pray for trafficking victims around the world?

Fortunately, the feast of St. Bakhita, February 8, is in the Liturgical Ordo. That will encourage people to pray against human trafficking. 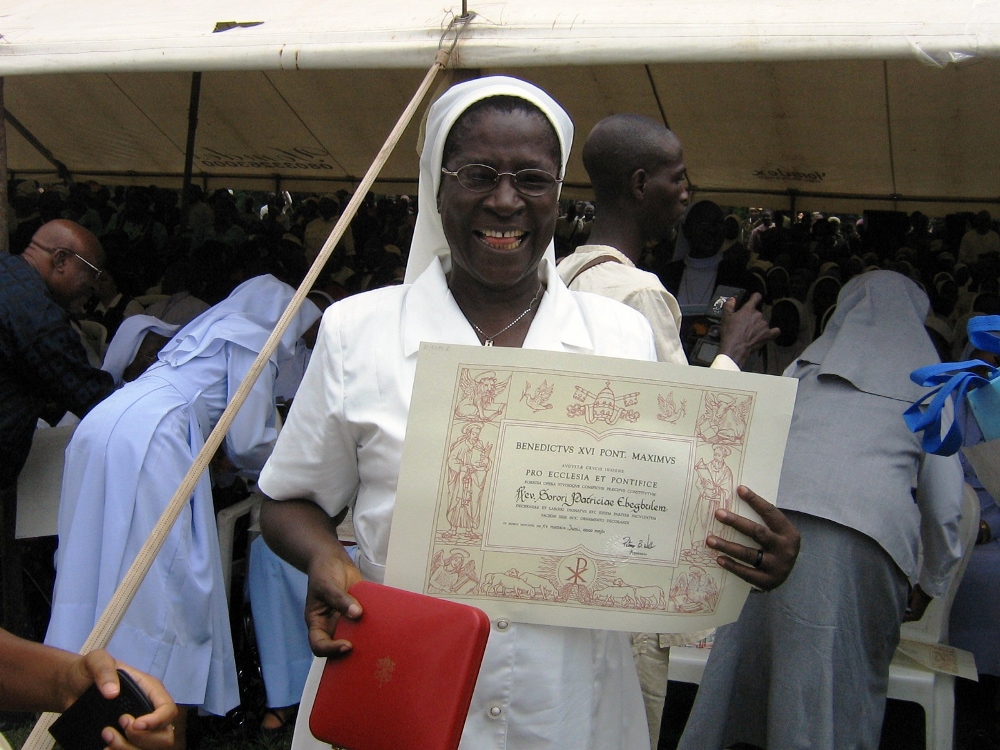 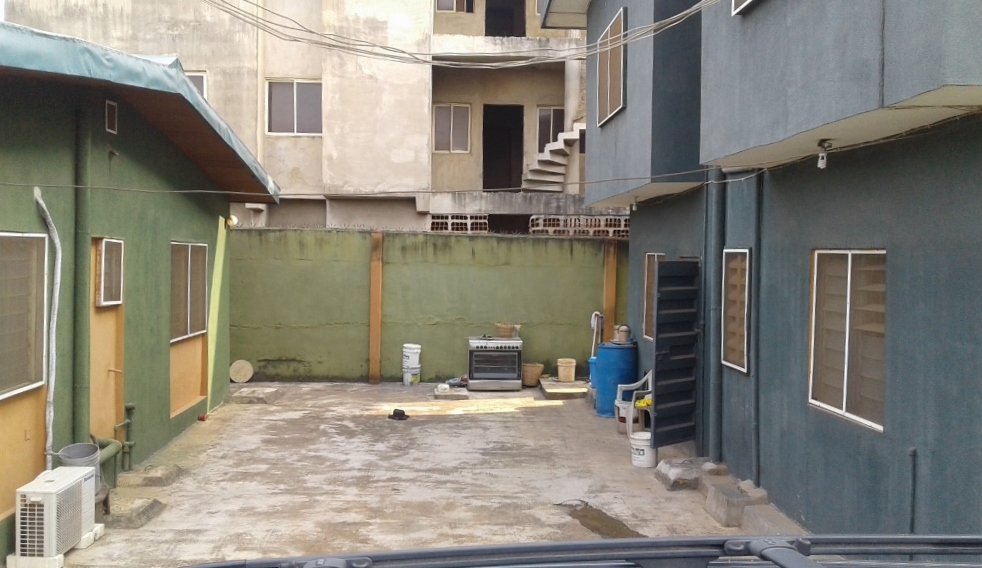 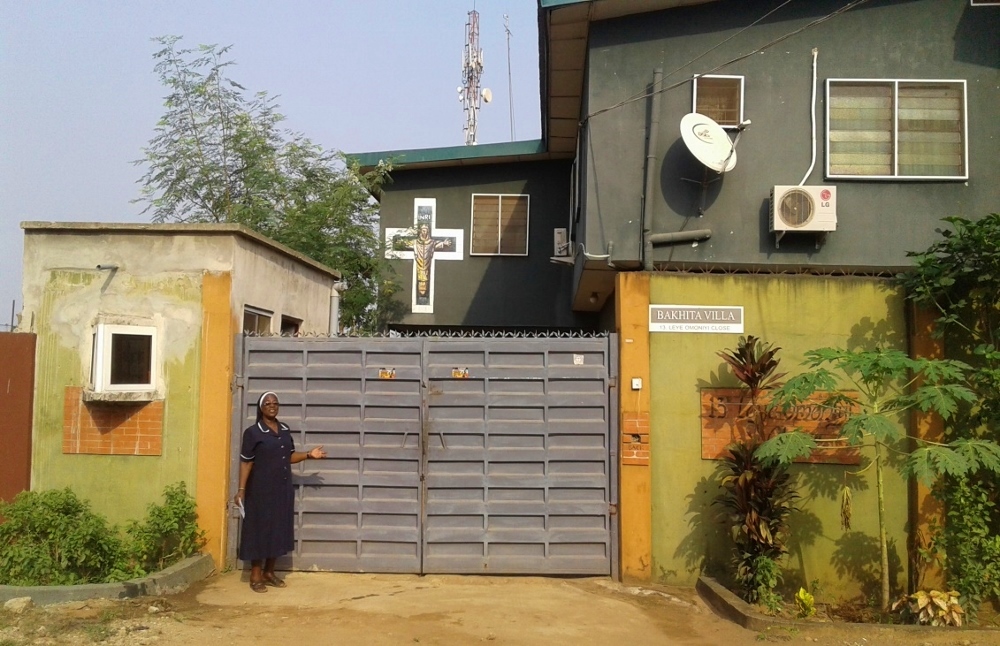 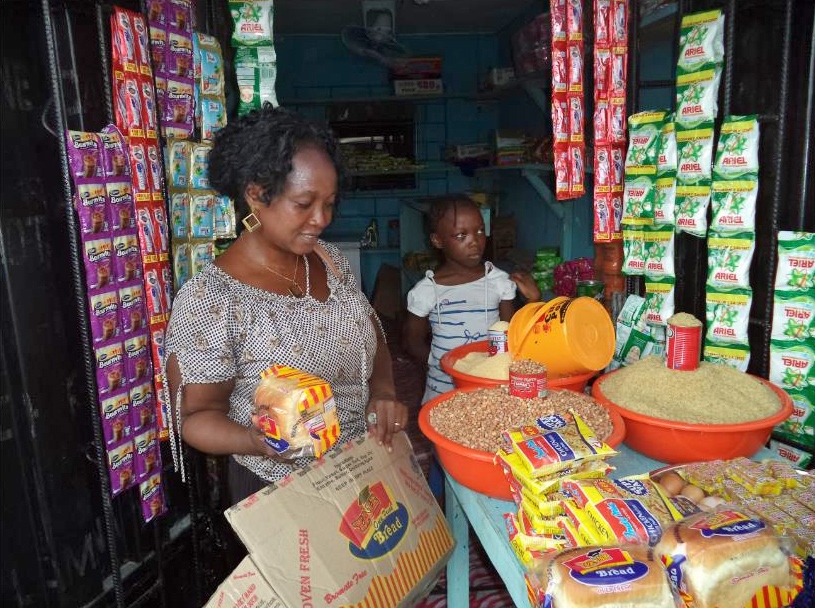