In the last two years, cases of human trafficking have been on the rise in Brazil, where public policies against trafficking still need to be put into practice. One goal is to keep people who fit the main demographics of trafficking victims — children and women between the ages of 8 and 29 — from falling into networks of sexual exploitation through prevention in schools.

With this strategy, Sr. Valmi Bohn of the Congregation of Sisters of Divine Providence has been in action since October 2017, coordinating Rede Um Grito pela Vida (Cry for Life Network), a group of government agencies as well as nongovernmental organizations dealing with trafficking in human beings in this country.

"We are a huge multicultural country made up of migrants for more than 500 years," she said. "We became a country of origin, transit and destination of trafficked people, the vast majority women."

Bohn said while Brazil formally adopted the Palermo protocols in 2004, "the national plans for confronting human trafficking are far below what is desired because principles, guidelines and actions for prevention and repression of trafficking in persons and for the care of victims have not been put into practice."

Bohn said the government needs to take basic actions, such as creating shelters to care for the victims to prevent them from being targeted again by traffickers.

This strategy, Bohn said, is based on what Pope Francis said on World Day against Trafficking in Persons on July 30, 2017: "Every year, thousands of men, women, and children are innocent victims of labor and sexual exploitation and organ trafficking. It seems that we are so accustomed to it that we consider it a normal thing. This is ugly, cruel, criminal! I would like to call on everyone to counter this aberrant plague, a form of modern slavery. Let us pray together to the Virgin Mary to support the victims of trafficking and convert the hearts of traffickers."

GSR: How many people are victims of human trafficking in Brazil?

Bohn: We do not have any national statistics yet. In our country, each of the 26 states keeps its own statistics and has its own resources. Some states border neighboring countries.

In addition, we also know that human trafficking does not only happen internationally, but also nationally, between states and municipalities. This is due to the fact that some Brazilian regions are more impoverished than others. So we prefer to work hard on prevention and in schools. Our biggest focus is on children, teenagers and young women, who are often the biggest victims of trafficking. People with less income are more likely to be trafficked because of the need for survival.

Even if national official data do not exist, can one say empirically whether this crime has increased in recent years?

It is difficult to pinpoint. Rede Um Grito pela Vida works in partnership with many governmental and nongovernmental entities, and each of them has its own accounting. At the national level, there is no specific body that counts the number of trafficking cases.

When some of these cases of trafficking in persons or sexual exploitation reach Rede Um Grito pela Vida, we refer them to the competent bodies: sometimes guardianship councils, sometimes police stations. In cases in which we suspect international involvement, we send the case to the federal police to verify if it is human trafficking. That is why I emphasize that our specific role is to prevent and raise awareness of the problem of human trafficking.

In Brazil, we noticed in the last two years an increase in cases. But we cannot detect if this is due to the increase in the number of complaints or whether there has actually been an increase in trafficking, a crime that is often underreported because the agency treating the case does not consider it to be sexual exploitation. Often, these people are deceived about space and working conditions, which are often subhuman conditions.

The increase is also due to the great unemployment in Brazil and the large number of migrants in recent years. The more vulnerable the person is, the more easily she becomes a victim.

Whenever a person, a family, or a group from one state or country moves to another, people do so in search of employment or better living. This is the case of most people arriving across the border from Venezuela to Brazil. They have no knowledge of where they move to, and so they are vulnerable.

In addition, there is a natural multicultural issue in Brazil. Our country is the result of migration. In the city of São Paulo, for example, there have been entire colonies of Chinese, Japanese, Germans and people from other regions for many years. So the issue of trafficking is not just a problem today. History shows that 500 years ago, there was trafficking, but this was not a considered a situation and was not visible.

How would you classify Brazil in the international traffic of people?

Brazil is a country of origin of transit and a destination of trafficking in persons. We are an immense country with huge land borders. We have 11 states and almost 600 Brazilian municipalities and share a border with nine countries in South America. These border regions make up 27% of the national territory.

Brazil should invest in border control, awareness-raising and prioritization of public policies that protect people who are victims of trafficking and their families. We need to have houses for picking up trafficked people. Few states have specific spaces to house people rescued from human trafficking. They come with numerous difficulties.

In the Amazon region, for example, where do you act? In what situations are people found to be trafficked?

Particularly in regions where loggers are illegally removing wood in the mining regions. Here in the north of Brazil, the mining regions are very extensive, and there is trafficking of young people and women to serve the people who work in the garimpo [mining camps]. The same happens in large projects, such as hydroelectric plants, where there have already been concrete cases of sexual exploitation of girls, adolescents and women from 8 to 29 years old.

[Carlos Tautz is a journalist based in Rio de Janeiro.] 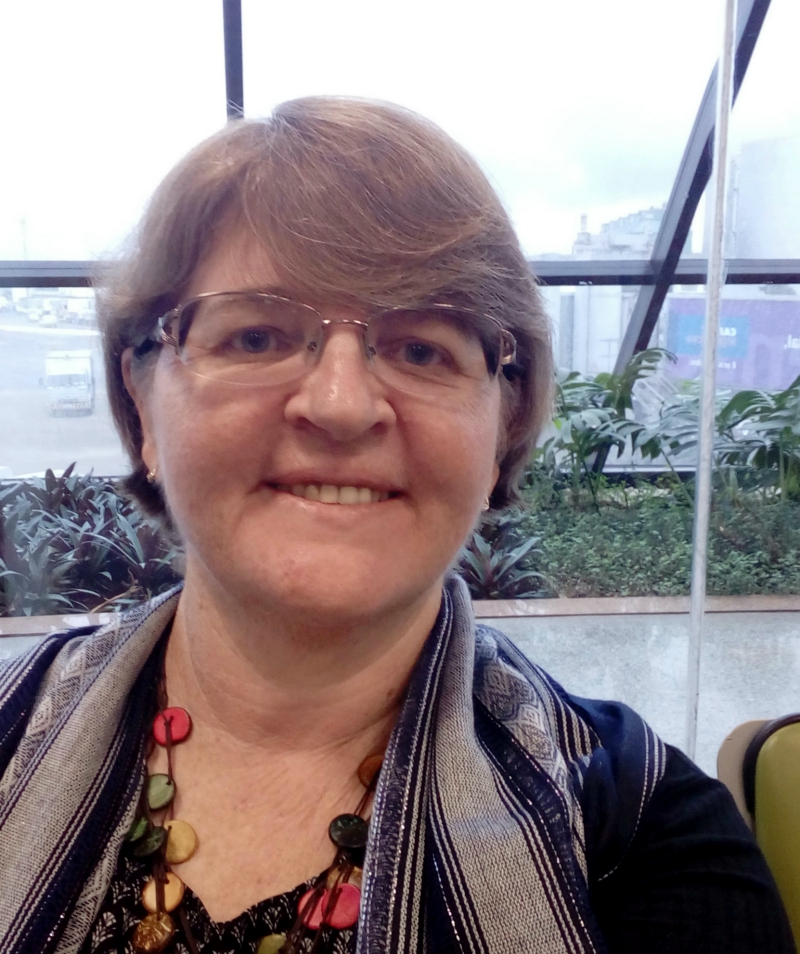 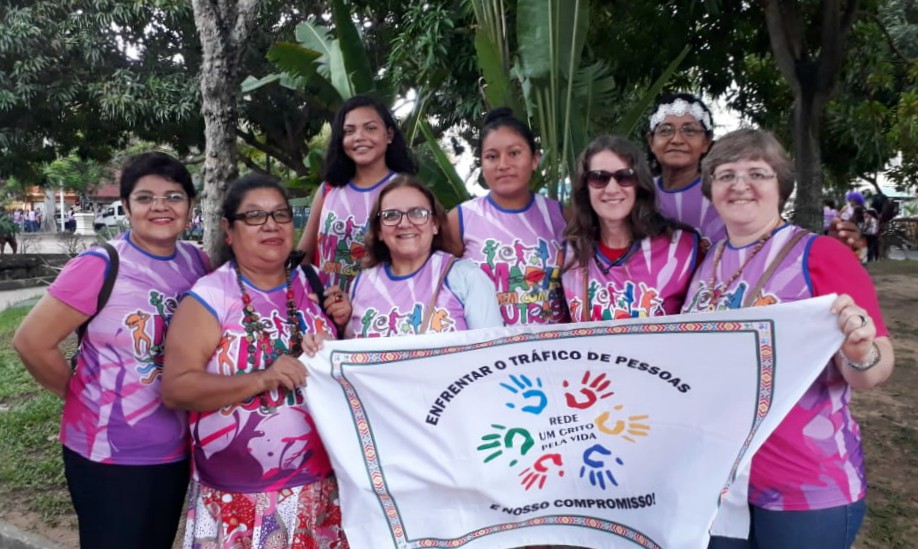 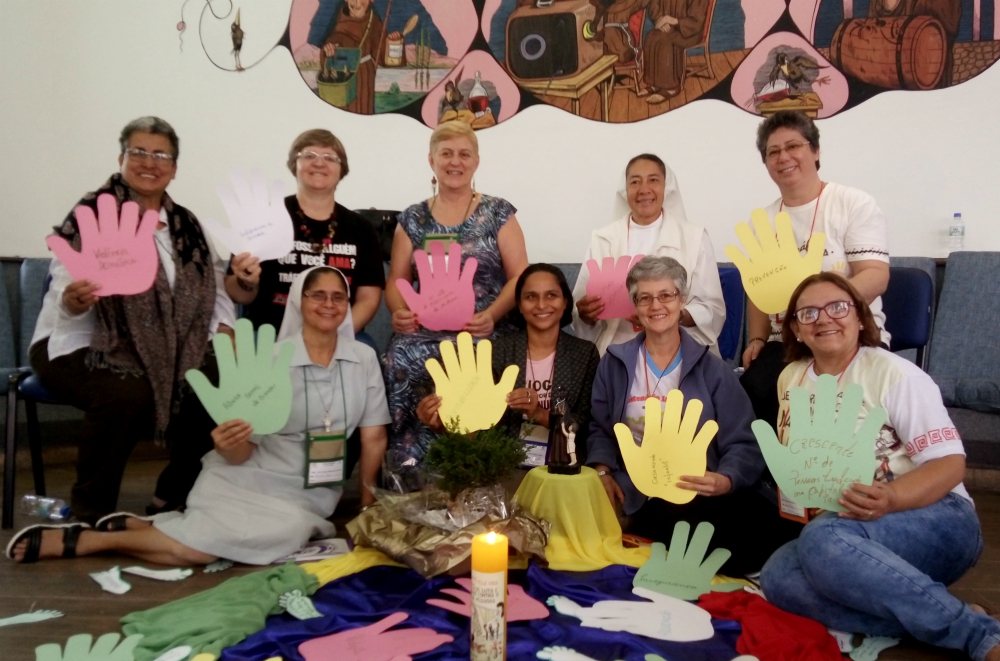