University of Georgia history professor Diane Batts Morrow has been studying the Oblate Sisters of Providence, the first congregation of black Catholic sisters in the United States, since she was doctoral student in the late 1990s.

In 2002, Morrow published a book about the Oblate sisters in the antebellum United States, and she is currently working on a second volume.

In June, Global Sisters Report met up with Morrow at the Conference on the History of Women Religious to talk about her work and the importance of black history in the Catholic church.

GSR: Why did you start researching the Oblate Sisters of Providence?

Morrow: When it came time for me to do research on my dissertation, I was interested in the field of African-American history, and I knew I wanted to do something 19th-century and something dealing with black women. Providentially, someone gave me a copy of Fr. Cyprian Davis' The History of Black Catholics in the United States, and the Oblate sisters were one of the groups that he mentioned. And they fit the bill.

When I was growing up in Philadelphia, I had never seen a black nun. And I was a cradle Catholic. I went to integrated parochial schools, where there were white nuns teaching and the student body was integrated, but I had never seen a black nun. So it was a real revelation. I felt deprived of knowing about my history as a black Catholic. And so the Oblate sisters fill in a great need there.

Now, I never thought that I was going to write about their spirituality because I'm not a theologian — I'm a historian. But as I researched their story, I realized I had to mention their extraordinary faith because that was about the only thing that could get them through. They started out in 1828 and just recently have passed their 185th anniversary [in 2014].

And, essentially, they should not be. They were black in a white society, women in a patriarchal society, free women in a slaveholding society. But they were that strong in their faith, in their vocation, and they knew about their relationship with God. So, essentially, they engaged in self-definition because white society thought of black women as the lowest possible form of morality, and yet here they define themselves as women of purity, women of piety.

Why is that important?

When people talk about black religion, they think automatically of Baptists, Methodists or maybe Pentecostals. No one ever thinks of Catholics, and yet, there were black Catholics for centuries. And I'm not talking one or two. These were people who were devoted to the church but also proud of their racial identity, and they banded together to do things for themselves.

In my first book on the sisters' antebellum experience, I have a chapter titled 'Our Convent,' which is an explanation of the extraordinary support they got from the black community, from the tiny elite to people who were domestic servants. And they were so pleased that they had this convent dedicated to the education of their children. So it was very important to them.

I think the sisters are also an example of people who did not internalize the constant mantra of white superiority and black inferiority. They took that very interesting definition of humility, which is where you cannot deny your own worth and you are in this relationship with God. You're not proud and arrogant, but on the other hand, you know that you are of worth. It's a tremendous story of black female agency in the early 19th century.

This was a group of women who did not allow others to define them but looked within themselves and within the strength of this community to say, 'We too are worthy to be brides of Christ.' And that can't be more antithetical to the idea of black women as just wantons and prostitutes. So it's an inspiring story, and we have to see examples of people who defy the odds.

What can you tell me about your new book?

It's ambitious. The first volume covered their antebellum experience, which was only 30 years, and this one goes from 1860 up to 1955, which is 95 years. And I keep saying, 'What were you thinking?' But my thinking really is that this sort of takes the sisters up to the acme of the pre-Vatican II church. And it also ends with the administration of this extraordinary woman, Mother Theresa Shockley, who was the mother superior for about 20 years.

What I find fascinating about the Oblates' story is that it's a terrific lens through which to view what's happening in American society. It's not just an institutional history of this community of women religious — because they're interacting all over the place. And you can see, for example, how the sisters dealt with the Civil War, how they had to deal with freedom and Reconstruction and the end of Reconstruction, how they maintained their self-sufficiency, and how they found a way to do these things with their faith in God and hard, hard work.

Do you know when you'll be finished?

I anticipate having to write about two more chapters, and so I can see the light at the end of the tunnel. I'm hoping that the light gets brighter and brighter as I go along.

What motivates you to keep doing this work after 20 years?

I think the sisters themselves motivate me. They are such an inspiration, and I feel very fortunate to have come across a research topic that is so alive. And I think it's the wonderful reception that the sisters have given me. They have been very generous and gracious and supportive, both in terms of hospitality and in terms of allowing me access to their archives.

This is, to me, an amazing story. In my first book, some readers said that I was very hard on Grace Sherwood, the author of The Oblates' One Hundred and One Years [published in 1929]. I did not mean to be — because she was highly sympathetic to the sisters, and in my own defense, I give her the best line in my first book. I wrote, 'As Grace Sherwood says, it is a marvelous story.' And it is. It is a story of persistence and willingness to go on in the face of little encouragement. 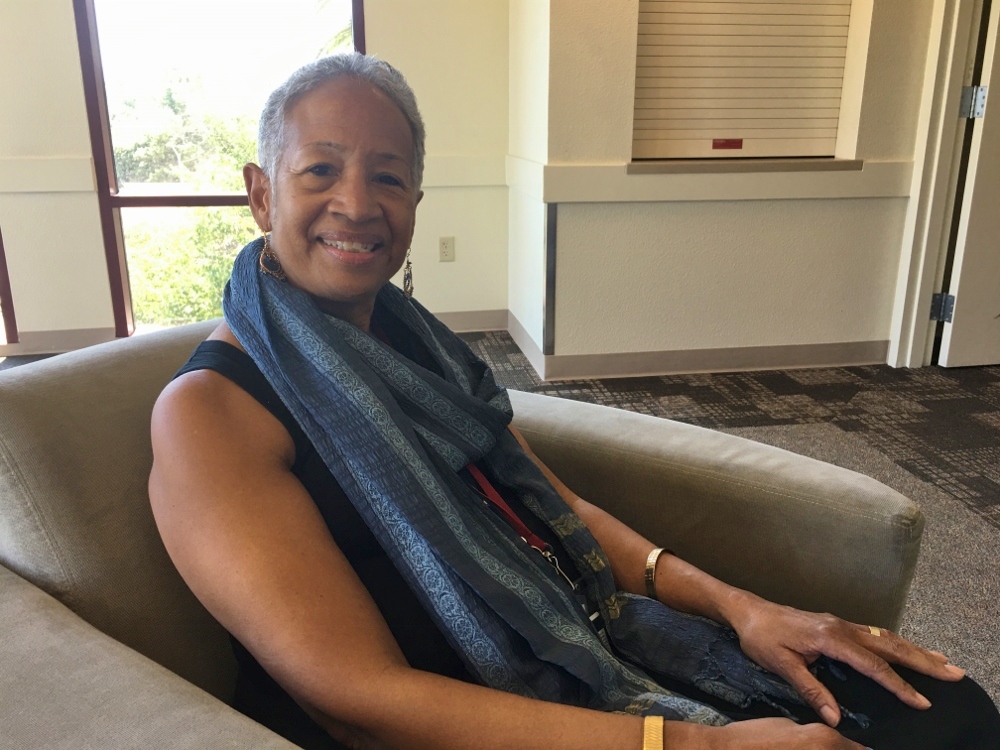