If you spent time over the holidays looking for movies to watch, you may have come across "For Love Alone," a documentary about Catholic sisters commissioned by the Council of Major Superiors of Women Religious. The 17-minute film made its iTunes debut in December after being released in August, part of CMSWR's larger celebration of the Year of Consecrated Life.

Clare Matthiass, a Franciscan Sister of the Renewal and CMSWR board member, was featured in the film and was one member of the committee of women religious who helped Grassroots Films shape the film's narrative arc. Matthiass talked to Global Sisters Report about the film while at CMSWR's religious life symposium in November.

GSR: Why did CMSWR want to make this film?

Matthiass: Well, there's a film called 'Fishers of Men' that promotes the priestly vocation and is outstanding. Religious sisters have used that for boys and girls because there was nothing for the girls for so long. So it was a dream of the CMSWR to someday finally have a film, although it's a huge project.

Finally, with the Year of Consecrated Life being announced by Pope Francis — and the Hilton Foundation* awarding us a wonderful grant for the work that we wanted to do toward the Year of Consecrated Life — we said, 'Now's the time.' We called Grassroots to see if they would be interested in taking on this project, which they were thrilled to do because they, too, had been wanting to do something complementary to 'Fishers of Men.' And so that's how it came about.

Historically, media depictions of women religious have come from Hollywood and are usually based on negative stereotypes. However, there's been a recent move for women religious to start telling their own stories and giving a more accurate view of their lives. Do you see 'For Love Alone' as being part of that movement?

Knowing that, we wanted to expose to the church the reality that religious life is alive and well, that there are young women that are being called to be religious — and that there are young women responding to that call in large numbers. It's a way, also, to expose young people to the possibility that they might be being called. They have to know that it's a possibility for their life; they have to see it to even consider it. The film can be in places where we all can't be, and that's the whole idea of social media.

What was the message CMSWR wanted to get across with this film? What were you trying to say about religious life?

We'd really hoped when we were making it that we were telling the universal story of a woman being called by God to a radical way of life, a radical following of himself. And so we're not honing in on individual sisters so much, or even individual communities, as much as we're trying to tell the universal story. We wanted to be able to say more universally what it is to be called by God. And then also, we wanted to show what religious sisters actually do. There will always be mystery involved in what it is to be a religious sister until a person joins — and even once you join, there's some mystery involved in this call because it's supernatural. But we wanted to make it more accessible to the people.

That's a big task. Was it difficult to accomplish?

That's an important message. It was also so timely because when we were filming, Brittany Maynard had moved to Oregon specifically for the purpose of taking her own life because it was legal there. She made a lot of public statements, and one of her statements was, 'No one should be able to tell me that I have to die slowly and in stages.' And if you notice in the film, it does highlight the elderly, partially because we figure if you show the end of life, it says the sisters are accompanying these people through life in different ways, but also because we wanted to speak to the growing acceptance of euthanasia and assisted suicide.

What would you say to Catholic sisters who watch this film and say, 'That's not what my life looks like?'

Well, we did a two-week screening across the country in May and had an overwhelmingly positive response from sisters of all walks of life, including many sisters who weren't part of the CMSWR. The feedback that we got from them was that because the film represents enough of the essential elements — prayer, service of the poor, service of the people of God, the call that originates in God that the woman responds to in becoming a sister — that it was common ground. So far, that's been the response that we've received and we're very, very pleased with that, because we want the film to be useful for everyone.

Is the film for everyone? Who should see it?

Oh gosh! The whole world needs to see it. I would love to see it translated with subtitles someday, because religious life is still a vital possibility for young people. God is calling; he has never ceased to call. Young people are having difficulty hearing that call today because of the state of our culture — the noise that we surround ourselves with, the lack of prayer and the crisis of faith that sometimes is the case. But God has not ceased to call. We want to do whatever we can to help foster the culture among the younger generation — not to recruit them, but to make them open to what God is calling them to in their lives.

And then for other people, we just want them to recognize this reality in the world — to know there are people who exist for them — because we don't just exist for Catholics. We exist for everyone. The people we serve are not just Catholics; anybody who comes to our door is served. 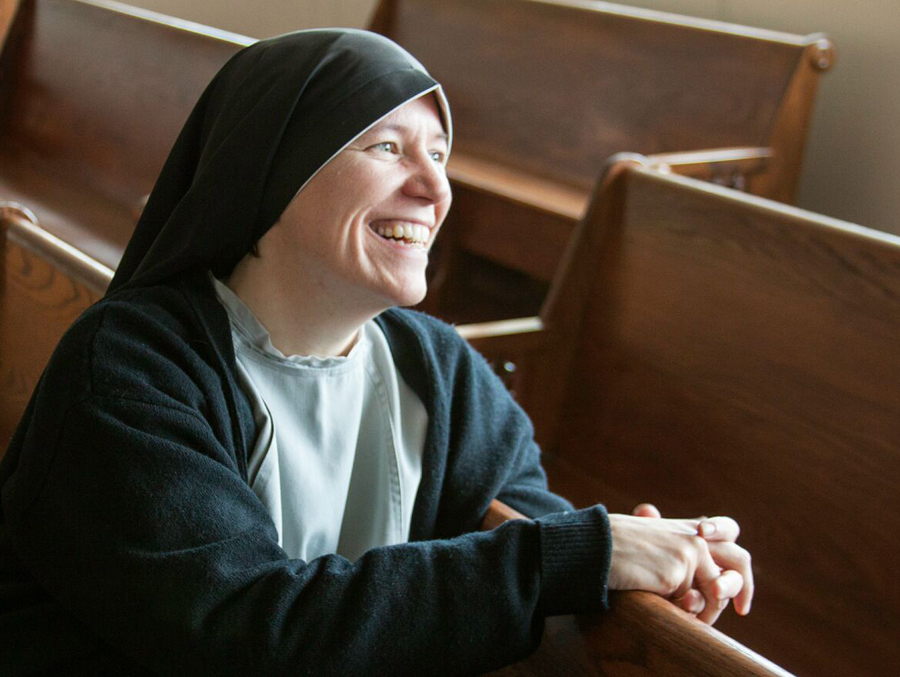 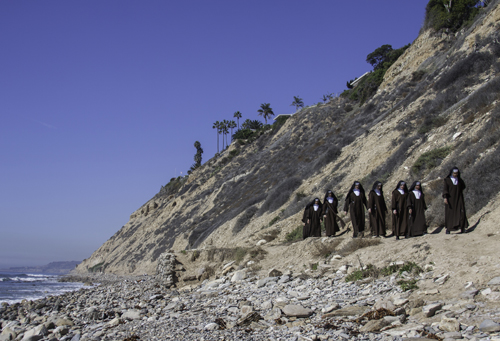 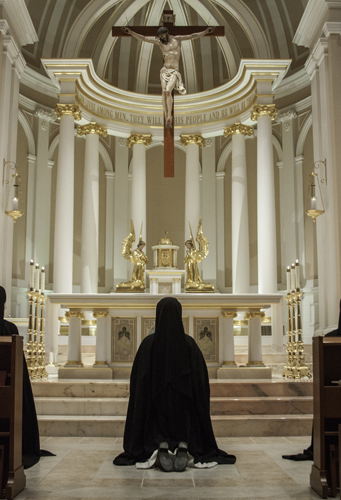 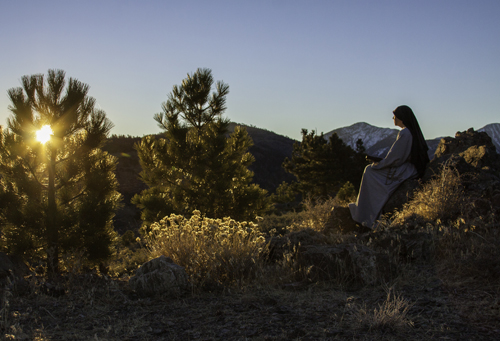