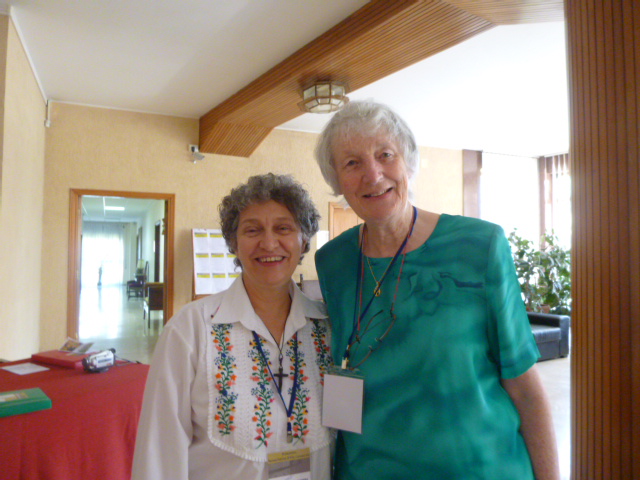 Sr. Lucía Aurora Herrerías Guerra is president of Verbum Dei Missionary Fraternity, a post-Vatican II congregation, and one of the organizers of the third World Encounter of New Forms of Consecrated Life in Rome earlier this year.

A distinguishing characteristic of new forms of religious life like Verbum Dei is that they can include sisters, lay members (including married couples) and priests belonging to the same institute of consecrated life. Verbum Dei is one of six new communities recognized by the Vatican; many more are attempting to gain approval.

Herrerías Guerra was born in Mexico City and joined the Verbum Dei Missionary Fraternity in 1976. She completed theological studies at the University of St. Thomas in Manila and a doctorate in philosophy at Gregorian University of Rome. She worked as a missionary in Spain, Australia, the Philippines, Mexico and Italy, and she has  taught philosophy for many years.

What was the purpose of the conference?

It was to reflect on the common elements of our institutions, so [we can] reach conclusions that help us develop our charisms, and to collaborate with the Congregation for Institutes of Consecrated Life and Societies of Apostolic Life specifically on new forms of consecrated life in the church. It was the third conference or ‘encounter.’ The common motto for them is ‘opening pathways.’

What kind of groups attended?

We had representatives from more than 30 communities, all founded since Vatican II. Some are very young, just 10 or 15 years old, and some are beginning just now.

There are many more [communities], but many are not yet approved as new forms of consecrated life. Some are on their way; others are looking for their place in the church, either in consecrated life or as lay movements, associations of the faithful or societies of apostolic life.

Only six communities already have been approved by the Holy See as new forms of consecrated life: the Society of Christ the Lord (Canada, 1993); Work of the Church (Spain, 1997); Monastic Family of Bethlehem, of the Assumption of the Virgin, and of Saint Bruno (France, 1998); Verbum Dei Missionary Fraternity (Spain, 2000); Spiritual Family The Work (Belgium, 2001) and Institute ‘Id’ of Christ the Redeemer, Idente Missionaries (Spain, 2009). 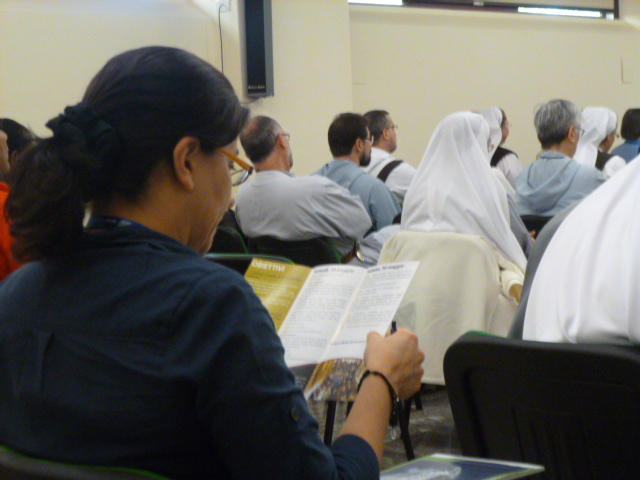 Please describe key differences and similarities of the groups.

What we all have in common is the membership: consecrated men and women, priests, married couples, single lay people . . . all belonging to the same institution, with a common charism, a common spirituality and mission and a common government.

As a source of spirituality, there is a common reference to the Holy Trinity and to the Family of Nazareth — thus, the desire of living communion between men and women and the different states of life in the church, which in Verbum Dei we call ‘ecclesiality,’as expression of the ecclesiology of communion.

The organizational structures are different, which is why we chose this aspect to reflect on during the third encounter: You can find no branches, two branches, three branches, four branches; in some there is a ‘president’ or ‘general moderator;’ in others, there is not. In some the president has to be a priest; in others it can be a lay person, either man or woman. In some, the married couples or lay members are part of the general government; in others, a consecrated person represents them in the general council. There is a quite a lot of variety, which extends to habits. Some wear habits, others dress as laity. Some have a more contemplative charism; others are apostolic, more specifically in direct evangelization or dedicated to social works.

What was accomplished at the gathering in Rome?

The experience of communion was a very enriching. We could breathe an atmosphere of fraternity, of awareness that, in spite of our differences, we are opening pathways in a common spirit. Some of us have more already done, and it is beautiful to be able to share from our experience — even if all of us are young communities! — with the younger ones. We are very aware, as well, of the long way ahead, not only at the canonical level but also the theological level: A reflection is needed on the meaning of consecration, for example.

How are these groups similar to or different from traditional groups, in prayer, vows, community life, ministries?

They are similar to traditional groups in the need for and the importance of prayer as the basis of consecrated life.

Probably one difference is the awareness that the evangelical counsels are for everybody and can be lived out by married people according to their state of life. So we talk about ‘consecrated married couples.’ The essence of celibate consecrated life is the same.

But in the case of obedience, for example, even if each member owes direct obedience to the superior of their own branch, there are as well some areas of obedience to the president or general moderator, some decisions that cannot be taken by a branch without taking into consideration the other branches. 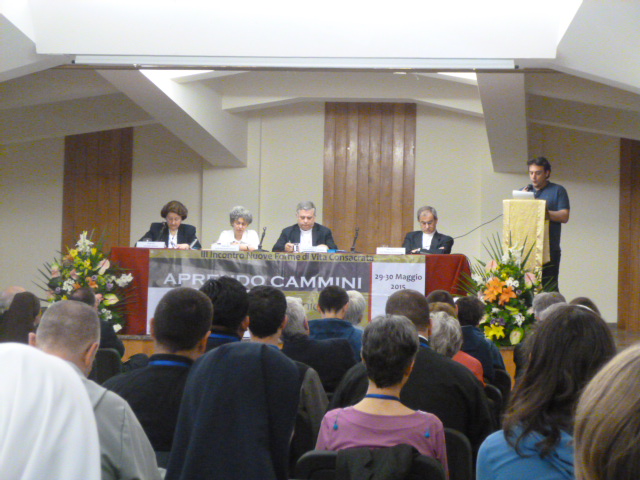 What countries were represented at the gathering?

The third encounter was attended by communities from Canada, Mexico, Brazil, Spain, France, Austria, Belgium, Italy, Portugal and the Philippines. There were 110 representatives from 36 institutes. Some founders are still living.

What are the major challenges for these groups?

There are many challenges. One is to find the appropriate canonical form. We are considered ‘new forms’ of consecrated life because we do not fit, without forcing, into the existing approved forms: religious institute, secular institute.

We have the challenge of being faithful to the charism we have received through our founders; the risk is to adapt to the existing forms of consecrated life, losing the novelty that the Holy Spirit wants to give to the church. But there is the opposite risk, of not wanting to go through the process of institutionalization, necessary so that the gift of the Spirit might not be lost.

What would you like the traditional congregations to understand about these new groups?

Throughout the history of the church, consecrated life has adopted different forms, through which the Holy Spirit has been giving an answer to the signs of the times: eremites, monastic orders, mendicant orders, religious institutes, secular institutes. . . . In the second half of the 20th century, and now, the Holy Spirit is inspiring new forms, which in the future won't be ‘new,’ but will have an identity and a structure. And certainly in the future the Holy Spirit will inspire other new forms of consecrated life to keep bringing the Gospel close to the people.

Q & A with Sr. Helena Burns: Following the apostle for today's media