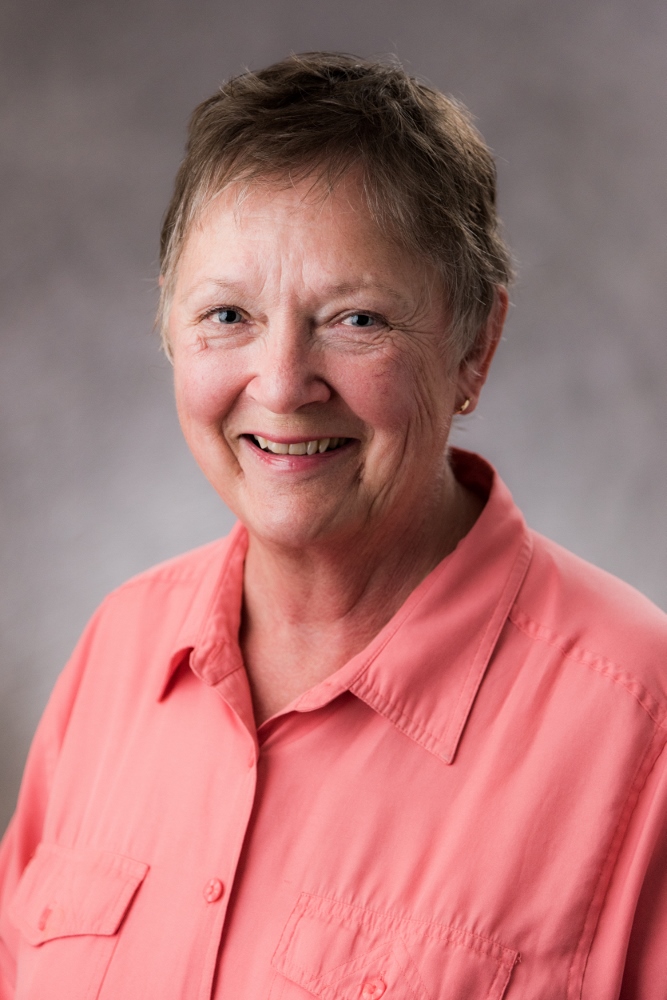 A mother of two and grandmother of four, St. Joseph Sr. Suzanne Herder had a winding journey in religious life before she recently was elected to the St. Paul Province of St. Joseph of Carondelet's leadership. The three-person team also includes Srs. Susan Hames and Cathy Steffens.

With Herder comes perspective gained from 30 years as a layperson — the decades spent between her first time in discernment as a high school graduate and the time she decided to rejoin the community once her daughters were out of the house.

In a conversation with Global Sisters Report, Herder talked about her life trajectory and what drew her back into religious life.

GSR: Why did you initially join religious life?

I entered [religious life] after high school, and after five or six years, during discernment, I was sad, actually depressed, so they thought that was a sign that I didn't have a vocation. They thought I should go home, so I went home.

Do you think your sadness was related to the vocation?

I think it was just a chemical imbalance that didn't have to do with the vocation. I loved what I was doing, but that [chemical imbalance] interfered with: Am I doing the right thing if this is how I feel?

Was it a reflection of the times, it being uncommon to talk about depression?

Right. People didn't know then it could be a chemical imbalance or that it could be a lot of things. But, you know, I entered in 1963, so it wasn't a common thing that people knew about.

I continued to feel that I was called to be a nun, and I thought, "Well, if I can't do that, I'll get married and have children." So I got married, I had two children. The marriage ended, and I raised the children from the time they were 3 and 6, but I always stayed connected with the sisters. Since I lived out in the suburbs, I didn't have a chance to come in very often.

When my daughters were older, I asked to come back as a consociate [another term for an associate]. So I started that program, and I met up with a friend who was a consociate, and she said, "I'm going to ask if I could become a sister."

There were four of us that wanted to come back to the community. One was a consociate; she had been at a different religious community. Three of us had been Sisters of St. Joseph, and we left.

So the four of us went through a novitiate program, but we stayed at home and had our jobs. We came in together periodically for meetings and some weekends, that kind of thing. I was in the training program of consociates for a short time. Then I asked if I could make vows, so I joined the novitiate program in 2000.

What made you decide to come back that year?

All along, when I was married, I always dreamt that I was back in the convent. And I didn't know those other people were coming back. One person who was a friend of mine said she wanted to be buried with the sisters and that she was thinking about asking to come back. And I said, "I really want to come back, too, but I'm divorced." She had never been married, and she said, "You can just ask," so I asked. And they said they would do the paperwork and I had to go through the congregational leadership team. 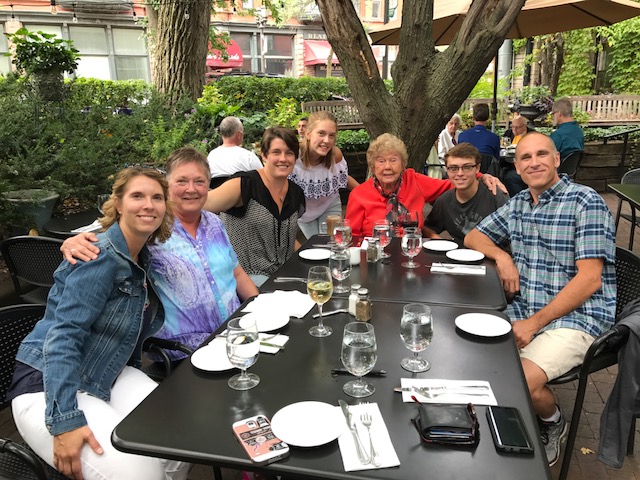 St. Joseph Sr. Suzanne Herder, left in blue, between her daughters Sarah and Rachel, with a granddaughter, her mother, a grandson and son-in-law (Provided photo)

What did your daughters think?

My youngest daughter was in her early 20s, a couple years out of college, and she said that would be good bar talk: "My mother is a nun." The other one had a really hard time with it. I lived in a fairly nice house, and I was moving into a small duplex with another sister, and she asked me if I couldn't date one more time. [Laughs] But they're fine with it now. They're 41 and 43. Now I have four grandchildren.

Where do you think her reluctance was coming from?

When I left, we were in habit, we were in schools, we were in hospitals and a little bit of social work. But when I came back, there was a lot more variety of ways that Sisters of St. Joseph were loving God and neighbor without distinction — the charism — so they were starting free stores and shelters for children, working with women who were not married and pregnant or women who were trafficked.

Do you think this new shift still would have appealed to you as a young woman in the '60s?

I think it would've appealed to me the way it is today. We had a small high school, a lot of young nuns who were excited and spiritual and loving. They were such good role models that I'm sure they'd be the same today under a different structure.

Do you think your experiences outside religious life will inform your leadership?

Being a mother of two daughters has been really helpful. Before this, I was director of the St. Joseph Worker Program for 17 years, which is a program for young women who want to do a year of service. I received a grant from the GHR Foundation to talk to other communities of our Sisters of St. Joseph that might want to start a worker program. So I started a few in California and Pennsylvania and two others no longer in existence.

They're with us for a year. We have 150 alumnae, and almost all of them are connected in some way back to us. We go to their weddings, they send us pictures of their babies, or they stop by when they're in town or come to our fundraisers. And they are living the mission of the Sisters of St. Joseph.

How long did you debate whether or not to return to religious life?

I thought when the kids got old enough and out of the home, I'd become a consociate. As I got closer to that time, I felt I was called back to religious life and that I'd like to come back and make vows.

I do believe today that there are going to be many different forms of living the mission. Vowed religious life the way we've known it is changing. Like the St. Joseph workers, they live the charism in their daily life. Our consociates live it. The sisters live it. They might be committed to the mission, but it could be a different kind of vow.

Q & A with Sr. Maureen McGowan on serving women and children in New York City

The apostolic visitation report was laudatory, but the sisters remain caught in ambiguity