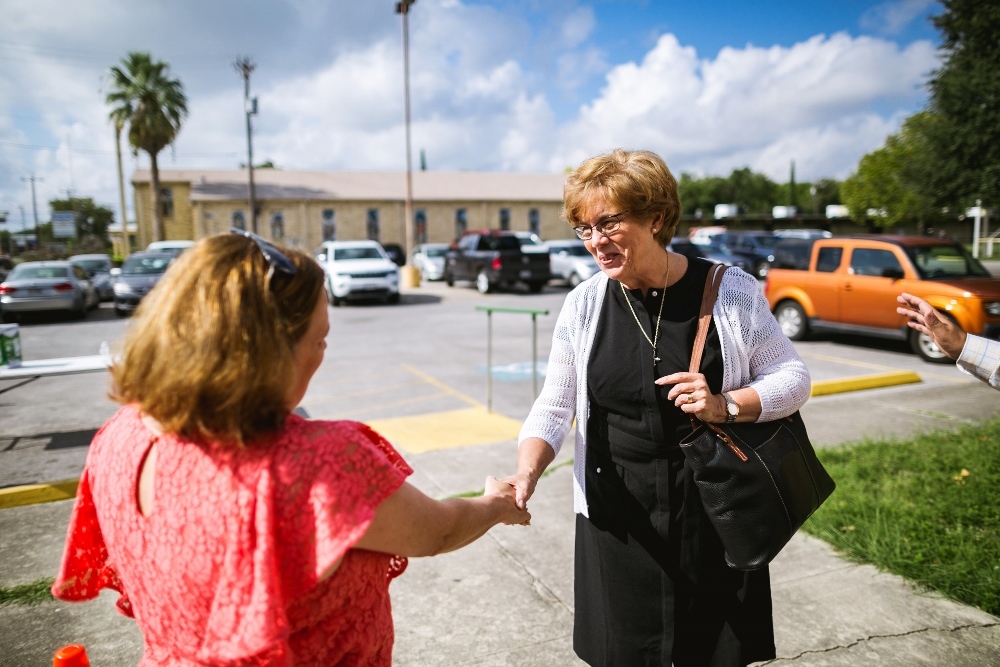 Alexandria, Virginia — It's been nearly three years since Dominican Sr. Donna Markham took over as chief executive officer and president of Catholic Charities USA, which has 164 agencies serving 8.7 million people nationwide. Then, it was notable that she was the first female president in the organization's more-than-100-year history, although Markham would rather such milestones be a thing of the past.

Even before taking the helm at Catholic Charities, whose board she once chaired, Markham had extensive experience in high-level positions. A board-certified clinical psychologist with a doctorate in clinical psychology from the University of Detroit, she served as president of the Behavioral Health Institute for Mercy Health in Cincinnati and the Southdown Institute in Ontario. The founding director of the Dominican Consultation Center in Detroit, she has been named a fellow in the American Academy of Clinical Psychologists and been awarded the prestigious Harold S. Bernard Training Award from the American Group Psychotherapy Association.

Markham has been prioress of the Adrian Dominican congregation in Michigan and served as president of the Leadership Conference of Women Religious.

Markham's name was even recently included as part of a clue on the long-running TV show "Jeopardy."

A recent visit to her light-filled offices in Alexandria, Virginia, found Markham between meetings and travels, reflecting on the parable of the good Samaritan and what it means for Catholics as well as for Catholic Charities.

GSR: You've been here almost three years. What have been some of the challenges and successes?

Markham: The most important thing has been to help the entire ministry of Catholic Charities to identify our vision and strategic priorities for the next five years. It became more important when Pope Francis addressed the 2014 annual gathering in Charlotte via video and challenged us to go into the streets and stay in the streets with those who are most vulnerable. With that playing in our hearts and minds, it became the focal point for us to begin to articulate a vision and formulate priorities.

I invited all of the Catholic Charities directors to engage with us in a theological reflection process on the parable of the good Samaritan, asking ourselves, "Who today is lying by the side of the road in need of our help? Who has been forgotten or marginalized or denigrated or despised? Who are those people we are called as a ministry of the church to care for?" That was the groundwork for the formulation of our vision and our strategic planning.

When we identified seven strategic priories [affordable housing; integrated health and nutrition; immigration and refugee services; leadership development and Catholic identity; disaster services; social enterprise initiatives; and advocacy and social policy initiatives], they became the focus of how we conduct our work: how we advocate on Capitol Hill, how we organize our offices and, finally, how those priorities drive our national fundraising.

Speaking of fundraising, in this economy, has it been difficult?

Not yet. With the major disasters in the fall, we were extraordinarily blessed by the generosity of Americans, who helped to meet the needs of those who had been affected by the hurricanes. The response was far beyond anything that I would have imagined. We raised about $25 million in the course of two months and were able to get most of those dollars immediately to affected areas of country and the territories. It spoke to me about the confidence people have in Catholic Charities to do the right thing with those monies and to our reputation. Hopefully, we will be able to continue to attract partners in the mission to assist people on the margins.

That varies from year to year. As an aggregate across the country, about 40 percent to 50 percent of agency funding is through federal and state funding grants. We're trying to make sure that these funds continue to support those who need them most: emergency housing, food assistance [SNAP, formerly known as food stamps], health insurance for children [CHIP], and disaster resources, too. That's essential for the people who are really at the bottom and who need support. We're doing what we can to ensure that the social safety net is not severely damaged. 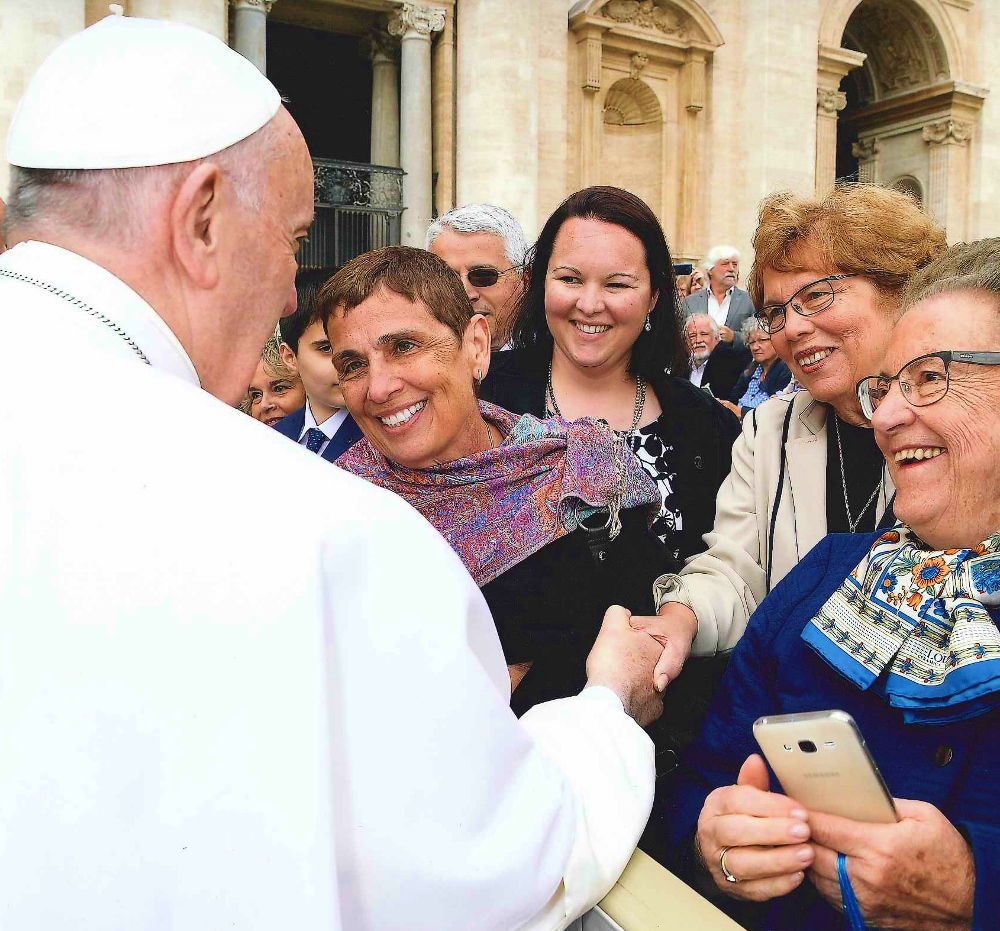 What about the political climate? Does that make your work hard?

Certainly, it does. The lack of clarity on Capitol Hill and the contentiousness of the environment are not helping us at all. We try to do what we can to make our case with legislators, but the climate is so divided. The Catholic community is as divided as everybody else.

The only case that we make is on behalf of the Gospel and our obligation as a community of faith to tend to the least among us. And I think that's a message that all Catholics, regardless of where they stand in the political spectrum, can hear and hopefully have an openness to help. For us, getting into political issues is not a good place to go, so we stay with what the Gospel is asking of us.

I've talked about strategic planning in red states and blue states and purple states. I stay with the parable and engage people around the parable and the question of, "How do we meet the needs of our brothers and sisters who have been left lying by the side of the road and nobody is helping?" It's the Gospel. It's not about politics. And I think that's the message.

We go to senators and congresspeople on both sides of the aisle, and we talk about people who are mentally ill, about caring for the homeless, about providing assistance for children. And we stand in the truth of our faith when we do that. That's our message: Here's who we are, here's what we're called to be as a faith community, and we need your support.

Helping immigrants and refugees is one of your priorities. Can you give us some insights into how that is going?

That's been a very difficult situation for us. Catholic Charities is one of eight national organizations that receive federal funding for refugee resettlement. We're the largest, and we receive about 20 percent of the funding and refugees.

Prior to the 2016 election, we had planned that there would be 110,000 refugees coming into the U.S. Those numbers were cut by this administration to 45,000. At this point, that number has not even been reached, and federal funds have been radically decreased. That's resulted in the loss of some very highly skilled caseworkers. The U.S. bishops' conference has assisted us with a grant to help retrain some of those caseworkers in the interim to address the immigration crisis. So we're trying to deal with it.

But the sad thing is there's not much that we can do other than advocate for changing the policy. Because the numbers have gone down so radically, some of our agencies will have to close their programs entirely.

What are some other initiatives you're working on?

We're doing a lot in conjunction with academic institutions and social enterprise development. We're looking at the success of those social enterprise models so we can establish small businesses that are putting people to work, giving them experience.

Affordable housing is another area. We operate about 36,000 units of affordable housing across the country and are seeking to expand markedly because of the need. When we did our analysis of the response to the question about the good Samaritan — who's lying by the side of the road? — every single agency identified affordable housing as a critical need. Rural, urban, suburban. It is an enormous need in this country, and it was probably the most frequently cited for all the agencies. That surprised me. I thought it would be food. 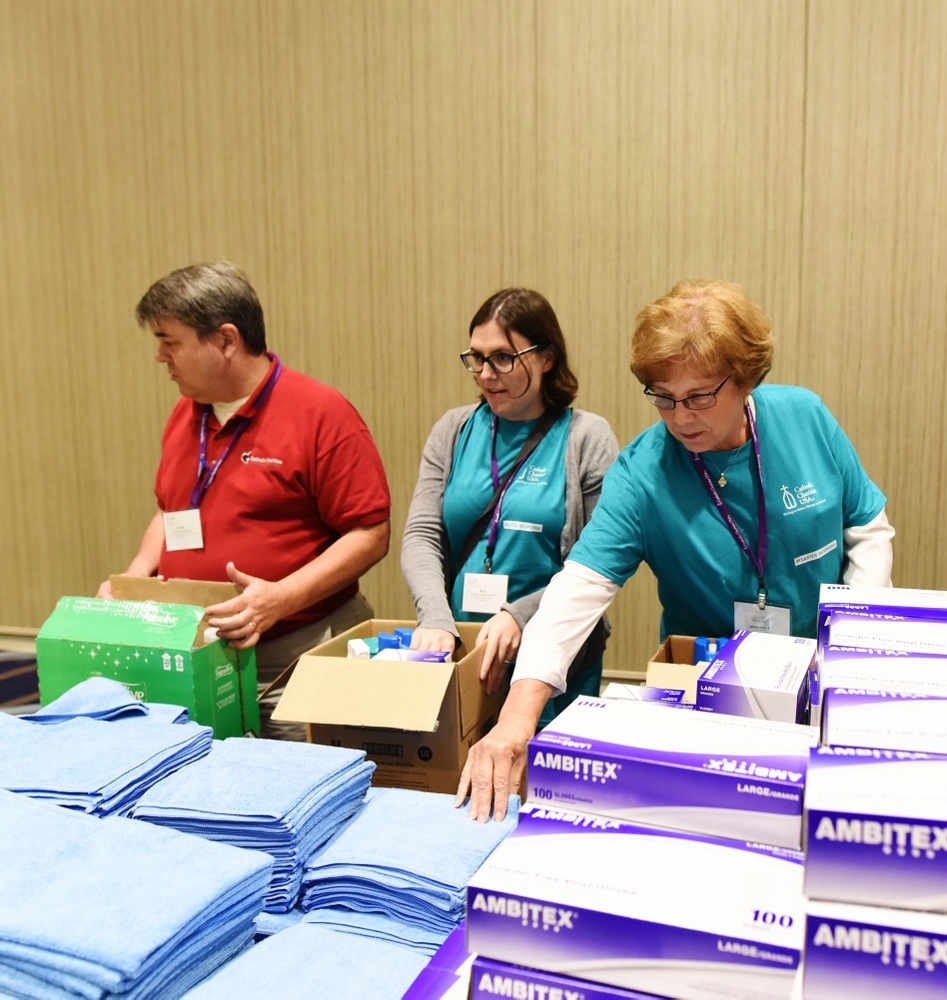 What has been personally challenging about the transition to this position?

Because I am a clinician at heart, I miss direct service. I love being out there. I think my clinical background gives me a sensitivity to some of the real struggles of people who are on the margins. I always miss doing clinical practice. Maybe again someday, who knows?

What surprised you about Catholic Charities?

Something I would say that I recognized early on is the extraordinary dedication of people who work with Catholic Charities in every single capacity across the country — the volunteers, the staff, the board. This is an extraordinary collection of goodness, and to see that is to see the Gospel in action and to see the church at her best.

How do you keep your own spiritual energies strong?

I think it's the gift of having an extraordinarily supportive community. Being surrounded through my whole life with Dominican sisters who have mentored me and accompanied me along the way and challenged me to continue to grow, both spiritually and professionally.

How do you see the Holy Spirit working?

I think there are miracles that happen every day, and sometimes, those are very small miracles, like seeing someone actually recover from a very bad patch in life. Other times, they're very big surprises, big changes that happen across a whole part of our culture.

An airline attendant saw my Catholic Charities luggage tag recently and said, "Can I give you a hug? You saved my life." It was very touching. It was beautiful.

And now, how about that reference to you and Catholic Charities on "Jeopardy"?

Wasn't that funny? That was absolutely hysterical! We didn't know what the question was, and I certainly didn't know it was going to be my name!

Q&As | Q & A with Sr. Donna Markham on what the good Samaritan means to Catholic Charities USA

Q & A with Sr. Tamam Salame, leading a Lebanese hospital through financial challenges

Q & A with Sr. Cynthia Mathew, who sheds light on India's Dalit at the UN