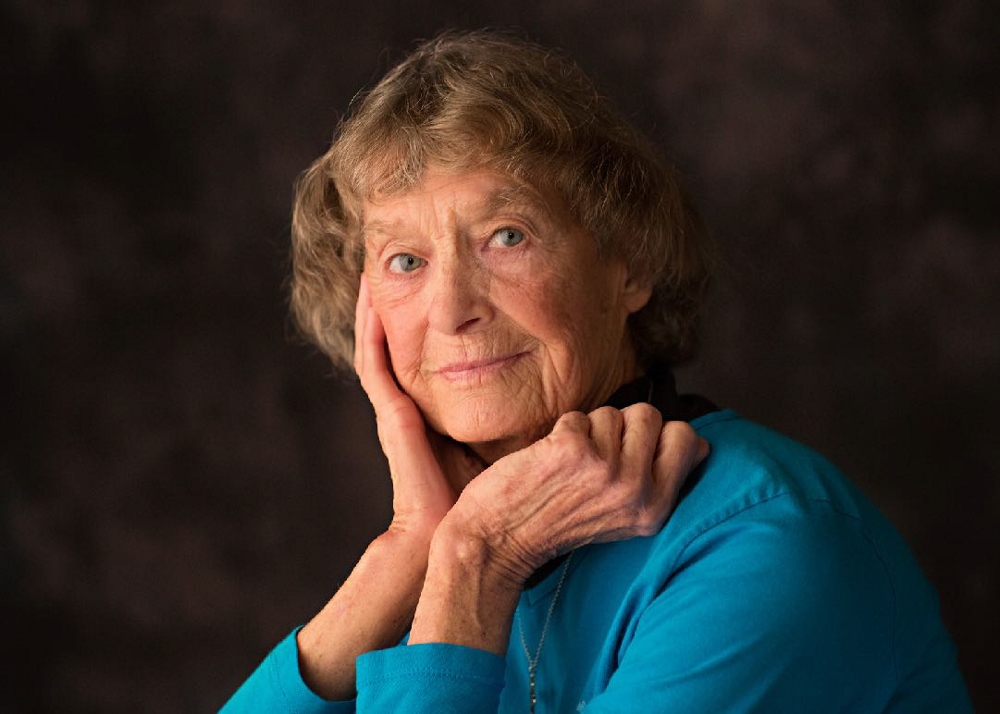 Sr. Madonna Buder is a member of the Sisters for Christian Community. (Ari Nordhagen, from a presentation by Randy House for the Spokane Camera Club, 2009)

Since then, she's completed at least 45. (She stopped counting after that.) She also wrote a book (The Grace to Race), was featured in a 2016 Nike commercial, and traveled the world for speaking engagements.

"After all these years of running, I still don't know what the runner's high is," said Buder, a member of the Sisters for Christian Community who lives in Spokane, Washington. "I know what the lows are, of course."

In a conversation with Global Sisters Report, Buder talked about running as an opportunity for mindfulness and prayer, bringing her closer to God.

GSR: Walk me through what first got you interested in triathlons and, specifically, Ironman competitions. Have you always been a runner?

Buder: A Catholic priest had a roundtable discussion and started to expand on the benefits of running. I was used to running in interaction sports, but I would never just to go out and run for no good reason. What captured me in the discussion was that running harmonizes mind, body and soul, and I thought, "Well, I consider myself a holistic person, so that makes sense to me." I went out when it got dark, had a hand-me-down pair of tennis shoes on, and that was it.

I was introduced to triathlons through another runner who had just come back from doing the Hawaiian Ironman. And he said, "Sister, you have got to try this." He told me the distances, and I was repulsed by the whole idea. I hadn't swum for years; I just did as a kid. And I'm not in favor of going in with a bunch of people and their flaying arms and legs and getting smashed. I didn't own a bike.

A benefactor from the Good Shepherds, where I was at the time, knew what I wanted to do and knew I didn't have a bike, so he went to a police auction and got a bike. I was going to do my first triathlon on it. Learning how to use a 10-speed bike was like graduating from a pony to a racehorse; now, I use a 20-speed. You just adapt to the situation, and that's how it all fell together. It was not my idea at all. 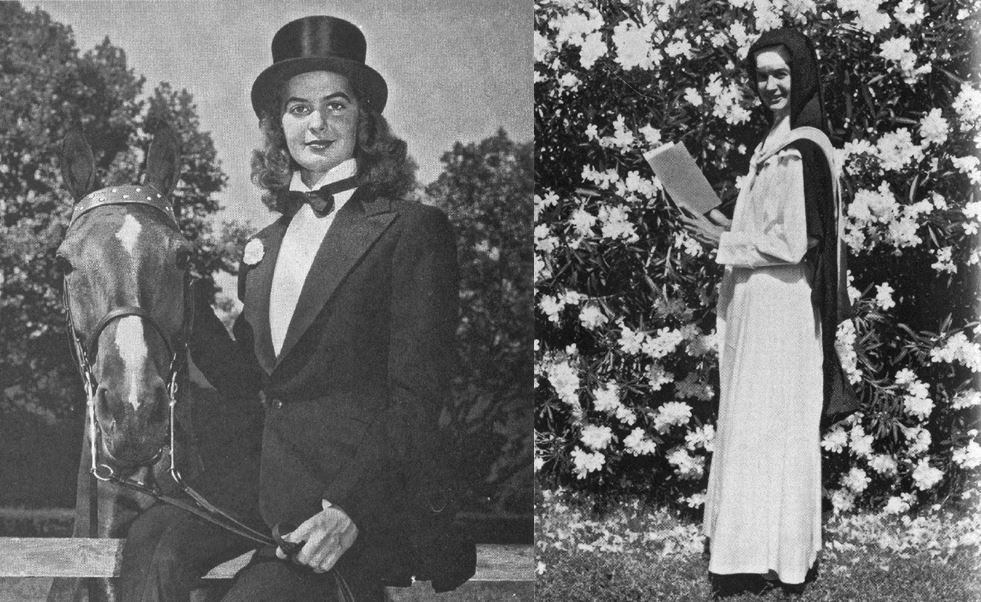 Is running a spiritual exercise for you, too? Do you pray or meditate while you run?

Running was introduced to me at a very important point in my life. I was going through difficulties with the change that had been introduced by the Second Vatican Council; the sisters' attitude about what I was doing in my spare time, running; and the senses of jealousy — it was just a difficult time in my life. So running and getting out there in God's creation — like the priest said, it really does harmonize mind, body and soul.

I was really troubled this one day. I was coming back from doing 13 miles, and it all of a sudden occurred to me: You are out here, lost in nature, which is greater than any little problem you might happen to have. It was like, "Yeah, that's right, I don't have to worry about what other people think; I just have to be at peace with myself and what I'm doing for you." These were very precious times to pray out in God's great cathedral.

Both are complementary insofar as being character-builders, especially through discipline, so one does complement the other in that respect.

Given the opportunity to be free out there in nature is certainly complementary to addressing him on your knees. It doesn't make any difference to him what position you're in as long as you're communicating. It's an ongoing thing for me. He's just sitting on my shoulder all the time, a constant companion, and that does help make things a lot easier. Problems can be dismissed when you think of the greater good that surrounds you and his presence in many things. You can be thankful for anything, even the obstacles, because even obstacles build strength. There are lots of times when you feel like you're ready to cave in running, especially when you're alone and you don't have anyone to bolster you except the dear Lord, especially in Ironman distances.

Do you have an accomplishment you're most proud of?

Nothing with pride, just gratitude that I'm able to do it. At this age, when most people are using canes or walkers, if they even exist anymore, it makes me totally grateful that he has given me the gift to sustain life. And this lifestyle I'm sure is elongating my life. There are five or six Ironman age group divisions for women, and I opened the 80 when I was 82. But nobody [else] has touched the 80s yet in Ironman, and I'm not really sure it'll happen. 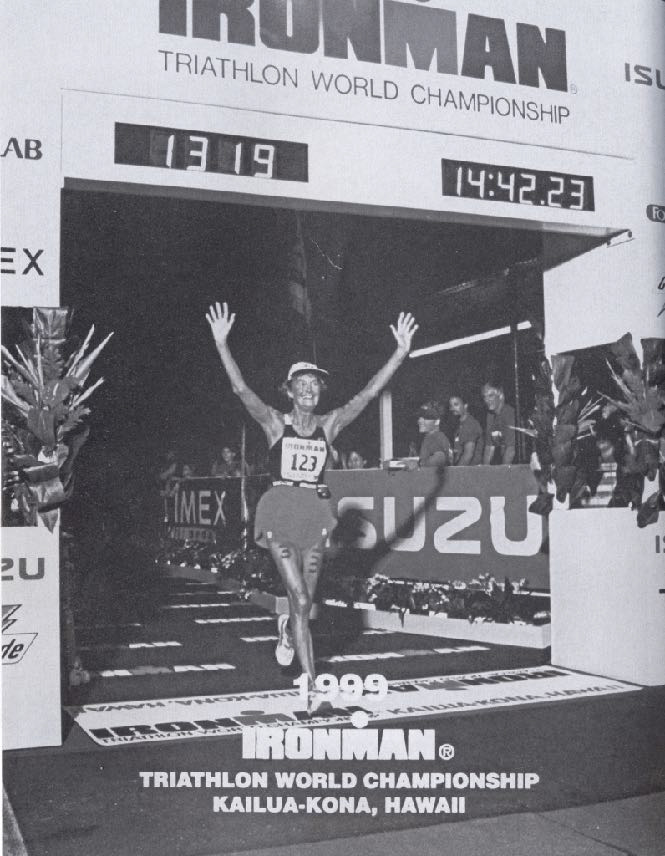 (Courtesy of Madonna Buder, from a presentation by Randy House for the Spokane Camera Club, 2009)

You've had an incredible amount of media coverage, plus a Nike commercial. How has that experience been for you and your community?

Since I live alone, I don't have a community to answer to, and it gets a little overwhelming. My time is usurped at the present moment. It never stops. It was bad enough before the Nike commercial, but now it's escalated quite a bit. I don't know how people learn about me, but I could blame a good amount on the Nike commercial.

Was your community always noncanonical? Was that a point of interest for you in joining this community?

This community was a lifestyle for religious that had been introduced by Pope John XXIII, who held the Second Vatican Council. A priest and a Holy Name sister went touring around, describing it. Eventually, that sister stepped out to help formulate that type of community. That was in 1970, and it grew and grew and grew. It happened to be in a stage when so many sisters were leaving their original orders anyway, so this was the perfect setting to have this lifestyle introduced. You are responsible for yourself; you're no longer in an ivory castle being protected. You're out with the rest of the people earning your own living, doing your own apostolic work.

What happened to me was just being available to what God decides to do with me. I had nothing to do with it. He opened up this world of triathlons, and some way or other, I'm touching people through that.

I had already had my silver jubilee with the Sisters of the Good Shepherd. [Buder joined the Sisters for Christian Community in 1986.]

How was that transition for you? Was there an "aha" moment for change?

I had broken my hip when I was training to do my first Ironman, and you couldn't do too much that way. And one of the sisters had just read the book explaining this new lifestyle written by the Holy Name sister, and I read it and thought, this fits me fine — maybe I should do this.

I don't try to control anybody, much less myself. I'm open to experiencing what it is that comes along day by day. And it's amazing how God leads you down his little pathway and all you have to do is say, "Yes, I'll try it," and then all these doors and windows get opened if you follow the lead of the Shepherd. He's always been a good shepherd. 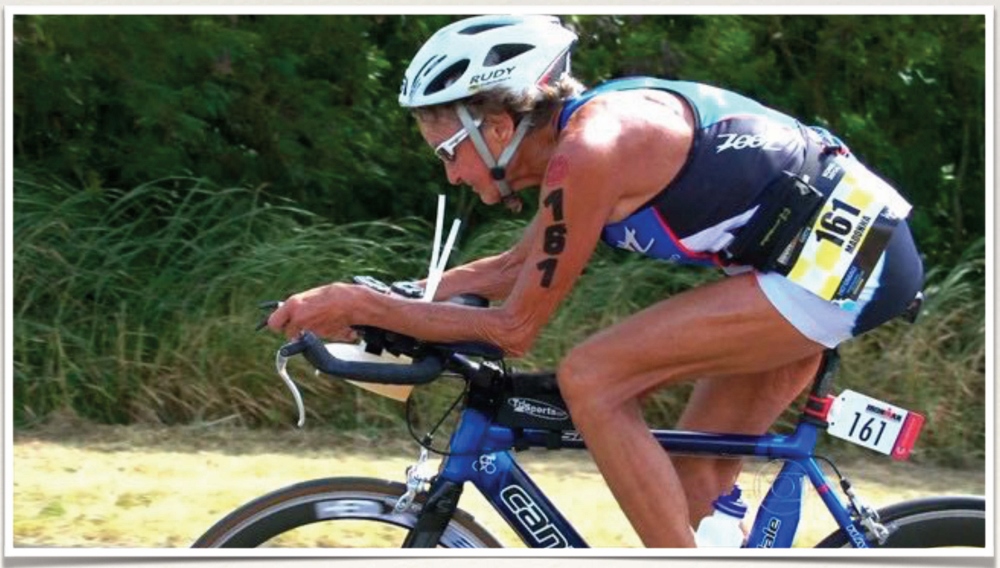 Courtesy of Madonna Buder, from a presentation by Randy House for the Spokane Camera Club, 2009)

Be a real patriot this Fourth of July