In Zimbabwe, more than three-quarters of the population lives in rural areas with poor infrastructure and nonexistent roads. The lack of services critically affects expectant mothers in rural areas, who have difficulty getting to necessary health services before and during birth.

In northwestern Zimbabwe, the rural village of Lupane is home to some of the country's biggest forests and home of a lucrative lumber industry. Yet despite the natural resources, the wealth has not trickled down to the residents, many of whom live in poverty. The world-famous Victoria Falls, one of the world's largest waterfalls with a width of more than 1 mile (1.7 km), is 164 miles from Lupane town center. Though near this tourism mecca, the area has not benefitted economically from foreign visitors nor offer world-class health facilities.

Lupane lies just 100 miles north of Bulawayo, Zimbabwe's second-largest city, but infrastructure development does not yet reach the entire district. In order to reach St. Luke's Hospital, a Catholic hospital run by the archdiocese and the largest health institution in the area, many residents have to travel up 18 miles on dirt roads, transporting ill patients or mothers in labor in donkey carts.

St. Luke's serves Matebeleland North, a province with a population of more than 700,000. According to researchers and health workers here, more and more economically disadvantaged villagers have over the years preferred mission hospitals such as St. Luke's over government health institutions because of the ready availability of medication and what is seen as better-trained staff.

Despite the challenges of working in rural health care, Servants of Mary the Queen Sr. Gertrude Sibanda has found her calling working as a midwife at St. Luke's. Sibanda, born and raised in Bulawayo, spoke to GSR about the health apostolate in the local Catholic Church and how it has formed and strengthened her vocation.

GSR: Tell me a little bit about your journey to be a midwife in rural Zimbabwe.

Sibanda: I studied midwifery at St. Luke's, where I am currently based, and have worked as a nurse for three years. All that time, I have been based here in St. Luke's maternity wing. Before that, I was a pastoral worker in different rural parts of the Archdiocese of Bulawayo's outstations.

What are some of the challenges of working in rural health care?

The challenges are many, especially the continued lack of adequate access to health care among the economically deprived in rural communities. There is also an increase of chronic illnesses such as cancer among the marginalized rural population. At Catholic hospitals, we have an overwhelming attendance of the poor to mission hospitals, where hospital fees are less than those in other health institutions, such as government or private hospitals and clinics.

How do you keep your faith amid difficult conditions?

As a Catholic nun, my faith has given me strength and hope in otherwise hopeless situations, especially when dealing with those who are about to pass away. Other times, there are situations where I think more could have been done, but it wasn't possible because of the economic situation. We discuss these difficulties among ourselves with fellow nuns working at the hospital. This has been a huge source of strength to deal with psychological issues that affect us as health professionals.

What do you see yourself doing in the future?

I am looking forward to more years working here. However, there are certain things that I wish could be improved, such as road infrastructure, availability of electricity, better transport and refurbishment of the hospital.

What are the biggest needs at the hospital?

Our hospital is understaffed. The ratio of patients per nurse is compromised, and we need more staff. The hospital needs new equipment, as most of it is obsolete. More free medication is needed for many poor villagers who require assistance from both the church and government. What is also required are more Catholic sisters to enter the nursing vocation. I see nursing as being not just a profession, but a vocation. There are few sisters going into nursing, but I think with more support and encouragement, this will change as congregations seek more vocations.

Are there specific areas you think need special attention in your daily interactions with your patients?

Indeed, there are huge needs in rural areas for young mothers in maternal health. For instance, we need education to register pregnancies early to avert complications. Also, we need HIV testing to avert mother-to-child transmission. The distribution of anti-retroviral therapy on time is crucial to stopping transmission to the unborn baby.

Are you the only Catholic sister at St. Luke's? What do you think are the areas the church itself should address in the health apostolate?

There are six sisters at St. Luke's, all from our congregation, the Servants of Mary the Queen. The Catholic Church should train more health workers and nuns in their schools of nursing, and there should be more Catholic doctors, if possible, and administrators for its institutions. This will help in fostering the church's mission of evangelization and perhaps itself will be successful in delivering its mandate in the health sector.

Is there a patient you particularly recall as special remembrance to your call as a both a nurse and a nun?

There was this very ill woman who delivered a child who it seemed would not live. The mother was too sickly. The child was sickly, too. They had to be in separate wards. We took great care of them both. I would go an extra mile to visit them from time to time. Finally, they were discharged. The child had gained, but the mother was a case of palliative care.

After about a year, I was greeted by a woman who had come to the baby clinic. She was so persistent in talking to me. I would try to evade her to make her be helped by other staff, but she still doggedly clung to me. She ultimately said to me, "Thank you for not giving up on me and my child. You are the reason for our survival. I will tell my child always about you as she grows up." She reminded me who she was and the situation she was in. My face lit up with joy. I just said to myself, "This is what nursing is all about, thanks be to God."

Any advice for other sisters working in rural health care?

I do not see the working conditions improving soon. One has to be strong and draw from her training and more so from the nature and essence of the nursing vocation. This entails going back to the foundation of this noble call. It means revisiting the story of Florence Nightingale; she became known as "the Lady of the Lamp" because of her lamp that she carried on her night visits to those who were sick.

One has to have a deep spiritual sense; that is, by becoming a nurse, one should never forget that she is participating in the divine healing ministry of Christ. He must be one source of hope, especially in these trying moments in health care. This will make one grounded and make one continue in service. 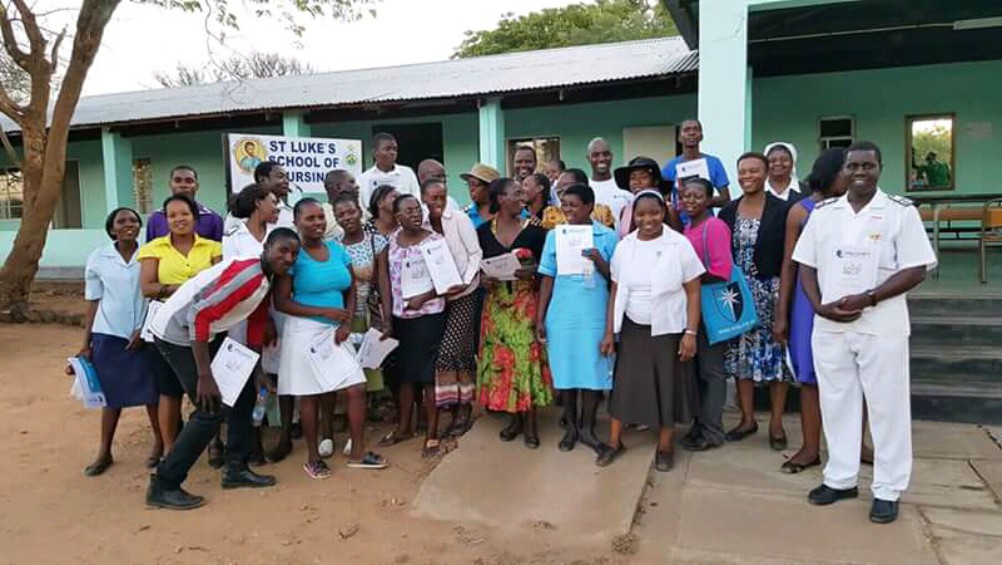 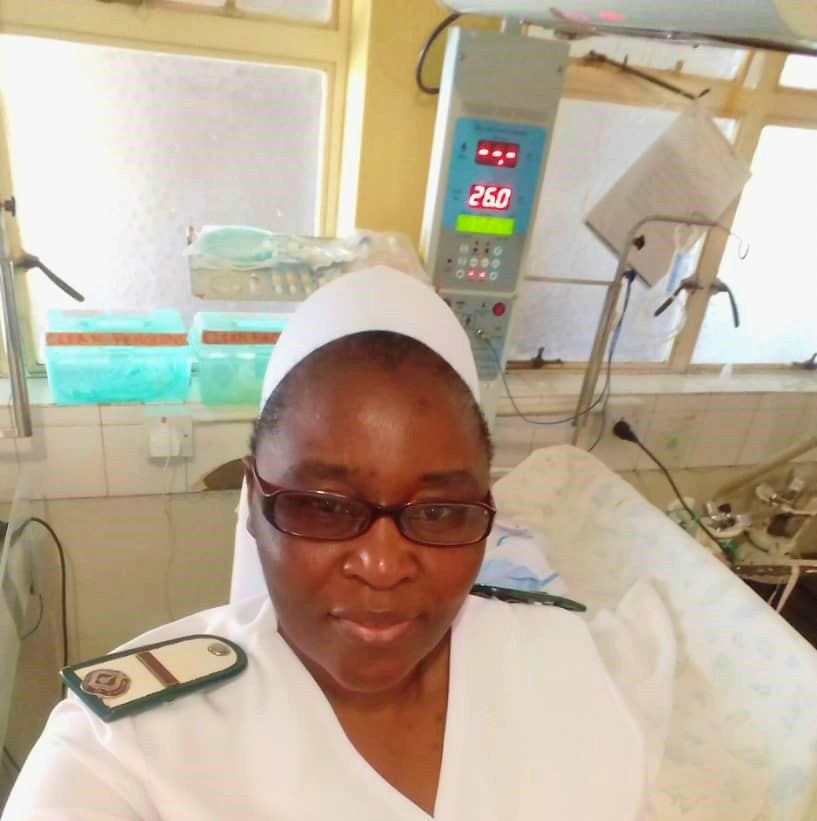