Mexican advocates for the indigenous inspire at the UN

by Viviana Garcia-Blanco
Spirituality
Social Justice
This article appears in the Notes from the Field feature series. View the full series. 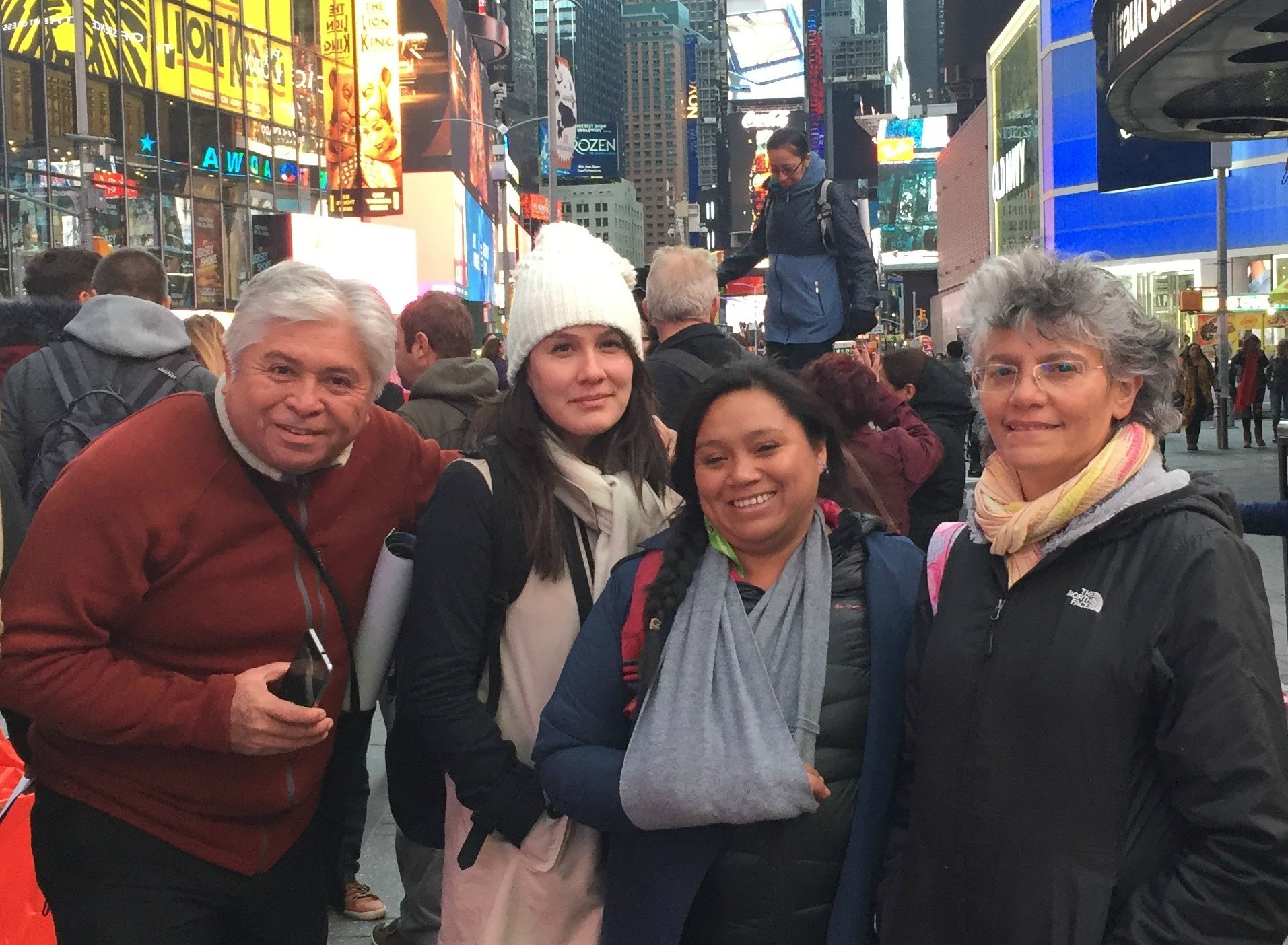 From April 16 to 27, the United Nations' Permanent Forum on Indigenous Issues was officially in session. This year's theme focused on indigenous people's collective rights to lands, territories and resources.

This year, the Dominican Leadership Conference hosted four guests from Mexico who participated in the forum: a Mayan priest from Yucatán who is a human rights defender of cultural identity and promoter of responsible agriculture practices that have their foundations in the Mayan worldview; an interpreter who works with our Dominican family in California and Mexico; a Dominican sister from Chiapas, Mexico, who provides health services to the Mayan community of San Andres; and a graduate student from Chiapas, fulfilling her master's degree in natural resources and rural development.

They stayed a week at one of our Dominican retreat centers in Manhattan, attending various events and participating in the forum. The Mayan priest presented at an event relating to spirituality and land stewardship. He explained the deep connection indigenous people in Mexico have to the land and all of creation, a belief that stems from the idea that we are all reflections of God and how in taking care of another living thing, we in turn are taking care of ourselves. In essence, we are bonded to one another. 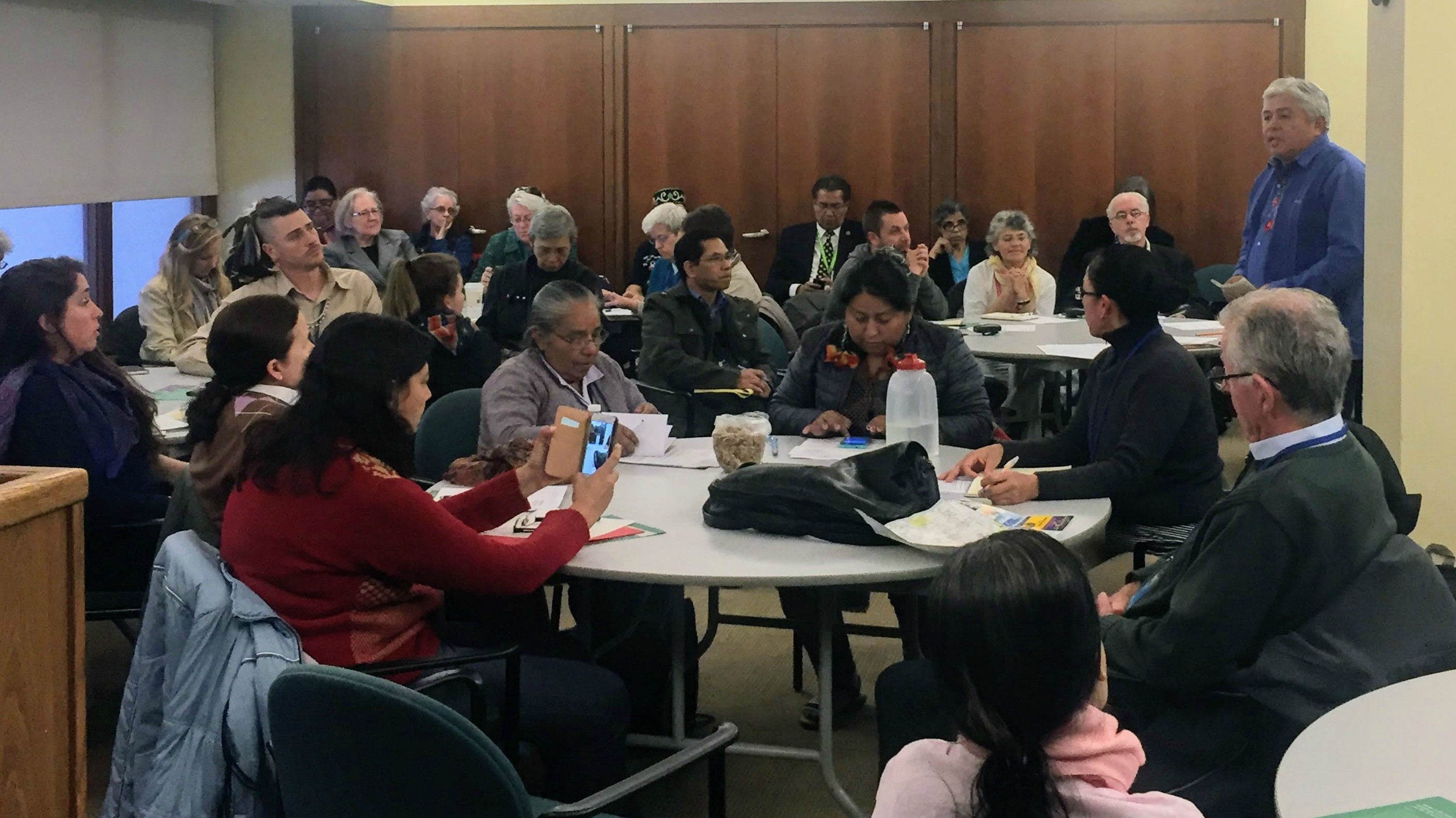 Tilo, a Mayan priest from Yucatán, Mexico, presents at a spirituality and land stewardship side event at the United Nations' Permanent Forum on Indigenous Issues (Viviana Garcia-Blanco)

The second half of his presentation focused on the cruel realities indigenous people are faced with when it comes to human rights violations and land exploitation. As echoed throughout the forum, on a daily basis, indigenous people face discrimination; violence; lack of collective rights to own and control historic land and resources; denial and/or lack of access to legal resources; and lack of political representation and participation. It was a powerful presentation, and it opened the eyes of many who were unaware of the systemic oppression and state violence against the native peoples in Mexico.

In the week they stayed here, I learned as much about them as I did about myself. As they shared with me stories about the work they did, the different cultures and subcultures within Mexico I had no idea existed, and the rich history of the Mayan and the Chiapas indigenous, I felt this deep divide between the visitors and myself.

It has been years since I last visited Mexico. When I heard them speak about Mexico in such a beautiful and uplifting way, I couldn't help but feel somewhat like an outsider regarding my own people and the motherland of my family. This feeling is all too common among first-generation Mexican-Americans.

There is this popular expression: "Too Mexican for Americans, too American for Mexicans." That's how I have always felt, but until recently, it has never been something that has bothered me. When the visitors came, I realized I had been longing for this deeper connection to my roots, to my family's homeland, to this greater sense of self and community.

The visitors from Mexico did more than just change the way I view Mexico; they awoke in me this spiritual longing for a culture I have never known but has been inside me all along. This culture, deeply embedded in roots stemming from my native ancestors, is something I seek as much as it seeks me.

I formed a strong bond to our guests from Mexico. To me, each one of them was a piece of home I had been longing for. The way they viewed the world, the way they loved so openly and freely was beautiful and unlike anything I had experienced before. Their hospitality, their kindness, their openness was unmatched, and it was something I had missed while I've been living out here in New York. They inspired me to reflect on the kind of work I want to do after my volunteer year is over, on the kind of impact I want to make in the lives of others.

Connecting with another person and changing his or her life in a positive and empowering way is as close to God as I can hope to achieve on this earth. I have to trust that this calling within myself to connect to my roots will lead me to this path.

Spirituality | Mexican advocates for the indigenous inspire at the UN

The certainty of uncertainty

Suffering and injustice linger for many, even 2 decades after 9/11's violence