I don’t think any official data has been tallied, but if I had to guess, I’d say we’re talking about race in the United States more than we have in quite a while – most of the discussion sparked, unfortunately, by a series of unarmed black men being fatally wounded by police officers. And, of course, 2014 was the 50th anniversary of the signing of the Civil Rights Act in the United States, and in March we marked the 50th anniversary of the Selma marches (and police violence).

Last fall, the Public Religion Research Institute polled adults in the U.S. for their thoughts on the way minorities are treated in the criminal justice system. Highlights from the poll are below. Then, for some interesting but pretty unsettling information, check out this map from the Washington Post (using data from PLOS ONE) to see what Google can tell us about racism in the U.S. 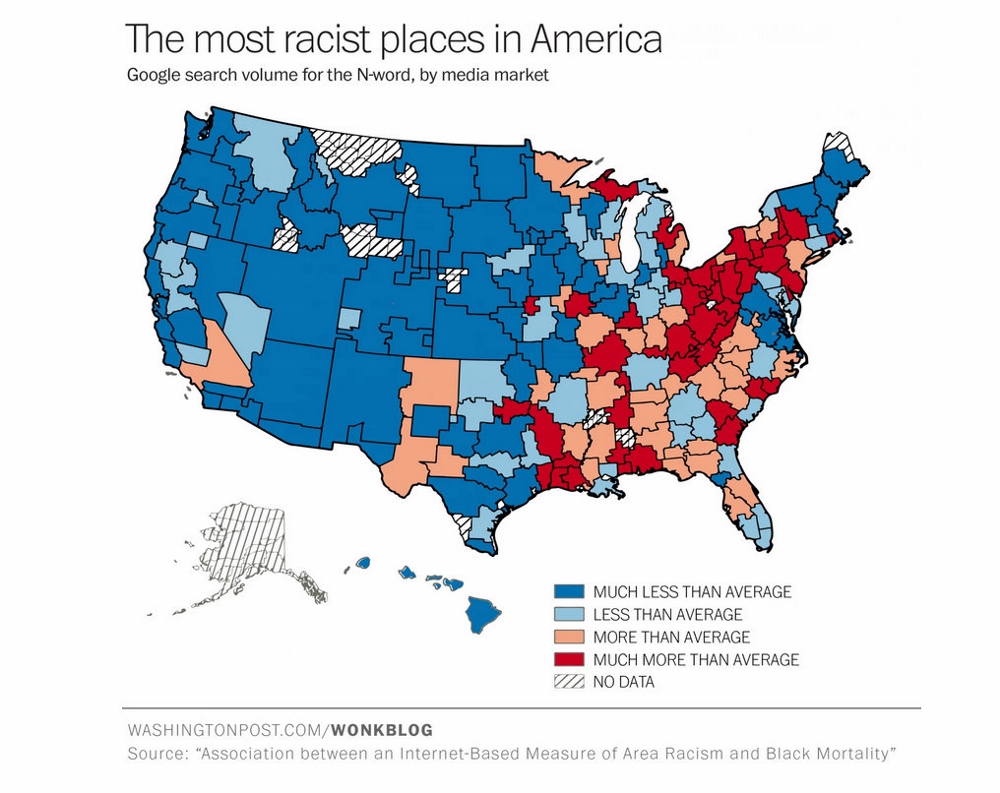 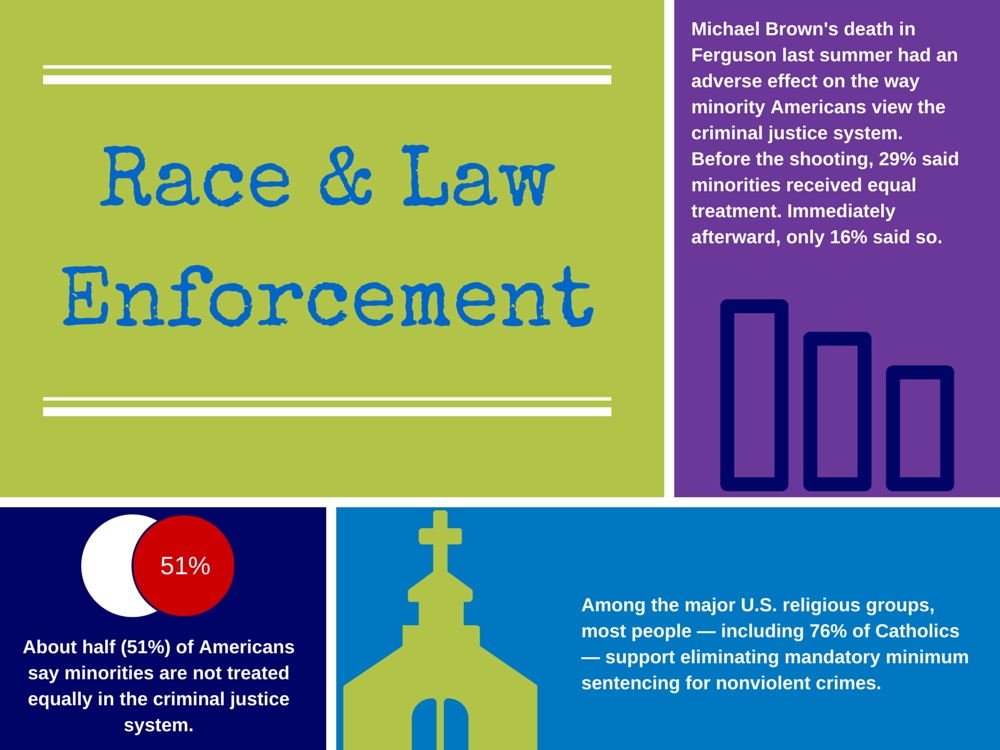