Ebola is about more than just healthcare. As Melanie Lidman, Global Sisters Report’s Africa and Middle East correspondent, reported earlier this month, when an epidemic meets an already fragile social infrastructures, the reverberations are felt on multiple levels. One perhaps surprising example of this is the effect Ebola has had on the world’s chocolate industry:

This map from the Guardian shows the world’s cocoa trades in 2012. 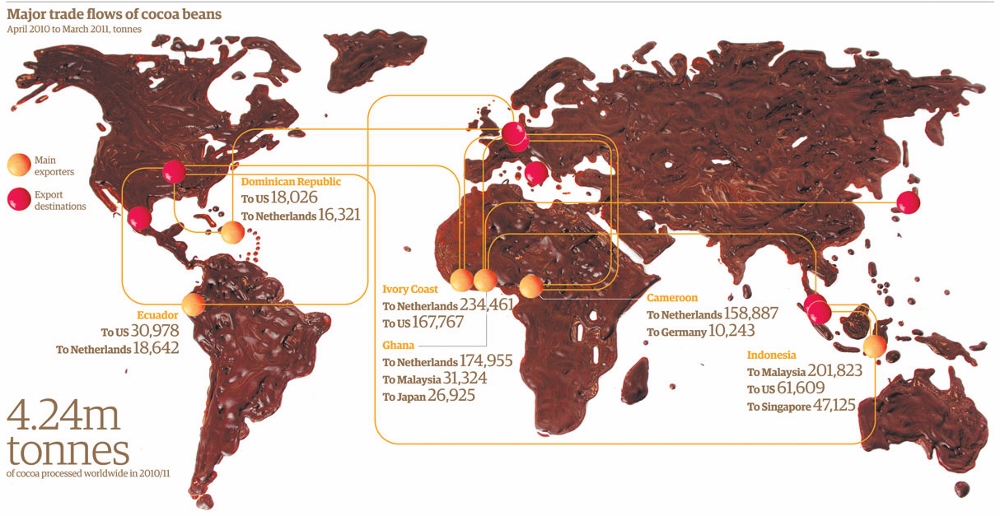