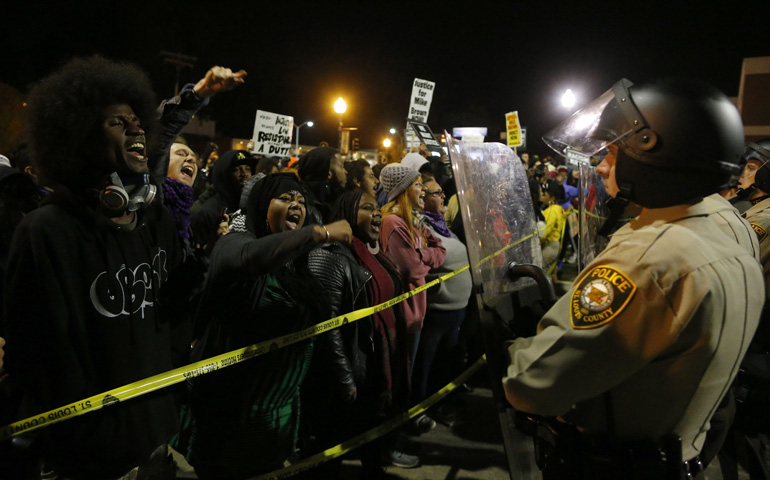 Almost two weeks ago, 18-year-old Michael Brown was shot and killed by a police officer in Ferguson, Mo., after being stopped for jaywalking. The killing of a black, unarmed teen by a white police office has since put Ferguson, a majority black, working-class suburb of St. Louis, in the international spotlight – both for the racial undertones of the shooting, and also for the near-constant protests and subsequent police retaliation.

No one denies that the situation is complex. But there is evidence that race determines how and what Americans think about Brown’s killing. Last week, the Pew Research Center for the People and the Press surveyed 1,000 adults and found the following:

This map from VentureBeat, a tech news website, shows how news from Ferguson has spread on Twitter, starting on Aug. 9, the day of the shooting.

Synod hopes: That all are welcome

Digging into the roots of my racialized childhood

Nuns on the Bus veterans keep the faith in tumultuous times