Saturday marks the third annual International Day of the Girl Child, and this year’s theme is “Empowering Adolescent Girls: Ending the Cycle of Violence.” According to the World Health Organization, 35 percent of women worldwide have been the victim of gender-based violence.

The factors that put a girl at risk for violence vary by culture and country, but common factors include lower levels of education, cultural beliefs in family honor and sexual purity, and weak legal ramifications for sexual violence.

In honor of this year’s International Day of the Girl Child, here are three stats and a map that add some perspective to the issue of gender-based violence:

This map from a World Health Organization report (page 18) shows the regional prevalence of intimate-partner violence around the world. 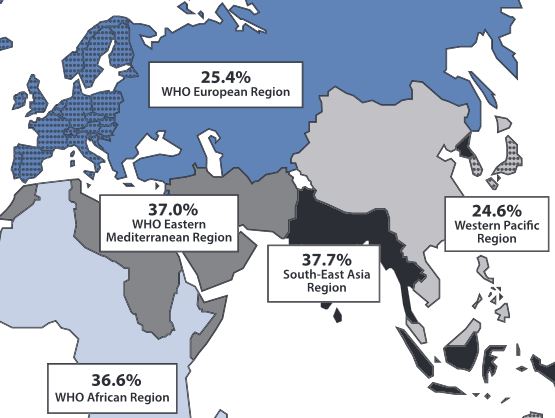