January is a big PR month for those people and agencies combatting human trafficking. For one, Sunday was Human Trafficking Awareness Day, and in the U.S. the entire month is designated for slavery and human trafficking prevention. In the last few years, numerous campaigns against modern-day slavery have been started, and as Megan Sweas reports, sisters are often at the forefront of these efforts.

And it all seems to be working. In 2014, the U.S. State Department released its Trafficking in Persons Report and for the first time, Thailand – long a hotbed of trafficking issues – showed marked improvement. It’s only one country, but it’s progress. According the report’s section on Thailand:

This interactive map from the advocacy group Not for Sale gives a detailed look at trafficking instances around the world. Click on any country to see detailed accounts of reported trafficking cases and how they were resolved. You can also use the map to report an incident in your community. 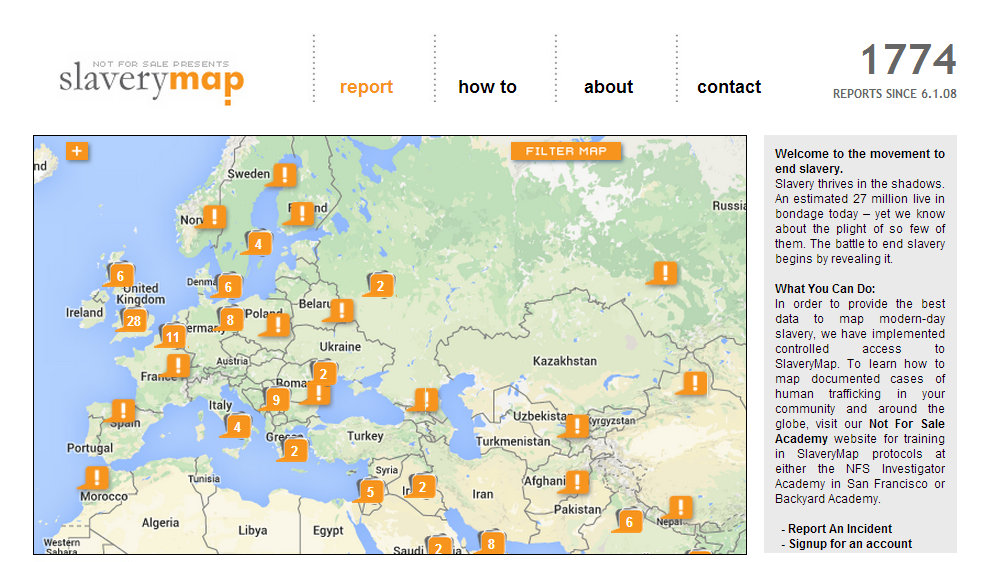