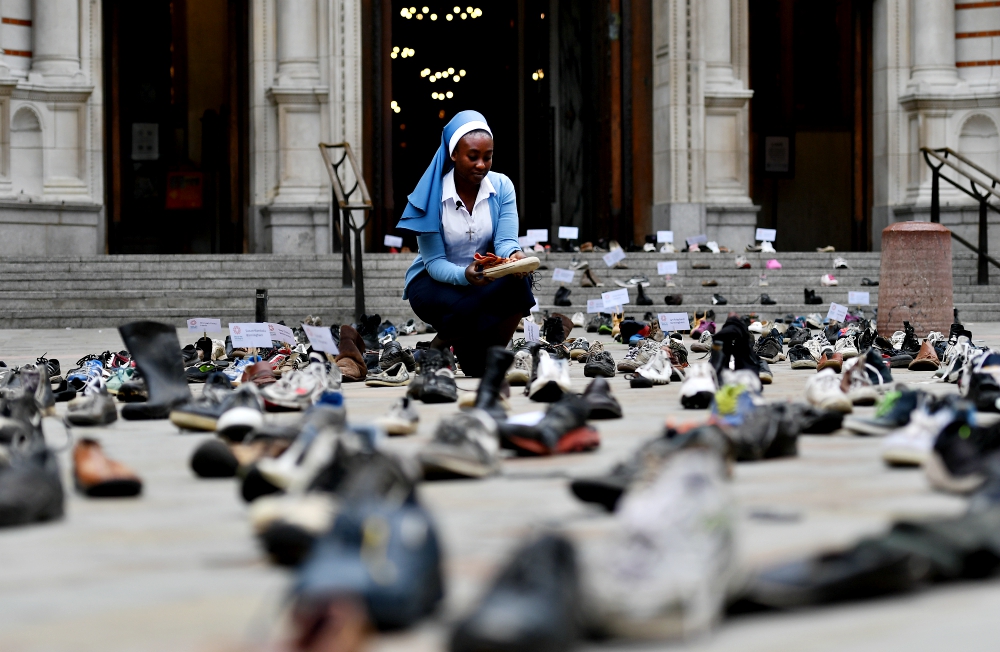 Sister Clara of CAFOD, the British bishops' international relief and development agency, is seen Aug. 15 surrounded by shoes outside the Westminster Cathedral in London. Hundreds of shoes left at the cathedral are part of a campaign launched by Pope Francis and supported by tens of thousands of people across the U.K. The campaign, led by CAFOD and the Catholic Social Action Network, calls for world leaders at next month's U.N. General Assembly to back global agreements aimed at assisting refugees and migrants. (CNS / EPA / Andy Rain)

"To act is what allows for hope and the possibility of growing in compassion, mercy and forgiveness."

—Marianist Sr. Nicole Trahan in "Doing what is ours to do," published on Global Sisters Report