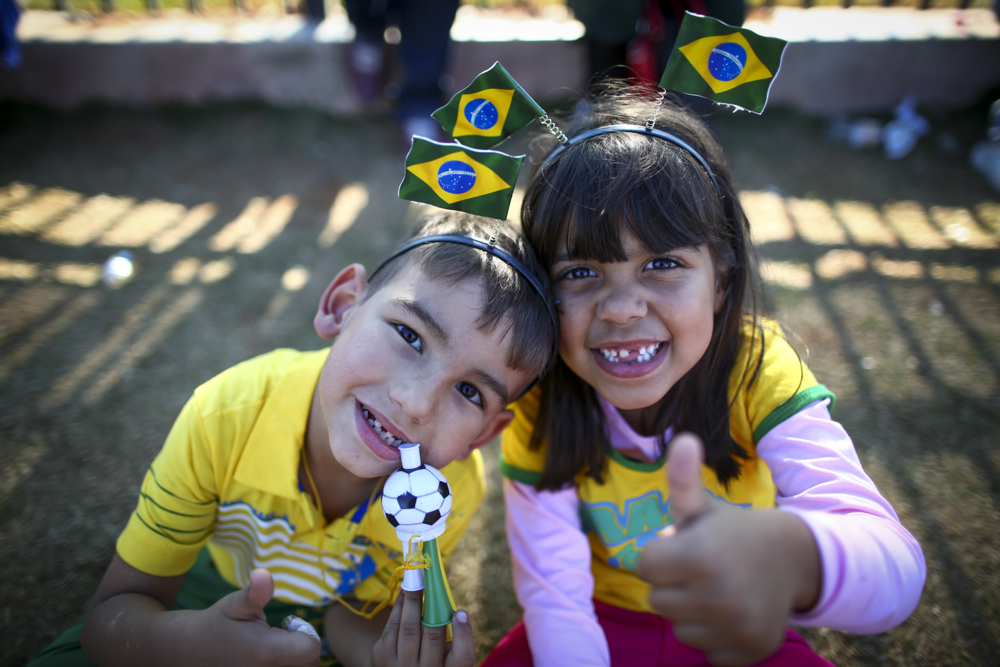 Young Brazilian fans pose for a photo outside the Arena Corinthians stadium in Sao Paulo June 11, the day before the FIFA World Cup finals began. At the Vatican, Pope Francis told fans, players and organizers the World Cup should be a celebration of solidarity and peace, including his thoughts that the idea of fair play helps people “overcome individualism, egoism, all forms of racism, intolerance and exploitation.” (CNS photo/Diego Azubel, EPA)

"Injustice anywhere is a threat to justice everywhere. We are caught in an inescapable network of mutuality, tied in a single garment of destiny. Whatever affects one directly, affects all indirectly."

Strong bonds on the verge of being destroyed

Nuns on the Bus 2018 travelogue: Friends to the least of these

From two Dominican sisters: a master class in why the bomb is bad