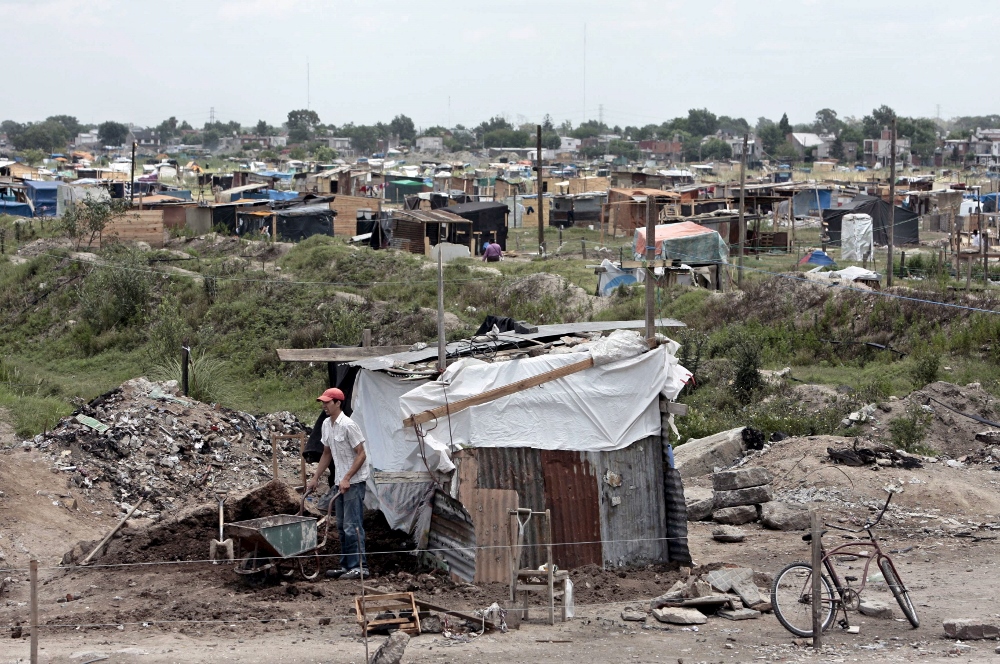 A man walks next to his makeshift home in 2008 in Buenos Aires, Argentina. This summer lawyers for Argentina have asked the U.S. Supreme Court to hear its appeal in a lawsuit that could affect how the country is able to fund development and human services programs or pay off massive loans that were purchased by a U.S. hedge fund. (CNS photo/Cezaro De Luca, EPA)

"Jesus’ whole life, his way of dealing with the poor, his actions, his integrity, his simple daily acts of generosity, and finally his complete self-giving, is precious and reveals the mystery of his divine life. Whenever we encounter this anew, we become convinced that it is exactly what others need, even though they may not recognize it: 'What therefore you worship as unknown, this I proclaim to you' (Acts 17:23)."

"Poverty is an urgent human rights concern in itself. It is both a cause and a consequence  of human rights violations and an enabling condition for other violations. Not only is extreme poverty characterized by multiple reinforcing violations of civil, political, economic, social and cultural rights, but persons living in poverty generally experience regular denials of their dignity and equality. . . . Extreme poverty is not inevitable. It is, at least in part, created, enabled and perpetuated by acts and omissions of States and other economic actors. . . ."

- From the Guiding Principles on Extreme Poverty and Human Rights from the United Nations Human Rights Office of the High Commissioner.

October 17 is U.N. International Day for the Eradication of Poverty. "The 2014 theme – Leave no one behind: think, decide and act together against extreme poverty – recognizes and underscores the demanding challenge of identifying and securing the participation of those experiencing extreme poverty and social exclusion in the 'Post-2015 Development Agenda' that will replace the Millennium Development Goals."

Society is a traffic roundabout — or it should be