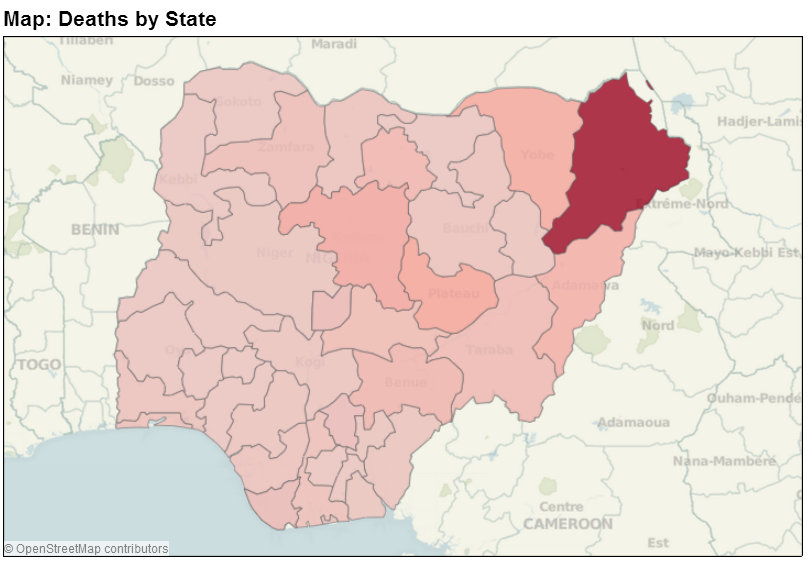 Screenshot of map by Council on Foreign Relations

Nigeria — In April, more than 200 Nigerian girls were abducted by the Islamist militant group Boko Haram. In the immediate aftermath, Nigeria had the world’s undivided attention and in October, a rumor began circulating that the girls would be returned as part of a cease-fire agreement between Boko Haram and the Nigerian government.

That didn’t happen. Boko Haram’s leader, Abubakar Shekau, says the girls have been sold as child-brides while the group continues to terrorize Nigerians. Meanwhile, international interest in the kidnapped girls has largely waned. This week, we’re bringing you three stats and a map highlighting Boko Haram and the conflict in northeast Nigeria.

This interactive map from the Council on Foreign Relations shows a state-by-state snapshot of where Boko Haram is most active in Nigeria.

Religious sisters: Healthcare agents at the service of Nigerian families

Q & A with Sr. Bukola Familade on how persecution, insecurity affect the Nigerian church