On a recent trip to New York City, I met a young woman. Let's call her Daisy.

We were waiting for the M60 bus, which would take us from LaGuardia Airport to the West Side of Manhattan in about the same time as a cab — and for much less money. As we boarded the crowded bus, we ended up next to each other and began a conversation.

Daisy is in her early 20s and is studying to be a nurse. She wants to work in neonatal care. Currently, she works two jobs. Fortunately, her employers are willing to work with her so she can attend classes three days a week. She is on full scholarship and lives at home. Even though her father didn't want her to have to work, she knew, as he did, that the family needed the additional income.

As we talked, I was taken with her lovely smile and calm demeanor. I could tell she would be a good nurse, caring and attentive to those with whom she worked.

Daisy leaves her home in the Bronx at 5 a.m. to board a train and then a bus to get to work on time an hour and a half later. She helps her mother with the day-to-day chores, and I could see she worries about her father, who in his late 50s continues to work in heavy construction.

When I asked if she hopes to work in the city after she becomes a nurse, she quietly said she is not sure. She doesn't have her papers. She is a Dreamer, a name commonly given to recipients of the Deferred Action for Childhood Arrivals, or DACA, program. She told me her story.

Her mother had complications with her delivery in Mexico. When Daisy was about 9 months old and began to try to walk, her parents realized there was something wrong with her hip. Her parents were not able to find any doctors who could address this where they lived in Mexico, so they moved to the States to get help for her. She has a limp today but is grateful to be walking. Her parents never moved on to get citizenship. She wishes they had but said she understands.

We talked DACA and the DREAM Act; she smiled and gently mused, "They won't let us all in." She mentioned another bill she has heard about that would let Dreamers seek citizenship after 10 or 12 years. During that time, however, if they get even a parking ticket, they would be deported. She proudly stated that she has never gotten a ticket. Then she smiled and added, "Perhaps if I went out more with friends, I might have gotten a parking ticket."

When we parted, we hugged. I felt our meeting was a gift. I don't usually strike up a conversation when I'm traveling, yet if we hadn't, I would not have had the opportunity to hear her story. Daisy is among the 800,000 Dreamers who are trying to get an education and contributing to our society while preparing to take their rightful place within the country that has been their home for most of their lives.

Around this time, I heard on the news that Stephen Miller, a protégé of Steve Bannon and a White House senior policy adviser, was attempting to scuttle the deal President Donald Trump worked out with Sen. Chuck Schumer (a Democrat of New York) and Rep. Nancy Pelosi (a Democrat of California). That deal would have protected DACA recipients in exchange for enhanced border-security measures that did not include funding a border wall. Miller, a staunch anti-immigration hawk, began to work to sink this agreed-upon framework.

His influence is great, and now President Trump is changing his position, talking about protecting DACA recipients in exchange for funding for a wall and limiting the number of legal immigrants into our country.

Although I didn't see the Statue of Liberty in the New York harbor, I could feel it — the symbol of freedom and possibility for millions of people fleeing from the Old World. She held welcome and hope for those who could not speak English, who sought education and who were willing to work in all kinds of jobs to make a better life for their families.

Many say times have changed. And that is true. Yet the words inscribed at the base of the Statue of Liberty, taken from the poem "The New Colossus" by Emma Lazarus, invites us to a compassion that is needed more than ever. I invite you to read the poem in a contemplative manner, opening yourself to the cries of the other Daisies in our nation.

Not like the brazen giant of Greek fame,
With conquering limbs astride from land to land;
Here at our sea-washed, sunset gates shall stand
A mighty woman with a torch, whose flame
Is the imprisoned lightning, and her name
Mother of Exiles. From her beacon-hand
Glows world-wide welcome; her mild eyes command
The air-bridged harbor that twin cities frame.
"Keep, ancient lands, your storied pomp!" cries she
With silent lips. "Give me your tired, your poor,
Your huddled masses yearning to breathe free,
The wretched refuse of your teeming shore.
Send these, the homeless, tempest-tost to me,
I lift my lamp beside the golden door!"

These words expressed our greatness as a nation in 1903. May we make America great again as we rekindle the lamp beside the golden door. 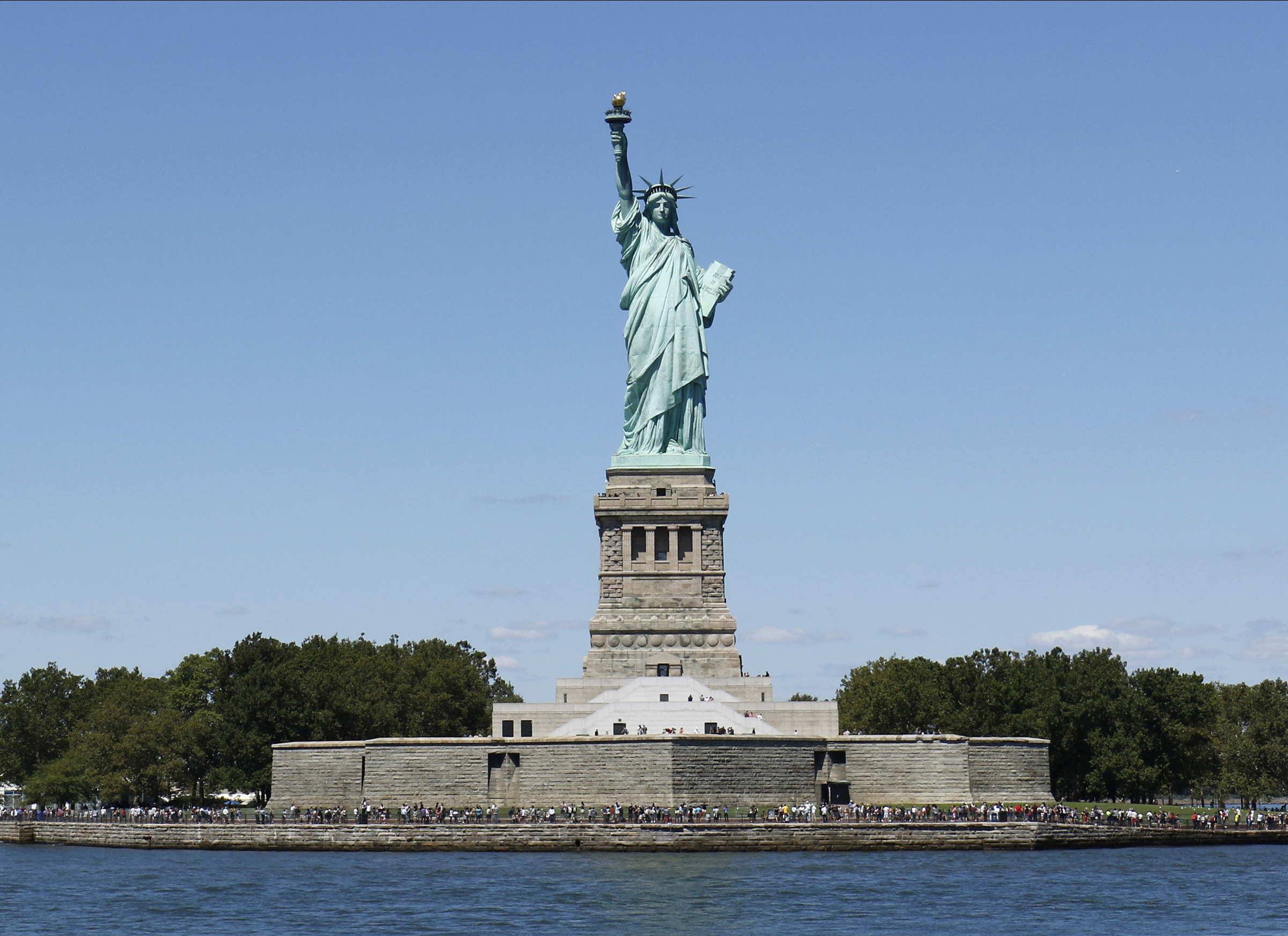