The word “authentic” is defined in the American Heritage Dictionary as “worthy of trust, reliance, or belief. Having an undisputed origin; genuine.” Thoughts of the apostolic visitation came to me, and I sense that some of what prompted it was a concern that some of us were not living an “authentic” religious life. There were assumptions and presumed criteria that became operative against which individuals and religious congregations could be judged. Lots of energy and resources went into trying to see if we were “authentic.”

This summer I was privileged to “take a long loving look” at authentic religious life and saw with new eyes what it means. It struck me so clearly that I felt it was worth sharing.

The experience was a gathering of the Oblate Sisters of Providence and the Sisters, Servants of the Immaculate Heart of Mary from Monroe, Michigan; and Immaculata and Scranton, Pennsylvania.

The desire for “authentic” religious life is part of our history. Theresa Maxis Duchemin, a woman of mixed race, was part of the founding community of the Oblate Sisters of Providence in Baltimore, Maryland, in 1829. A series of events in the early 1840s caused Theresa to wonder if the Oblates were going to survive. This included increased racial tension and anti-Catholic sentiment resulting in fewer students enrolled in their school. This led to the sisters doing domestic work for financial support.  The death of their co-founder and spiritual leader, Father Joubert, a Sulpician, left the Oblates without an advocate as the new archbishop forbade them to accept new entrants and urged the sisters to return to the world as pious servants. One can only imagine how the Oblates felt. For Theresa it seemed that it was the beginning of their dissolution.

In 1843 Theresa met Fr. Louis Florent Gillet, a Redemptorist who was in search of women religious who would teach the daughters of the descendants of French Canadians now in Michigan. Theresa accepted this invitation, as she desired more than anything to live “authentic” religious life.

To live “authentic” religious life for Theresa meant to abandon her Oblate sisters and journey to unknown territory where her light skin allowed her to pass as white. There on November 10, 1845, together with another Oblate sister who joined her and a young woman from Grosse Pointe, Michigan, the Sisters, Servants of the Immaculate Heart of Mary Congregation (SSIHM) was founded.

These first sisters lived in very challenging circumstances and yet immediately took the necessary steps to begin a school for girls, which opened its doors a mere two months after the foundation in January, 1846. The two former Oblates used their experience and expertise to establish the academy that taught all the academic courses as well as art, music, needlepoint and other crafts.

Ministry and members began to expand, but circumstances began to change around 1855. The Redemptorists, with whom Theresa had a great affinity, withdrew from Monroe. An invitation came from Bishop John Neumann, also a Redemptorist, of Philadelphia to staff a school in Susquehanna County (Pennsylvania) — and eventually 12 sisters, half of the community, moved to that state.

A dispute arose between the two bishops regarding their authority over the sisters. In the end the Bishop of Detroit blamed Theresa and removed her from her office as superior general. She joined the community in Pennsylvania and urged the remaining 12 sisters in Monroe to come join her. The bishop of Detroit exerted his control and forbade any communication between Monroe and Susquehanna.

Soon the Sisters in Pennsylvania separated from Monroe and became an independent congregation, the SSIHMs of Philadelphia, later known as the Immaculata IHMs. For Theresa, living an “authentic” religious life demanded that she leave the original foundation and follow the Spirit to begin again — even while those sisters in Monroe understood their call to “authenticity” to remain “in place” while their charismatic leader abandoned them.

Theresa’s journey didn’t end there. She was unsettled by the separation of these two groups of sisters and believed that if she was out of the picture that perhaps they could be one again. Theresa decided to go and live with the Grey Nuns in Ottawa, which she did for 18 years. Here the “authentic” religious life she sought was to be experienced in a different country and within another well-established congregation.

Then the two congregations became three. In 1871 the bishop of the newly formed diocese of Scranton, Pennsylvania, asked the IHM sisters who were now living in this new diocese to form a new motherhouse in Scranton, where these sisters would embody in new ways the spirit of Theresa as they lived out “authentic” religious life.

Over the years there was very little communication among the three IHM branches and very spotty and uneven communication with the Oblates. There was a time when both the Monroe and Immaculata IHM superiors denied that Theresa Maxis was the woman who founded the congregations. They feared that would jeopardize their newly established women’s colleges serving an increasingly middle class, white population.

In 1965 a Tri-IHM Education Conference was established to begin to bring together the three branches and to see how we might work together.  However, when renewal came the IHMs found themselves with two very charismatic leaders: Mother Benedicta (Margaret Brennan) of the Monroe group and Mother Claudia (Mary Claudia Honsberger) of the Immaculata IHMs. Each would put her stamp on the renewal of religious life — Margaret in helping transform the Conference of Major Superiors of Women into the Leadership Conference of Women Religious and Claudia in establishing an alternative group called the Consortium Perfectae Caritatis which was a precursor to the Council of Major Superiors of Women Religious. The two approaches to what was “authentic” religious life following the Vatican Council could not have been more different.

Fast forward to 1995 when we celebrated the Sesquicentennial of our founding. It was decided that the Oblate Sisters of Providence would be invited. This was the first time the Oblates had ever been to Monroe, to Theresa’s original IHM foundation. It was not easy for the Oblates to come and join with hundreds of white women who were celebrating Theresa. For in their history, Theresa had left them and in turn left hurt and anger. But as the sisters came into the dining room, the hundreds of IHMs stood and erupted into applause and cheers of welcome. That perhaps was the beginning of the long loving look.

I was privileged to be in leadership at that time and served on the Tri-IHM Conference Governing Board. When we met following the celebration, we were all newly elected leadership teams and began to pray together and to engage each other with great honesty. There had been what many considered a funny description of the three IHM congregations which appeared in the National Catholic Reporter’s write up of the event. One of the Immaculata IHMs shared how painful it was for her to read that. This opened up a significant sharing, which resulted in putting a moratorium on that description — never to be used again. We also knew that we could never know the heart of Theresa without the Oblates, and so we set in motion the transformation of Tri-IHM into what is now known as OSP-Tri-IHM. We left that meeting appreciating our differences.

These past 20 years have allowed us to work together in multiple ways through committees dealing with anti-racism work and a common commitment to the people of Haiti which was Theresa’s heritage. So when we gathered in Scranton just a few weeks ago the feeling of being at home with each other was palpable. We all belonged.

As I danced the last night with everyone else whether habited during the day and plain clothes at night or still habited or never habited when the song, “We Are Family” came on and the presidents of the congregations joined hands and danced, the mosaic fell into place. This is Theresa’s vision and desire. This is “authentic” religious life.

My “long loving look” continues as I touch into the communality within our differences.  As we continue our journey along with so many of you, I continue to ponder what will be “authentic religious life” in the future . . .

What I do know is that living “authentic” religious life is dancing together in ways that not only appreciate our differences but celebrate them as well.

[Nancy Sylvester, IHM, is founder and director of the Institute for Communal Contemplation and Dialogue. She served in leadership of her own religious community, the Sister Servants of the Immaculate Heart of Mary, Monroe, Michigan as well as in the Presidency of the Leadership Conference of Women Religious. Prior to that she was National Coordinator of NETWORK, the national Catholic social justice lobby.] 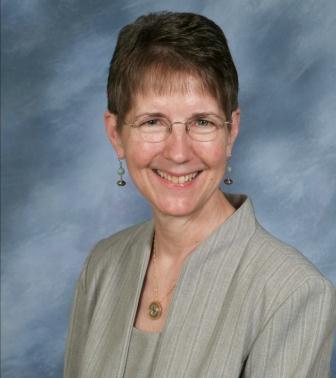 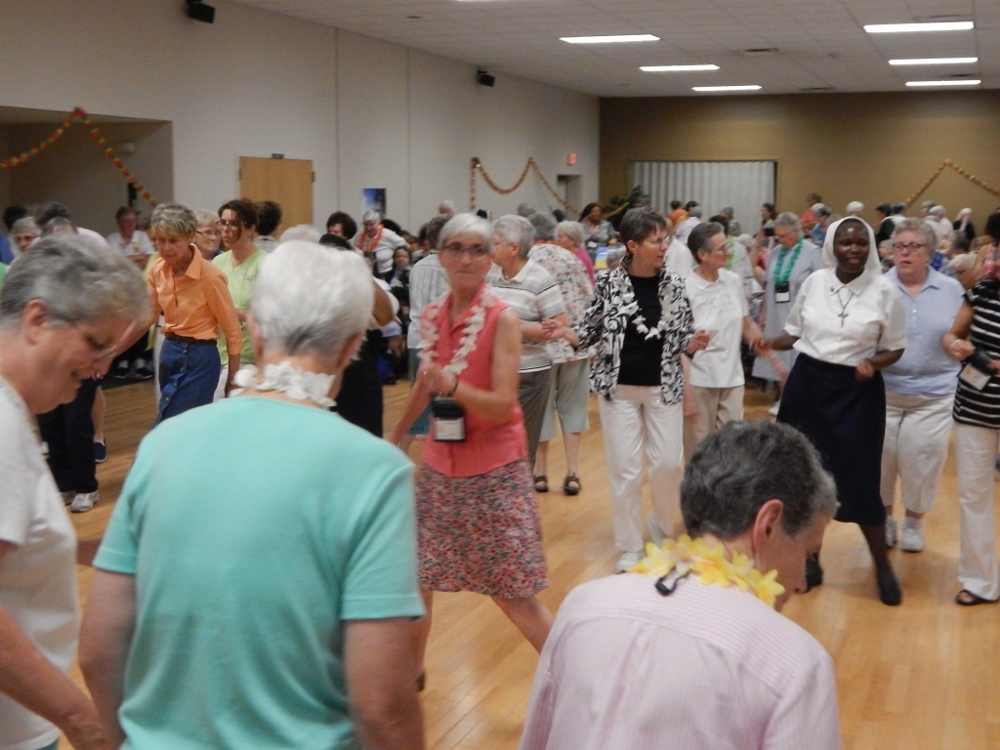