There is a saying that "youth are the future leaders."  This came alive in the recent Young Catholic Students (YCS) Area Day held at Oro, Kwara State, Nigeria.

It was a thing of joy to see youth from different schools come together to celebrate and share ideas. The young people, who ranged from 7 to 18 years of age, were so excited to be part of the celebration.

The purpose of the Area Day was to bring them together from various schools so they could interact and influence one another positively. The celebration started with Holy Mass at Saint Andrew's Catholic Church, Oro, with the chaplain officiating.

They were charged by their chaplain to take their studies seriously because education is the key to a better and meaningful future. The achievement of their goals in life will be determined by the importance they placed on their studies, and whatever they do in life will make or mar their future and the world at large.

During the first interactive session, they had a chance to meet each other, and were eager to have the opportunity to share ideas; they were so engrossed in their interaction that they wanted the session to be longer.

At that session they discovered that they all have the same needs: they want to be listened to, understood, given the benefit of the doubt and allowed to make decisions. They want their parents or guardians to be patient with them while giving them guidance.

They frowned at some of the ways their parents and guardians approach issues relating to them, feeling that they are not listened to and understood when they share their stories.

There was such excitement during the session! Despite the noise generated from their interaction, I saw their togetherness and team spirit, and felt that the noise was an expression of joy and reunion.

It was an awakening moment for me, too — awakening my call to teamwork and community living. I felt so happy to be there, as I reminisced about my early days in high school. It was like my own school reunions, where we met with each other and shared experiences.

I listened to their interaction and watched their gestures, aware that every experience and event has some lessons to teach. It was captivating and inspiring. I was really thrilled by their openness and availability and their willingness to share with one another.

During their sharing, one of the students expressed bitterness about the maltreatment of women in society. I became very interested and stopped to listen to her.

She said that most women are not given basic education and they end up being full-time housewives with little or no knowledge about what is happening around them. It was so interesting and re-enforcing to hear the student speak with such burning zeal against the unjust structures that affect women's education.

It was a joyful moment for me to know that some youth are already aware of the mistreatment of women and girl children in our society. She was happy that her parents are willing to train her — even though it is their responsibility — and felt so sad for other children whose parents can't afford to send them to school and have to force their children into child labor.

She mentioned some prominent women in society who are making a great impact and radically rewriting the ugly stories of women around the world by the work they do. She wants and hopes to be one of them by studying hard and making her own contribution to society.

She encouraged the other students not to allow anyone to dampen their spirits as they set out to achieve their goals in life. I was very impressed at how emphatic she was! At the end of their interactive session, I allowed her to speak to the larger group, and she was very happy to do it. I encouraged her to keep the flag flying and not to get discouraged.

She made a big impact on her fellow students because, after her speech, some students went to congratulate her and wanted to be her friend. They acknowledged what she said and wished that their parents were there to hear her.

I was really amazed at her level of understanding. This was an eye opener for me and really affirmed that I should not underrate any person, no matter where that person comes from.

We often have a tendency to overlook some people, especially children, thinking that they don't have anything to offer. Every child has something to give.

Let's not write any child off, but give each one the opportunity to grow morally, academically, spiritually, emotionally, physically and psychologically. Keeping any child from growing is tantamount to keeping society from moving forward.

There were also drama presentations and quiz competitions to deepen their knowledge about the Catholic faith. The quiz was my idea because I am concerned by my observation that some of them seem to be not rooted in our faith. Youth still have to learn and deepen their faith in Catholicism.

The diocesan coordinator who was present could not restrain her joy. She was so happy and said she would share her insights with others when she gets back home.

The day reminded me that it is quite revitalizing and rejuvenating to work with youth!

[Teresa Anyabuike is a Sister of Notre Dame de Namur. She is the coordinator of Catholic Community Self-help Association, a department in Justice Development and Peace Mission, Ilorin diocese, Kwara State. She likes working with children because of their simplicity which challenges her.] 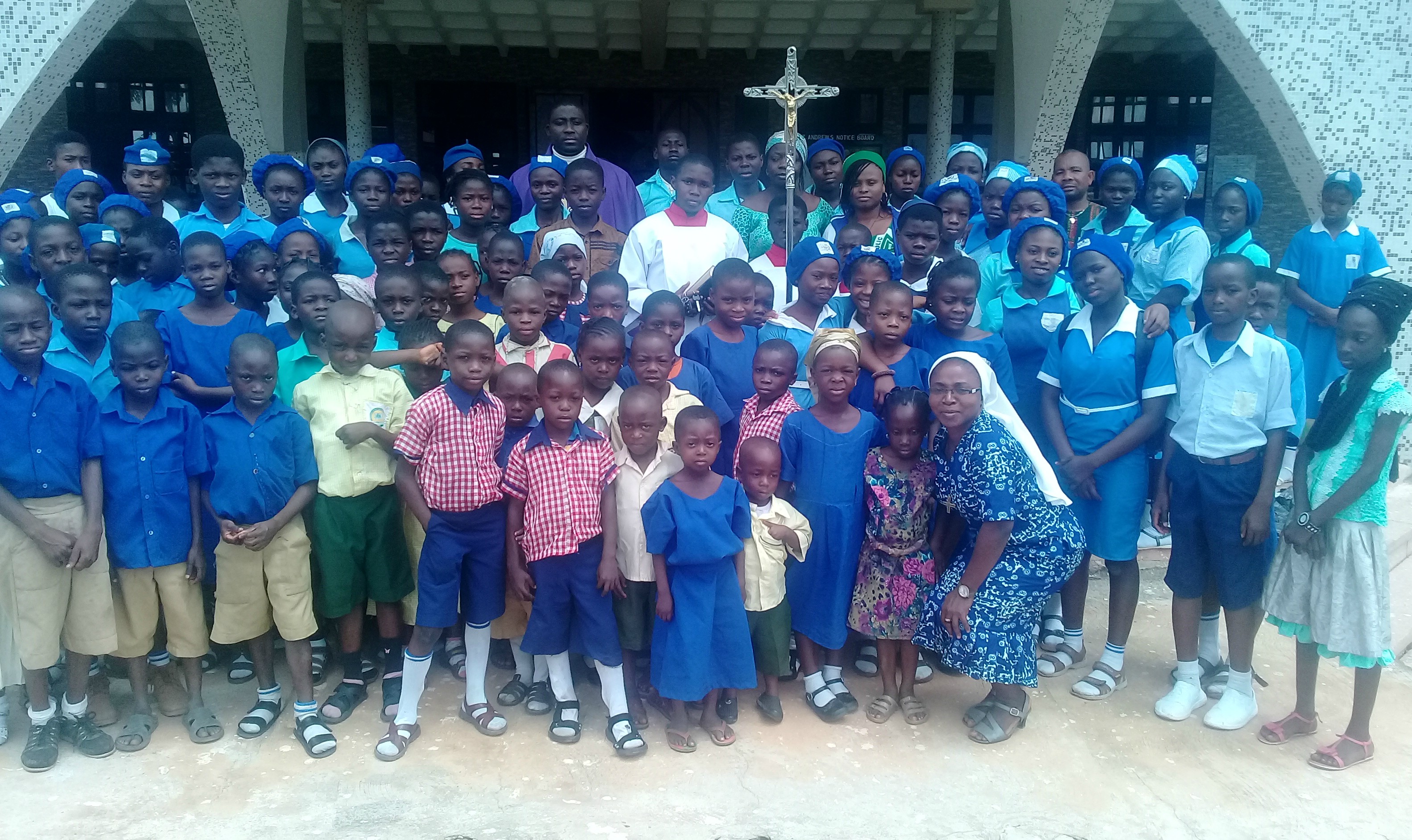 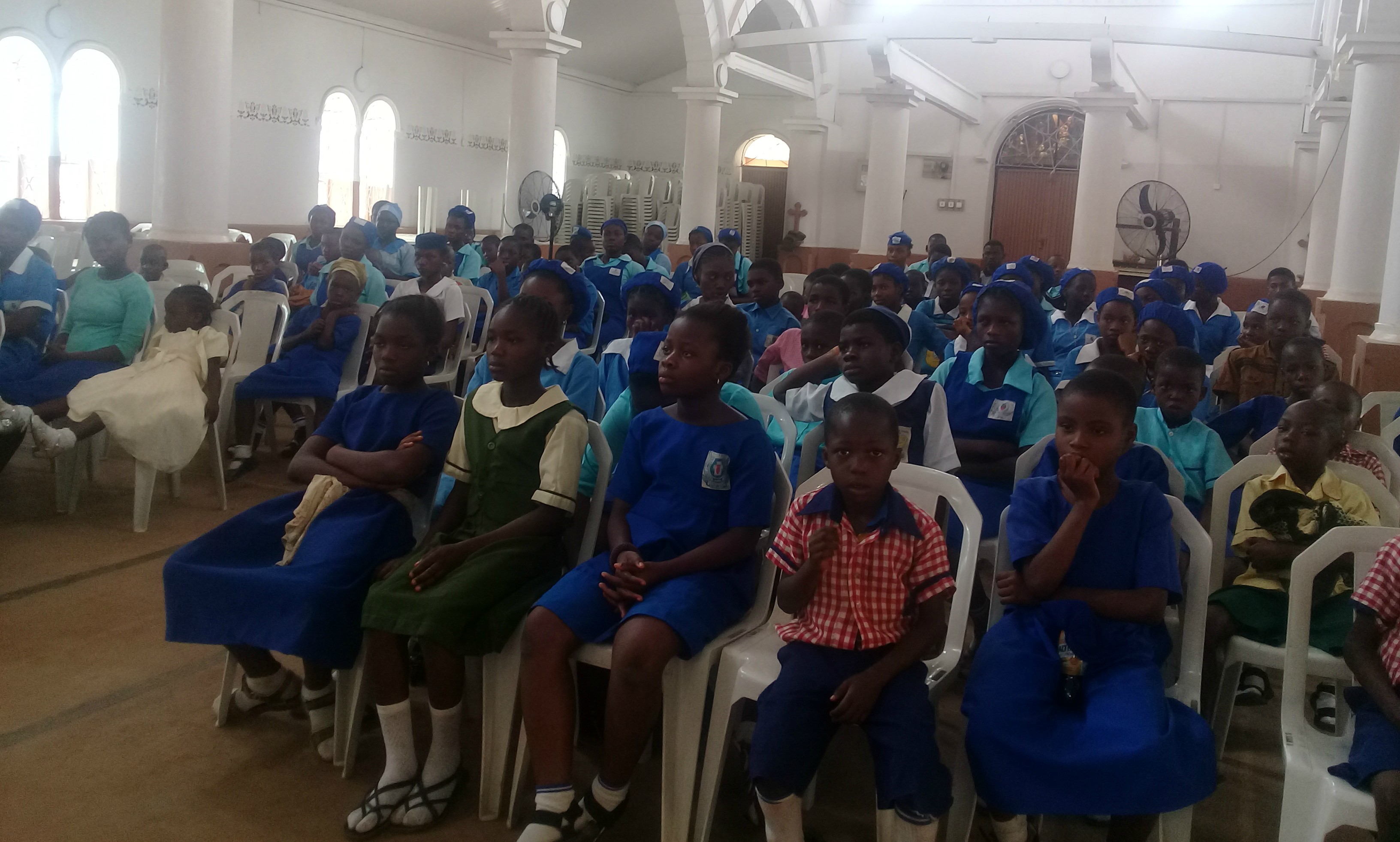 Image
A group photo with the children crop.jpg