"The problem to be faced is: how to combine loyalty to one's own tradition with reverence for different traditions?"
—Abraham Joshua Heschel

In teaching undergraduate students at a Catholic university that was founded and sponsored by my religious community, I have the privilege and the honor of encountering students of various religious and other cultural backgrounds.

This is most evident in one course I regularly teach, "Interreligious and Interfaith Dialogue." This course involves the study of the Abrahamic traditions; field trips to a synagogue, church and mosque; and genuine dialogue with people of these religious traditions.

Students who register for this course consider themselves Christian (Catholic and Protestant — primarily Lutheran and Dutch Reformed), agnostic or atheist. They are also of the generation who came of age after the Sept. 11, 2001, terrorist attacks in the United States.

Thus, their formative years were filled with, among other things, disdain for those who appear, behave and pray differently than they do.

Among students who registered for this course was a 21-year-old man who was a Spanish education major with a religious education minor. He was a recipient of the Deferred Action for Childhood Arrivals program who arrived from Mexico when he was in middle school.

He readily shared with me his memories of what it was like to be a child trying to adapt to the language and culture of this country. Although he was excited about the new adventure, he had a hard time adjusting to the cold, wintery climate.

He shared how he often got into trouble in school because he was unable follow directions because they were in English and he only knew Spanish. He also told me how he had tried to reconcile the dreams his parents had for their family in this new country with the reality of what happened on 9/11. There was subsequent distrust of people who were deemed not assimilated into mainstream culture, and there was a growing nationwide Islamophobia.

In class, as we studied Islam, the students' (and admittedly my own) stereotypes and prejudices about Islam and Muslims were uncovered. Students became aware that these prejudices and attitudes caused them to shun and demonize the "other." They frequently talked about how images of 9/11 shaped their worldview of Islam and Muslims.

Stereotypes and prejudices were further exposed when we visited a mosque. There, the students became suspicious when we learned that women and men were to enter the building via separate entrances.

Once inside, however, suspicions relaxed as we were met with genuine hospitality (and, as the students would note, with an abundance of great food). We were treated with deep respect and the people there showed great interest in the students' lives.

The students heard stories of how these Muslims who lived only 30 minutes to the north of our university experience hostility and anger every day while doing everyday activities, such as going to the grocery store.

These stories especially resonated with the student who was part of the DACA program. He, too, had experienced hostility from others simply due to his nationality. When our visit to the mosque concluded, students began to see that Muslims were real people, with dreams and hopes like their own.

An imam with whom we visited at the mosque joined us for class the following week. As he led a dialogue, we sat close together in tight circles, and the mood was relaxed. He discussed passages that were similar within the Hebrew Scriptures, the Christian Scriptures and the Quran.

Particular attention was given to stories of the angel Gabriel and Mary. The imam spoke of his love of Allah and his dedication to prayer throughout the day. Students found that God, whether we name God as a triune God or Allah, loves each of us equally and wants only the best for us and the world.

At the end of this powerful session, the student who was part of the DACA program spoke. Upon his arrival in the country, he had been misunderstood for being "different" and had been taught to dislike those who were the "other." He said, "All my life I was taught to hate people like you. But after tonight, I see nothing to hate."

The underlying reason for this course on interreligious and interfaith dialogue is to help young people reverence other people and their religious traditions. Pope Francis, in his Pentecost 2013 homily would refer to this as a "culture of encounter."

The classroom study and experiences helped students participate in the grace-filled, mysterious and transformative work that happens when people break through their own prejudices and stereotypes to relate to one another and find common ground. In this case, the common ground was how our loving God unites us, rather than divides us. We have more in common with one another than we may think.

But it is not easy work. It counteracts the growing sense of entitlement in the United States where some people feel entitled to determine who is welcomed to this country, what the "correct" skin color is, and how we name and pray to the same God.

My undergraduate students were courageous in taking this course, and were able to confront their own prejudices and stereotypes, dialogue with others who might at first appear to be different, and then transform their own worldview into something that God truly intends for us all.

Like my student in the DACA program, they moved from hate to love.

It is for experiences like this that I, as a member of a religious community, teach at the university we sponsor. What a privilege it is to be able to teach a course like this and to watch these young adults open their hearts to encountering the love God has for them and for others they may have been taught to dislike.

[Cyndi Nienhaus belongs to the Congregation of the Sisters of St. Agnes in Wisconsin. She is an associate professor of religious education, a prolific writer and lecturer, and a general councilor on the leadership team of her congregation.] 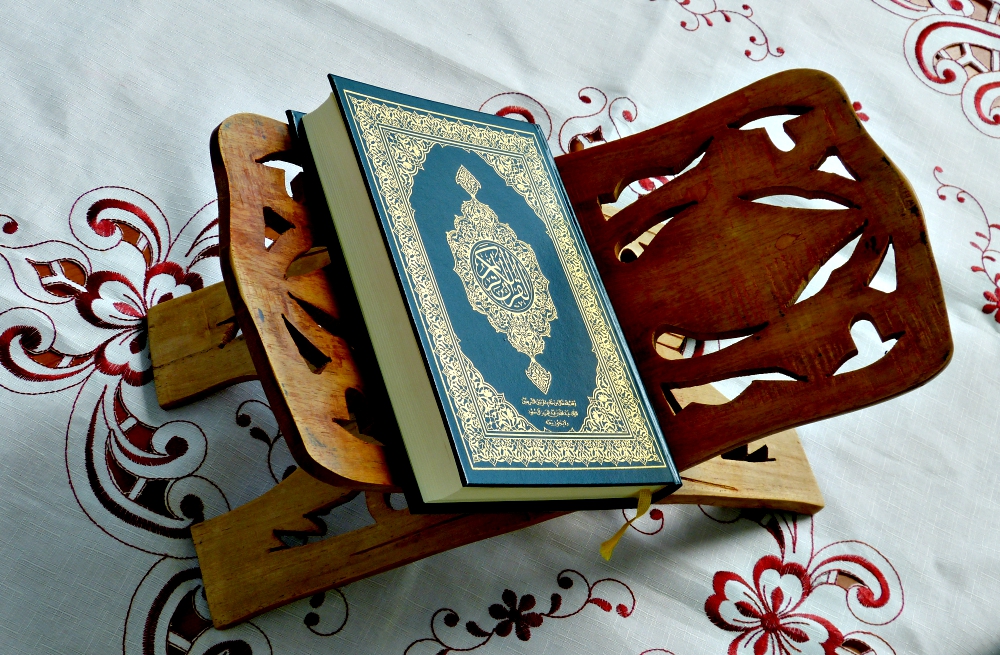