Before I became a Sister of St. Joseph, I visited New York City to meet Sister Anne, who was getting her doctorate at Fordham University. As we toured Greenwich Village together, I asked Anne if she felt funny walking around in a traditional habit. "Oh, no," she responded, "I feel quite comfortable. We're all queer here."

Merriam Webster defines the word queer as "differing in some odd way from what is usual or normal." And today, the term queer is being reclaimed as a source of pride to folks who disdain the rigid binary classifications of being either female or male. So why do I think of nuns as queer?

I developed an interest in lesbian, gay, bisexual, transgender, queer (or questioning), intersex, and asexual (LGBTQIA) issues after serving as the Catholic chaplain at a woman's college that graduated a few trans men every year. ("Trans" men are men who were assigned female at birth, and now are presenting as male.)

As a chaplain, my ministry centered around presence and accompaniment with students. Using their clothing and hairstyles, the students politicized my consciousness by exposing me to alternatives to the rigid gender binary construction of female and male. One day a student would present as very feminine, and the next day she might appear either gender ambiguous or very masculine.

A student might appear in very feminine clothes one week at Mass, and the next week she might have shaved her hair and appear in army fatigues and boots. Sensing my confusion, a student offered me Kate Bornstein's Gender Outlaw, which began my query into our rigid gender binary system.

As a child of the '50s and a student of the '60s, I had been unaware that gender was actually on a spectrum, and that gender is socially constructed in every culture. I had completely accepted only two gender options, female and male.

One year, during that first week, seven older students working with a theater professional created a performance where each of the seven students shared quite dramatically the challenges they faced during their college experience.

They might speak of dealing with culture shock if they came from another country, or speak of being a scholarship student in the midst of others who had no financial concerns, or perhaps speak of making friends with students who appeared different from them in some way.

The presentation I remember most vividly was performed by a student who identified as Catholic. She began by asking us not to take her picture. She then proceeded to strip down to her bra and underpants. (Mind you, the president of the college and I were among the faculty/staff in the front rows.)

She bound her chest and slipped on a T-shirt, pulled on a pair of men's pants, belted them and proclaimed to the audience of 600 students that she hoped to become a transgender male during the year.

When I retired from the college, I asked my religious community for a sabbatical to explore LGBTQIA issues, especially as the issues pertained to transgender, gender-expansive and intersex humans.

During my sabbatical, I learned that rather than "peculiar, bizarre or weird," the term queer has come to mean unconventional, unorthodox folks who demonstrate how maleness and femaleness are social constructions rather than divinely assigned categories.

Believing that one cannot minister with humans that we believe to be "other" than ourselves, I began reflecting on how my sisters and I have also challenged the binary. Let me share some examples that have existed in convents.

In an age when a woman's glory was her long hair, nuns cut theirs off before they pronounced vows. They often were given names reserved for men. Joseph, Francis, John, James, Christopher, Leo and Kenneth are names of my sisters who are alive today.

If sisters did not bind their breasts, they often wore a bib-like garment to disguise their natural form. In our novitiate, one of my sisters was shocked while folding the older sisters' laundry. She found male underwear — boxers and sleeveless undershirts. Like males, sisters did not wear makeup.

But when they were still in habit, they went "stealth" at times, especially at the beach. If they planned to go swimming, they usually went to a private beach or wore "cover-ups" rather than their habits.

When I was a child, sisters did the jobs that men did; they were presidents of colleges, principals of schools, administrators and financial officers of hospitals.

Some sisters note that when they wore a habit, they were no longer perceived as female. They were given instant authority, instant deference. They were seen equal to priests by some of the laity or at least of higher privilege than other women.

Like the parents of transgender and gender-nonconforming humans, many of our parents were not pleased with our choice of entering the convent. Our parents' dreams of traditional weddings and grandchildren faded with our choice.

So I find I have a lot more in common with folks who claim the term queer than I had thought possible. I have hope that by normalizing our "unconventional" and "unorthodox" choices, we might also claim our love and support of humans who likewise challenge the social construction of our society.

Rigid constructions of our social norms do need to be challenged. Perhaps by looking at the choices made by nuns, we might expand our acceptance of other queer folk, and explore together how to be fully human.

[Nancy Corcoran is a Sister of Saint Joseph of Carondelet (St. Louis Province). She lives in Ferguson, Missouri, ministering with transgender, gender-expansive and intersex humans and their loved ones.] 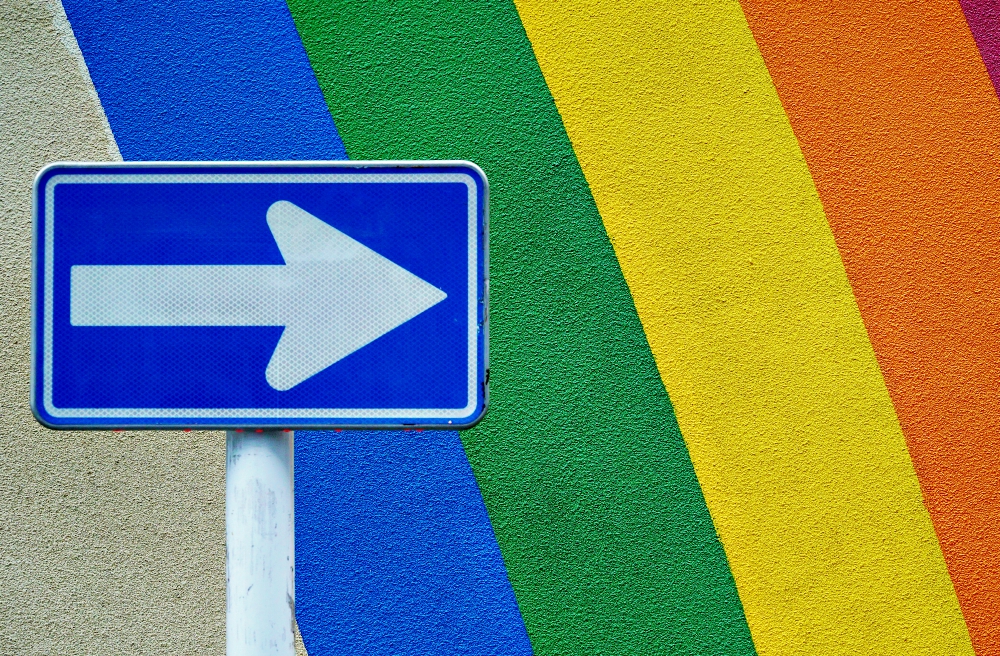