Why do they always make us do that? How is it that they don't understand this? Who do they think they are? When will they ever ask us to weigh in before making a decision?

Go ahead and fill in with any given backdrop, but I'd be willing to bet that every single reader of this column has a context to which these few questions could pertain. A feeling of being misunderstood, a situation that makes us feel invisible, a direction that we are forced into without being consulted.

The details might vary, but from the 4-year-old being dressed in a winter coat to the business manager receiving news of how to proceed with a multimillion-dollar sale (and I would venture to guess pretty much everyone in between) — well, these questions of why, what, when, where or how "they" behave with respect to "us" emerges quite easily.

Us-them language. It's commonplace, it's recognizable, it's understandable, it's even accurate in some instances. But it's also very divisive. It separates the world, and any given worldview, into two distinct — and usually opposed — populations: them who are not us, and we who are not they.

When us-them language creeps into my thinking and comes out of my mouth, it is not usually positive, and rarely is it constructive. The language itself creates a barrier to the kinds of encounters Pope Francis keeps encouraging us to have.

One of its most striking Gospel counterparts is the relief that the Pharisee feels to not be like "him," the tax collector in the synagogue (Luke 18:11). Ouch.

Arguably, us-them language is the antithesis of Christianity. Think about it. Is Jesus human (like us) or is he God? Yes. Does he eat with sinners (them) or with the righteous? Yes. Does he forgive the repentant or does he hold them accountable? Yes.

The false dichotomies drawn by each question are exposed by the paradox of the person of Christ and by the Christian calling. Jesus isn't either us or them. Jesus didn't engage with us or them. Jesus hasn't redeemed us or them. He is one with all of us, he has come for each of us, and he has redeemed humanity.

It's so easy to fall into the trap, and sometimes it seems justifiable. Terrorists, perpetrators of hate crimes, assassins in the marketplace of everyday life ... they are people of violence, instilling fear, using hatred and evil to do horrible things. They break hearts, they ruin lives, they are hard to forgive.

They. But what about us? What about me? Am I a terrorist, no. But have I fallen prey to fear and hate and used violence in my language toward or about another? In my treatment of one of my brothers or sisters? Have I broken hearts and ruined reputations and done things that have been hard to forgive? I regret to say that I have.

Who are the "thems" in my life and in my thinking? What makes them so different from me — and does it really?

Our culture today is filled with this kind of rhetoric. "They" might be people living in the country illegally or Hollywood stars or those on the other side of the political aisle. "They" might be bosses or senators or bishops. "They" might be parents or traffic officers or liturgists or the Federal Reserve Bank.

"They" can be anyone we choose to see in opposition to ourselves. And as soon as I draw a line of demarcation with "them" on one side and "us" on the other, the opportunity to call ourselves brothers and sisters has slipped away.

Maybe we shouldn't be so hard on ourselves. Jesus himself struggled with this kind of language: "that they may all be one, as you, Father, are in me and I in you, that they also may be in us" (John 17:21).

Funny. Seems like his struggle wasn't in figuring out where to draw the line to keep "them" out, but in how to erase the line to let "us" in.

[Virginia Herbers is an Apostle of the Sacred Heart of Jesus. She has master's degree in pastoral studies and has ministered in education at both the elementary and high school levels in Connecticut, New York, Missouri and Taiwan. She currently serves as the vice-provincial for the United States Province of the Apostles of the Sacred Heart.] 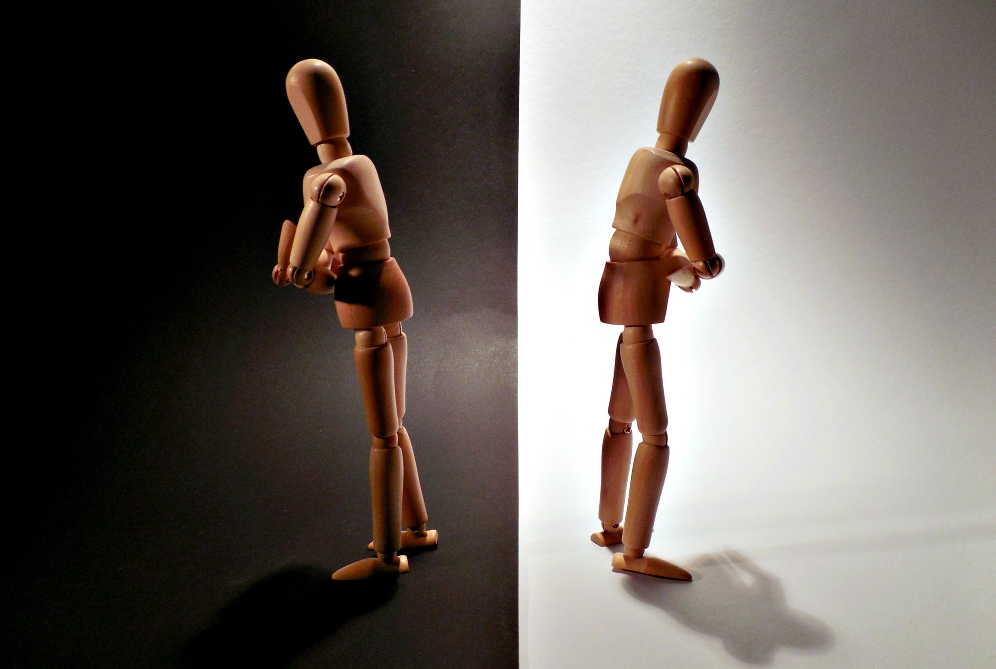