The evil of clericalism

by Nicole Trahan
This article appears in the Crisis in the Church feature series. View the full series. 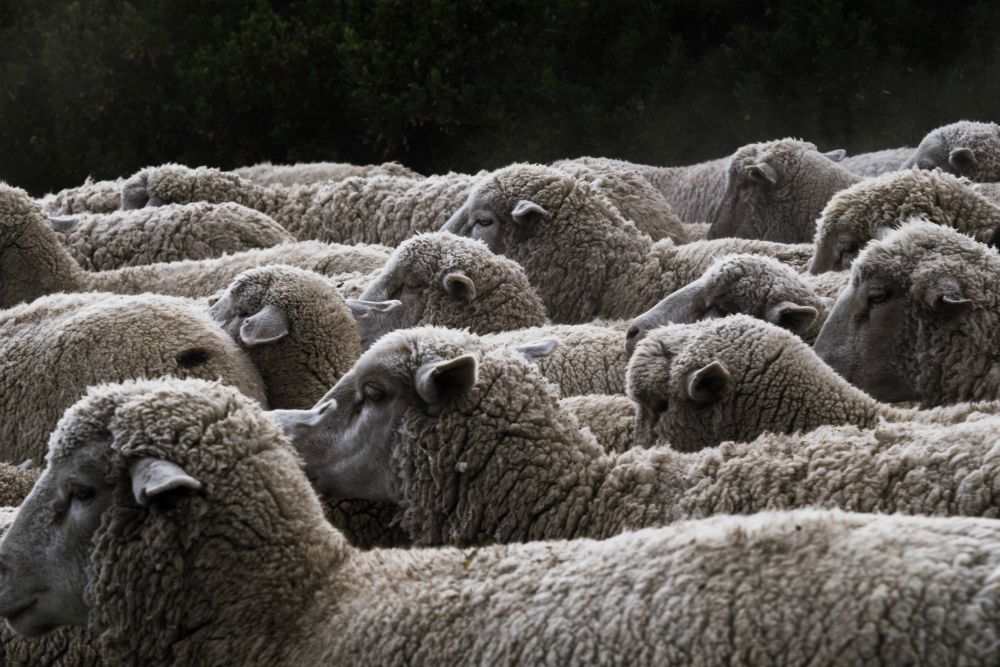 Since I was in high school, praying with Scripture has been one of my favorite ways to pray. I read and meditate on the readings of the day and draw from them challenge, edification, questions, and/or calls to conversion. Sometimes the fruit of my meditation is obscure. Other times, the message is clear as a cloudless sky.

On Wednesday, Aug. 22, the message of the first reading, from Ezekiel 34, hit me hard. Not because of its challenging words for my life, but because of the forceful message for our church at this time:

Woe to the shepherds of Israel
who have been pasturing themselves!
Should not shepherds, rather, pasture sheep?
You have fed off their milk, worn their wool,
and slaughtered the fatlings,
but the sheep you have not pastured.
You did not strengthen the weak nor heal the sick
nor bind up the injured.
You did not bring back the strayed nor seek the lost,
but you lorded it over them harshly and brutally.

… because my shepherds did not look after my sheep,
but pastured themselves and did not pasture my sheep;
because of this, shepherds, hear the word of the Lord:
Thus says the Lord God:
I swear I am coming against these shepherds.
I will claim my sheep from them
and put a stop to their shepherding my sheep
so that they may no longer pasture themselves.
I will save my sheep,
that they may no longer be food for their mouths.

The ongoing crisis in our church is constantly on my mind and in my heart. I finally had the courage to start reading the grand jury report out of Pennsylvania. It rocked my world. It colors the way I listen to the prayers of the liturgy and how I read official church statements or documents. It has shifted the way I speak and think about the church. The crisis is the lens through which I view parish and diocesan life. My mind turns over and over, searching for root causes and trying to reason out solutions.

And while I am certainly no expert on this, I keep coming back to one thing: clericalism.

Recently I was chatting with a friend, a seminarian in Rome. He came to visit me while on summer break so that we could catch up. And somehow, we ended up talking about "the sin of clericalism," as I've taken to calling it. He asked me to explain what I meant. And while I think I explained it well, I believe the editors of Commonweal did a better job on August 21:

… a serious examination of a clerical culture that fosters such misconduct is needed. As Cardinal Blase Cupich recently argued, the whole church needs to confront attitudes of power, privilege, and entitlement that characterize many of the ordained and reinforce a structure that protects them from accountability.

Power. Privilege. Entitlement. Or as Pope Gregory the Great and St. Thomas Aquinas would say, the deadly sin of pride. From where does this come? Perhaps its root is at the very heart of the theology of ordination and in the structures of the priesthood.

I have always been fascinated by the concept of a priest acting in persona Christi — "in the person of Christ." It is a long-held belief that ordination confers the ability or gift of acting as Christ. This is not a mere imitation, but actually allows Christ to work through the actions of the priest. This has traditionally been in reference to the celebration of the sacraments, not the entirety of the priest's life. In many ways this is a beautiful belief. And if taken seriously, one would see that to act in persona Christi is to be one who, as Pope Francis has said, "takes on the smell of the sheep." However, there is in this belief the possibility of pride and a sense of privilege.

Article 1548 of the Catechism of the Catholic Church states:

In the ecclesial service of the ordained minister, it is Christ himself who is present to his Church as Head of his Body, Shepherd of his flock, high priest of the redemptive sacrifice, Teacher of Truth. This is what the Church means by saying that the priest, by virtue of the sacrament of Holy Orders, acts in persona Christi Capitis:

It is the same priest, Christ Jesus, whose sacred person his minister truly represents. Now the minister, by reason of the sacerdotal consecration which he has received, is truly made like to the high priest and possesses the authority to act in the power and place of the person of Christ himself (virtute ac persona ipsius Christi).

"Now the minister … is truly made like to the high priest and possesses the authority to act in the power and place of the person of Christ himself." It does not, in my opinion, take much of a leap to recognize the power given to a priest in this statement. Given this theology, it could be difficult for the laity to question, criticize or hold a priest to some accountability. After all — according to this — he has the authority of Christ.

Therein lies the problem as I see it. And I have seen it. When on committees, people defer to the priest because he is a priest — even when others at the table have more expertise in the matter at hand. It happens when priests get special treatment at restaurants, sporting events or other venues by virtue of being ordained. It happens when experts in education and child development are overruled in parish schools by the pastor, based on his preferences. There is power and privilege in this. I cannot help but wonder what kind of impact this sort of treatment has on a person.

I am not saying that this special treatment causes all priests to become "clerical." I have known and worked with too many who are humble, grounded and generous good men. But if someone already has a penchant for power and privilege, this treatment could lead to corruption. "Pride goes before destruction and a haughty spirit before a fall" (Proverbs 16:18).

This is made worse by some parish and diocesan structures: parishes and dioceses without functioning councils, in which the priest or bishop acts as the final authority in all matters — business, financial, pastoral. Ordained men who live alone without community to hold them accountable for how their time is spent and whether or not they are healthy — in every aspect. Men who are the only priest in their parishes — or even a cluster of parishes — with no support, assistance or someone to act as a check and balance. Men who have had inadequate psychological screening. How can this be healthy?

These are a few pieces of a complicated puzzle I am pondering, questioning and discussing as we seek to heal our broken church. I wholeheartedly believe that clericalism is a major obstacle to our being the body of Christ. And it must be addressed. May God guide our efforts!

Change will require getting at deep roots

The vindication of Leonardo Boff

Change will require getting at deep roots

The vindication of Leonardo Boff

The evil of clericalism