Love in the midst of the mess 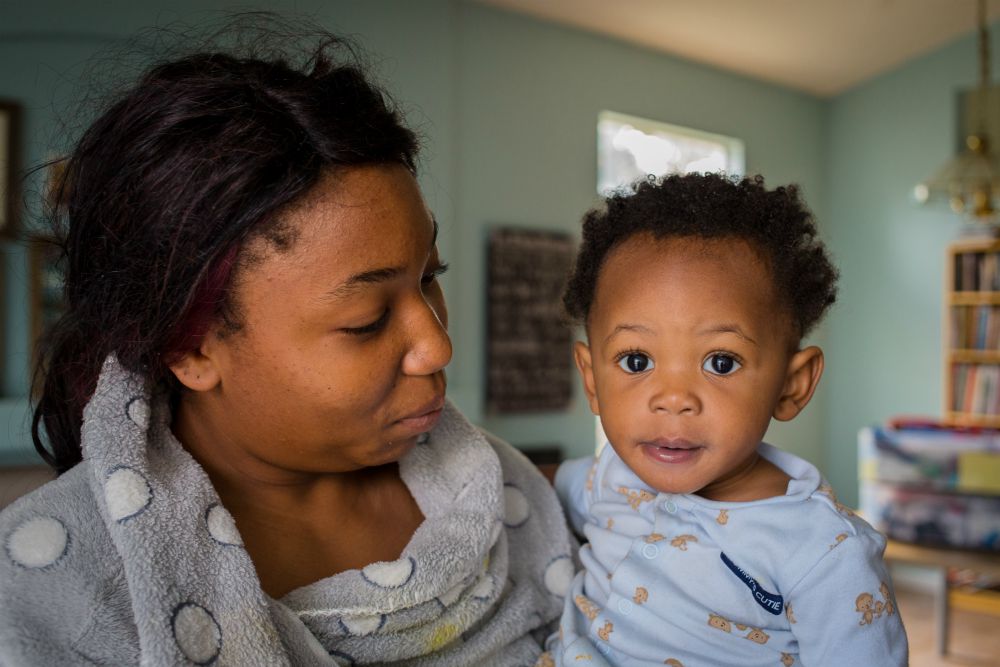 You are dreading another meal of ramen noodles and canned vegetables, but you know that's all that's left in the cupboard, that it's the best you can offer your son tonight.

You're thinking about this as you enter the dimly lit child care center to pick him up, with hunger pulling on your stomach, only to see him sitting on a grimy, stained rug. He gazes upward, engrossed in a cartoon, his face stone-still like an icy zombie. You remember that you once asked if the TV was safe — it still looks as if the smallest bump to the cart could make the heavy machine plummet down and crush a child — but the one time you tried to ask about it, you felt like a nuisance, so you never brought it up again.

Before you gather your son into your arms, you notice a child care worker with thinning hair scolding a girl; the girl stares at the dusty floor as tears roll down her cheeks. The scene tightens your throat with discomfort, awkwardness; you ignore this and scoop your son into your loving arms instead.

You don't like this place; you have a feeling that something is off; you hate leaving your child here every day before you take the bus to earn a minimum hourly wage on the line at McDonald's. But it's your only option. And you are tired and have grown blind to what initially disturbed you; you don't have the energy or the time or the money to find something better.

You'll be back tomorrow, so you say, "Thank you, see you later," to the staff person by the door and turn toward the stairwell to make your way home to your tiny apartment, on the other side of the building — an affordable housing complex in a low-income neighborhood.

Likely an ordinary scenario for low-income parents in many cities throughout the United States, this imaginary scene has been rattling around in my head and heart the past few weeks, ever since I visited Waking the Village in Sacramento, California.

Waking the Village is a nonprofit that specializes in offering housing and support to young adults and their children who are transitioning out of homelessness. I served as a Jesuit Volunteer at Waking the Village 14 years ago and then joined the board in 2006; since then, the agency has grown to include three housing programs, a child care center and two arts programs.

The first Friday in February, a day before a board retreat, I spent a day with Bridget, the executive director and co-founder of Waking the Village. She drove me throughout Sacramento so I could see the service sites tucked away in various parts of the city. 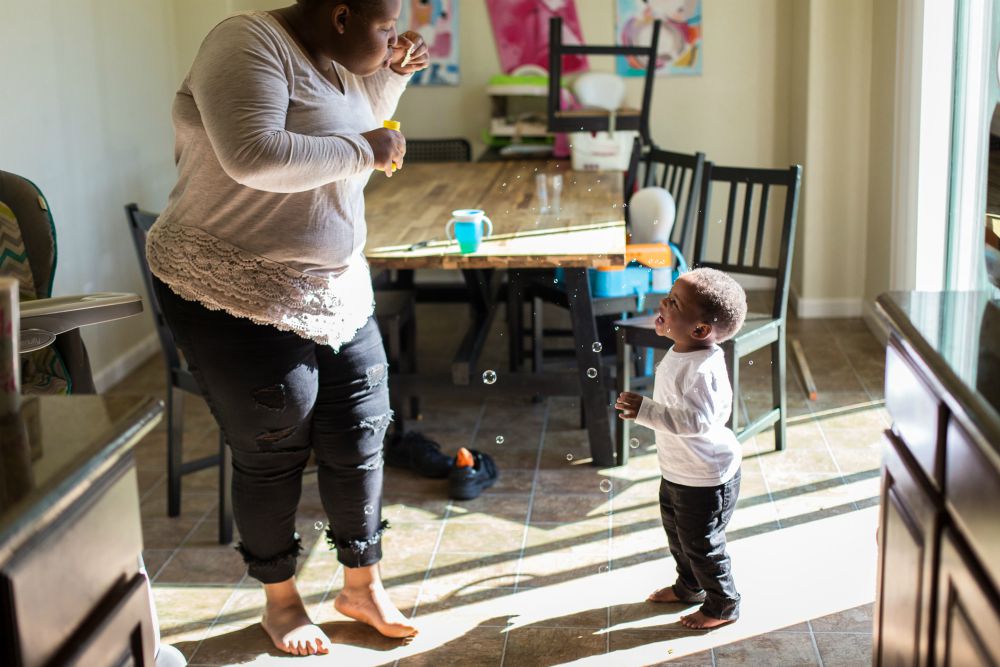 A staff member of Waking the Village plays with bubbles. (Ellen Friedlander)

Our first stop was the newly opened Art Beast Child Development Center, where I was moved to tears to see a diverse community of children joyfully exploring a beautiful, warmly lit play space with many gentle, kind adults watching close. Everything I saw there seemed to be exactly what any person of privilege would want for their child — and happily pay a lot of money for it. The center, though, is attached to an affordable housing complex in a working-class neighborhood.

As we drove away from the child care center, my heart full of awe at the beauty and quality of what I'd observed, Bridget described the awful condition of the child care center before Waking the Village took over. She told me how the last provider had gotten away with numerous license violations, like an unstable TV cart. (I didn't see any TV screens in the new facility.) I wondered if the license violations were unchallenged because the center was serving poor kids, because no one had the resources or energy to challenge the injustice.

Rolling through the streets of Sacramento, Bridget and I continued to chat.

"Are a lot of upper-income families enrolling their children?" I asked.

"Not as many as we had hoped," she said. "We did have a couple come tour and say that they loved it, but they didn't register their kids. They said they 'didn't like the neighborhood.' "

I groaned, anger warming my chest. "How can people be so classist, so racist?" I asked.

As the day continued, we visited more sites. At the Creation District, I heard youth celebrate their strengths and challenges. At Art Beast Children's Studio, I was touched to see children playing creatively. At a space that will soon become a 24-hour homeless youth drop-in center with space for Waking the Village services, I was thrilled to think of the community that will form.

We continued to drive the sunny Sacramento streets and I continued to learn about the complex social problems plaguing the city. Bridget told me about soaring housing costs as more neighborhoods gentrify and people move from the San Francisco Bay area to Sacramento. I heard about the public policies that complicate serving the poor. I learned about the well-intentioned but frustratingly uninformed do-gooders who donate unnecessary goods to homeless youth and then angrily accuse nonprofits of being oppressive without understanding the full picture.

"I can't even stand it," I said. "I'm so mad by the mess of it, by how all the systemic injustices and social sins get in the way of helping the poor. If homelessness is getting worse and not better, how do you do it? How do you not burn out? What keeps you going?" My voice was scratchy with frustration.

"Oh, Julia," Bridget laughed. "If I were in this work for the numbers, I would have quit long ago. I'm here for the deep, messy, raw, rewarding work of building relationships. I'm here to love." 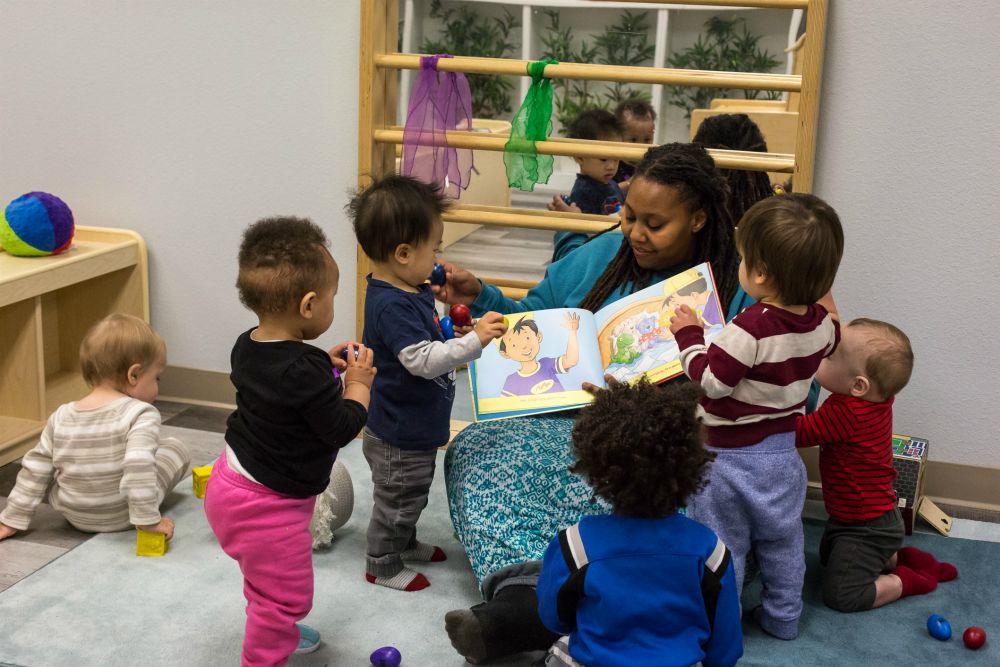 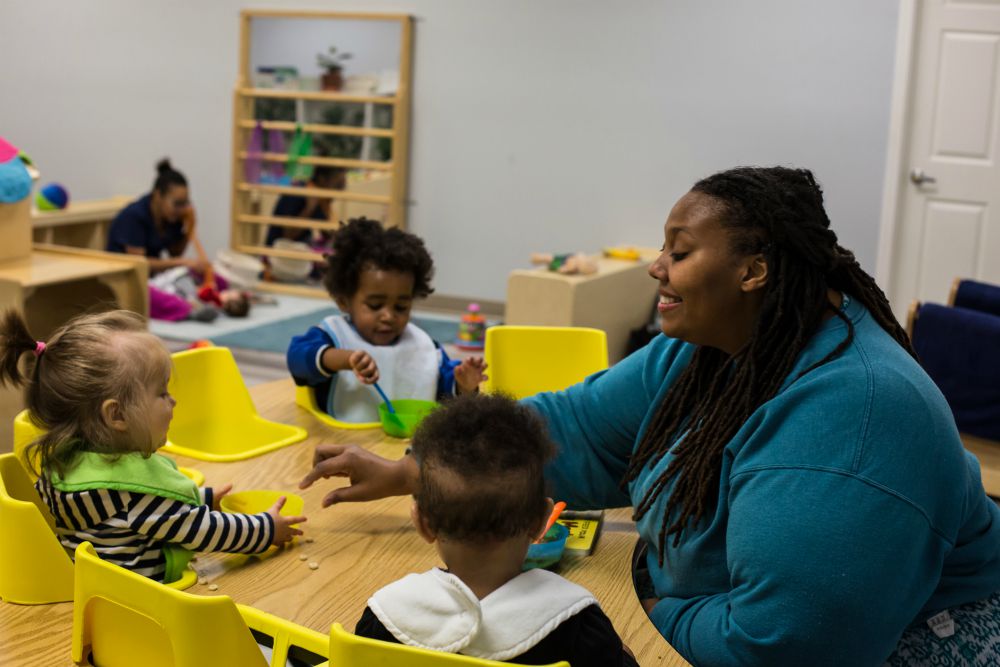 [Julia Walsh is a Franciscan Sister of Perpetual Adoration, a retreat presenter and a blogger who can be found online at MessyJesusBusiness.com.]

Ministry | Love in the midst of the mess

A prism of Catholic social teaching

A look at hunger in Africa during COVID-19: Sisters stepping in