Although I currently live in the Midwest, I grew up many miles away, on the Texas gulf coast. I come from an area of Texas called the "Golden Triangle," a cluster of cities and towns anchored by one small city, Beaumont, and two smaller cities, Port Arthur and Orange.

It is common for people in the area to live in one city, work in another and perhaps find entertainment in yet another. Each of the larger cities is approximately 25 minutes from the other two. So it's not a large area. But this was my whole world for the first 18 years of my life. We lived in Orange. My dad worked in Port Arthur, and I went to high school in Beaumont. And on occasion, we would drive approximately 90 miles west to shop or go to a museum in Houston.

Because of where I grew up, I am very familiar with tropical storms and hurricanes. There are signs for evacuation routes along the interstate and other major roads. We knew where and how to find higher ground. I remember waking up to downed trees and branches scattered in the yard from a storm coming through overnight. I remember my anxiety for my dad, friends and family as Hurricane Rita moved through the area in 2005, taking with her over 50 percent of our tall pine trees and uprooting the oak I planted with my sister in our front yard more than 30 years ago.

After Harvey hit the Corpus Christi and Houston areas, I was paying close attention to my social media accounts — checking on my friends and family in the area, reading about what neighborhoods were most affected and wondering what could be done to help. In my limited experience, it was so unusual for a storm to sit and dump that much rain in such a short amount of time.

I heard many people wonder out loud, "Why didn't they evacuate the city?" Images of traffic jams, cars out of gas on the highway, and people meeting their death in their cars flashed in my mind. Evacuation was not the answer. Doing the best you could to get to higher ground and stay put was the safer route. But it's hard to understand that from a distance.

I was concerned about the Golden Triangle, but none of the projections I saw showed anyone in danger. The day before the storm came back to shore to sit over the Golden Triangle, I called my dad, who moved to Port Arthur from Orange several years ago. For the first time in a very long time, I was making a Creole meal for the community — red beans and rice with sausage. I never make the fatty foods of my youth for the community. But that night, it just seemed right.

Daddy and I chatted about what I was cooking and about the rain. I asked if his street had water accumulation.

"No. No water in the street. It doesn't really flood here." That was my dad's response.

That night, the Golden Triangle experienced flooding like they had never experienced. Friends of mine in Orange were posting on social media, looking for boats to rescue them from their homes, trying to gather the most important possessions before heading east into Louisiana, wading through knee-deep and then waist-deep waters. Not even Rita had brought that kind of devastation to the area.

Then there was Port Arthur, the worst-hit of the three cities anchoring the Golden Triangle. My dad's neighborhood was under water. In less than 12 hours, they had gone from a little rain and no water in the streets to 8 feet of water everywhere and rain continuing to fall. My heart sank to the pit of my stomach, and I started making phone calls. My dad's cellphone and home number were out of service. Then I called the Port Arthur Police Department, the fire department, the Red Cross, FEMA, and the Coast Guard.

The most helpful phone call, perhaps the one that saved the lives of my dad, his companion and her grandson, was the one to the Coast Guard. They took very little information — just the address and whether or not anyone in the home was elderly. (My dad is 83.) Within a couple of hours, my dad and those with him were rescued from the home by helicopter. They left a house with nearly 6 feet of water inside.

It took several days to locate my dad after that morning without a cellphone and with no knowledge of to what shelter or even to what city he had been taken. The days were long and stressful. Never before had my sisters and I sent so many group texts. My anxiety was fairly high, and answering questions from co-workers, friends and community caused the anxiety to rise.

Currently, my dad is living with his older sister. My Aunt Olivia is 85 and doing well. Her home in Port Arthur sustained no damage. She was able to take in my dad and his companion for as long as they need a place to live. And that will most likely be for a while.

My story is similar to too many others — in Texas, Florida, Puerto Rico and the U.S. Virgin Islands because of hurricanes and in Mexico because of the earthquakes. It can be overwhelming to consider the loss of so many. And it can be even more overwhelming to listen to the stories of fear, loss, and worry about the future.

Last weekend, I traveled down to the Golden Triangle to check in on my dad and some friends to get a sense of the loss and to try to understand the trauma the people face. The trip was difficult, but blessed. There were happy reunions, stories of rescue and loss, laughter and tears, sights and smells of piles of moldy belongings, and evidence of resilience, hope and selflessness. And therein lies the hope. And we must hold on to hope. 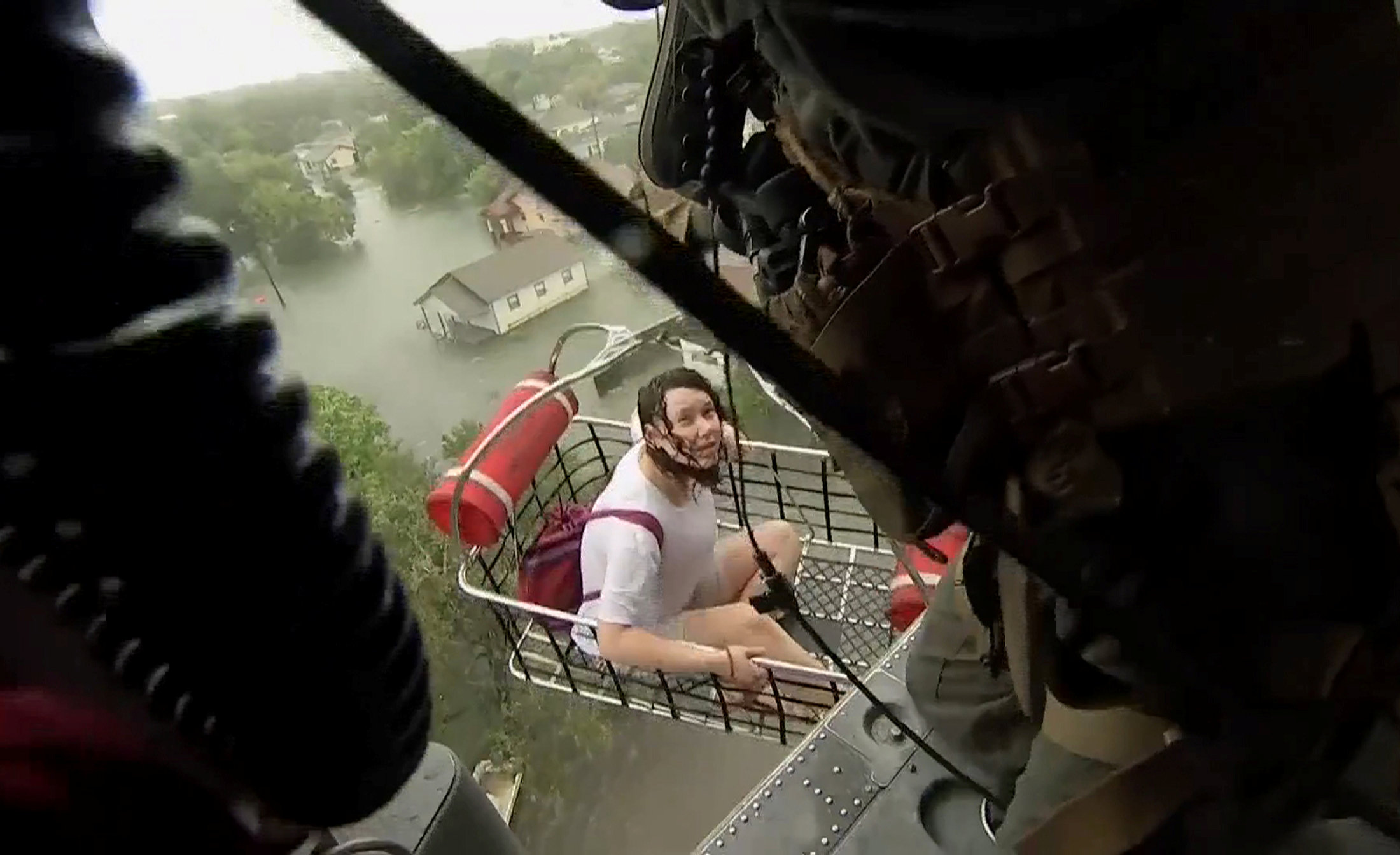 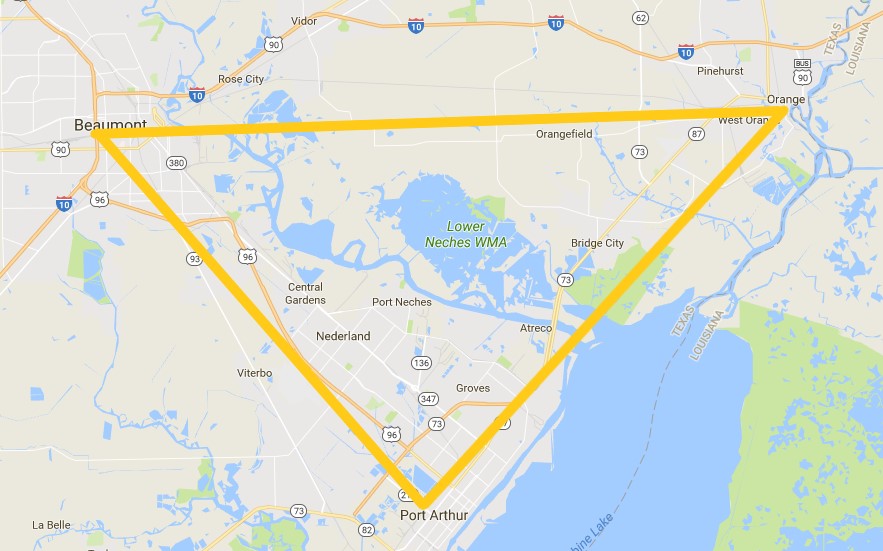 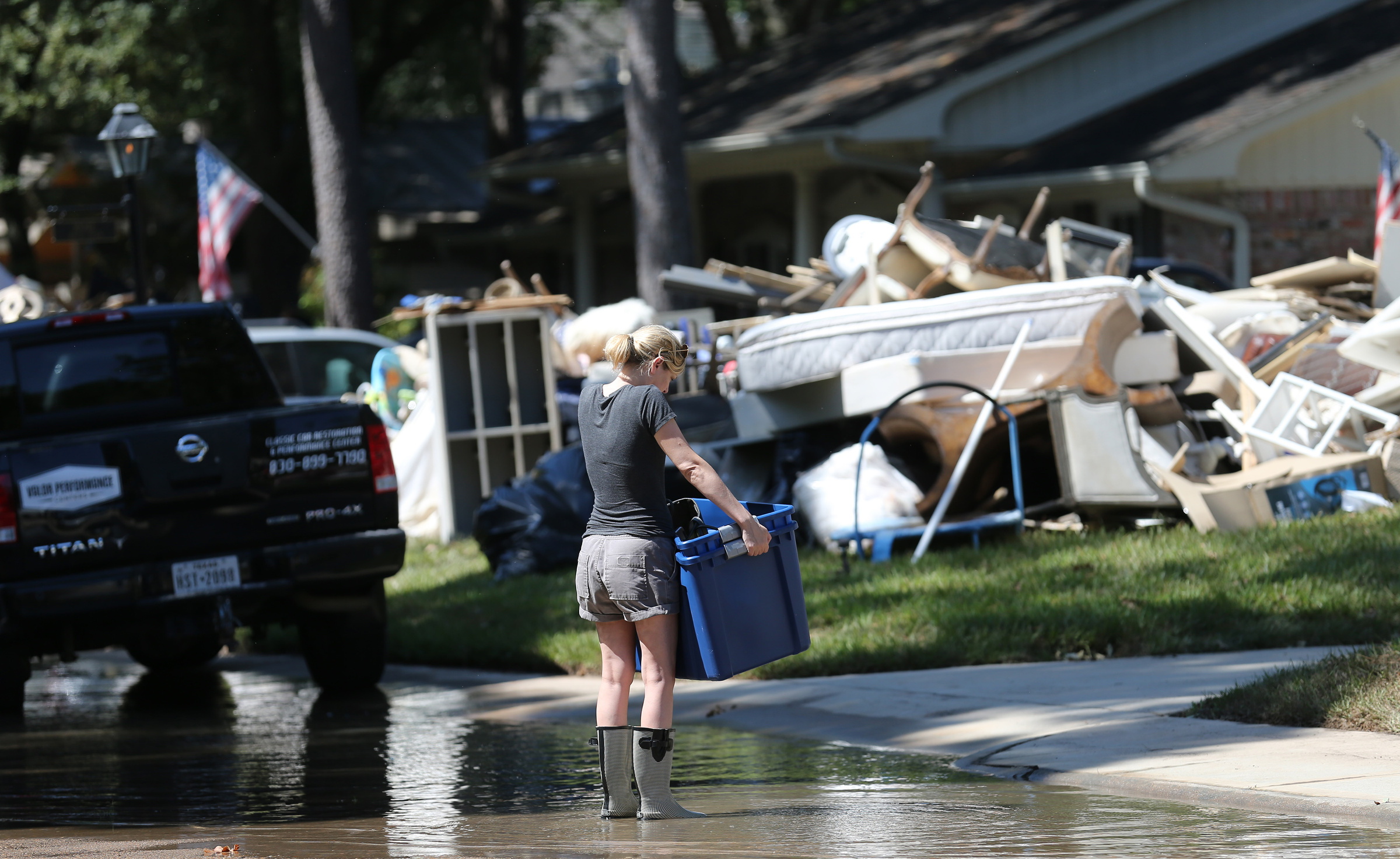