Orlando faces in the sanctuary: Sacred wounds and the communal body 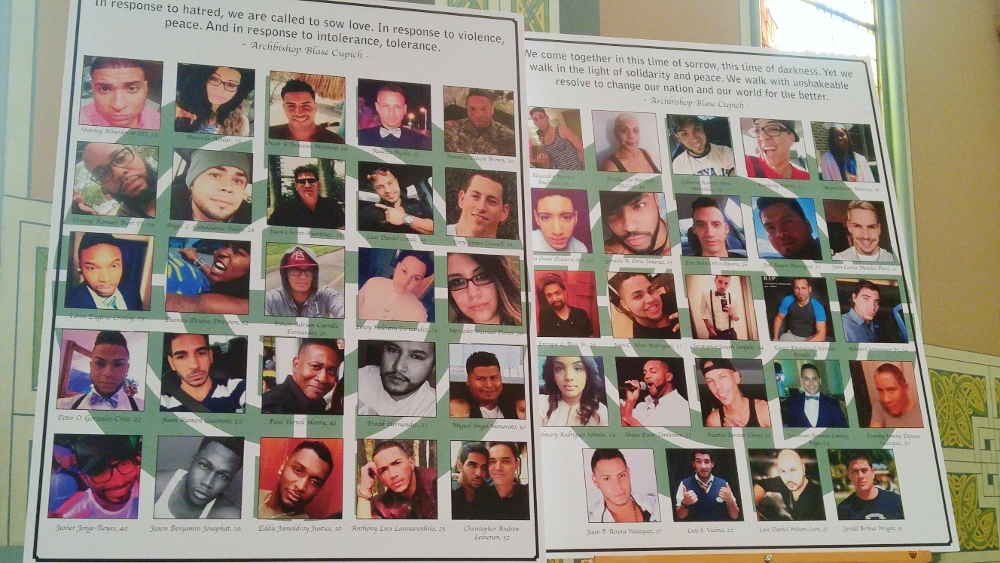 Photos of the 49 victims of the Pulse nightclub shooting June 12. (Julia Walsh)

This week at Sunday Mass I had a full-body prayer experience that transcended the ordinary.

I am Catholic. Full-body prayer is nothing unusual; it's basic Catholic functioning. Stand, sing, sit, listen, sing, listen, speak, kneel, stand, shake hands, sing, walk, eat, drink, kneel, sit and stand. Through the rhythm of movements, our hands, feet, mouths and throats embody the mysteries of our Incarnational faith. Even as we sing, speak and breathe, the core of our bodies vibrate with words of love and hope.

This past Sunday, though, my body tuned into a communal woundedness. It was as if, in a way, I could feel in my bones an echo of the laceration that had been inflicted upon my brothers and sisters during the massacre in Orlando a week prior.

Certainly the mass shooting that occurred at the Pulse nightclub in Orlando on June 12 was a complex atrocity. The narratives of our nation's political battles are tangled together in one terrible mess. Those who are concerned about the safety of the marginalized LGBTQ+ population, fearful of religious extremism, or alarmed by gun violence can each utilize the horrific truth to reinforce their position. Others who are inclined to bend toward judgment and hate could also exploit the event to deliver ugly messages.

In this massacre, we have a very bold sign of these times that we are a part of.

. . . The Church seeks a solitary goal: to carry forward the work of Christ . . . under the lead of the befriending Spirit. And Christ entered this world to give witness to the truth, to rescue and not to sit in judgment, to serve and not to be served.

To carry out such a task, the Church has always had the duty of scrutinizing the signs of the times, and of interpreting them in the light of the Gospel. . . . We must therefore recognize the world in which we live, its expectations, its longings, and its often dramatic characteristics. – Gaudiam et Spes, 3 & 4

To live the cosmic life is to live dominated by the consciousness that one is an atom in the body of the mystical and cosmic body of Christ. The man who so lives dismisses as irrelevant the host of preoccupations that absorb the interest of other men: his life is projected further and his heart more widely receptive. – Teilhard de Chardin, 'Cosmic Life'

Our bodies are united. We are one; together in the grief, pain and trauma. No one suffers alone. We hurt together; we are frustrated and disturbed together.

I encountered the woundedness of the entire human community — the mystical and cosmic body of Christ — because it was a spiritual and material coalescence of wounded images of God together in a sacred space and united as one body.

I arrived at church from an intense week of academic study; most of my attention had been focused on my reading assignments and learning. Although I had found some time to pray with the grief of the massacre, most of my tasks had gotten in the way of truly attending to the injuries inflicted upon our human community.

Because of this, attending Mass this Sunday made for an unordinary experience. The normal body movements of Catholic prayer among hundreds of people in a sacred space were not enough. Instead, I had other bodily reactions as I confronted the woundedness of our human community: I cried for the wounded body. 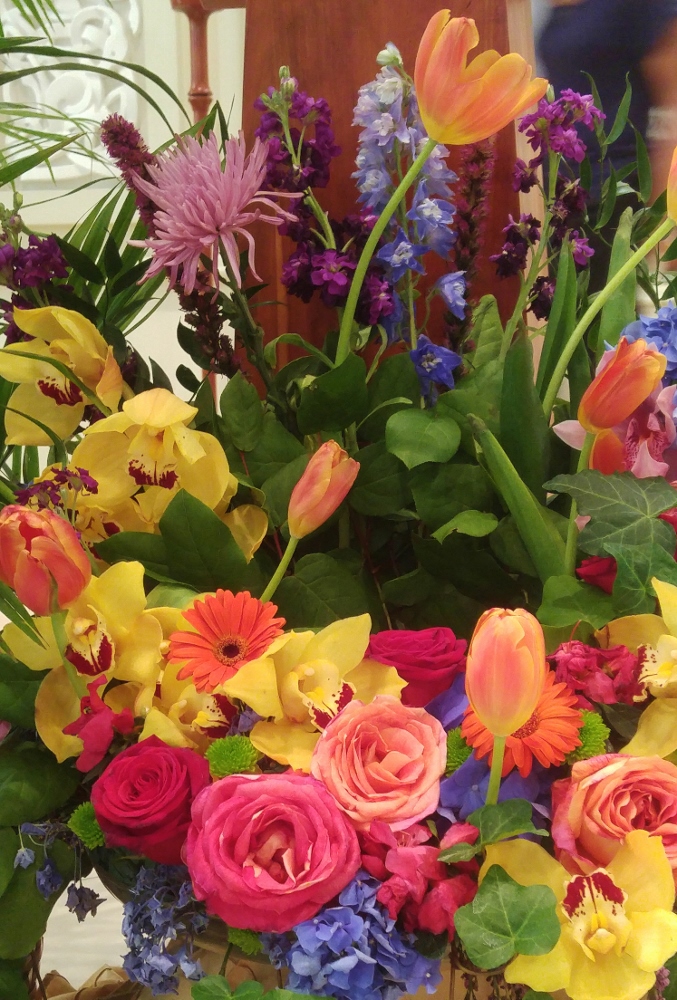 When I entered the church where I worshiped, I immediately noticed two posters in the front corner of the church. On them were the images of the faces of those who had been killed in Orlando. Upon registering what the images were, my eyes welled up with tears and my heart swelled with gratitude. While I settled into the pew I heard a duet sing a somber, heart-felt resurrection song. Harmonized music vibrated our bodies and pews with human beauty and emotion. My shoulders convulsed with sorrow.

As the liturgy began, the faces on the posters looked over the hundreds of people praying to God. Both on the posters, and in the crowd all around me, were the faces of people made in the image and likeness of God. Each face was God's love made real in the fleshy mess of humanity.

During each ritual the faces continued to speak of truth. Through the sign-of-the cross, the penitential act and the proclamation of the Word, the images remained present to us. We were reminded of wounds during the homily, the prayers of the faithful and the Eucharistic prayer. And when the liturgy came to a close and announcements were made, we were told of an opportunity outside of the sanctuary to write notes of love and support to the families grieving for their deceased children, brothers and sisters in Orlando. With each reminder and the ever-present faces, Christ's wounded body became more evident.

We were gathered in sacred space, in a place where we could safely and fully express our common experience and beliefs. In some ways, we were not unlike those who entered the Pulse dance club in Orlando seeking sanctuary from a world that persecuted them for their difference. Just as they had found a home and a loving, accepting community where they felt free to be themselves, we Catholics had found our home around the Eucharistic table and were free to express our faith. Our sea of faces bowing toward the Bread Broken for All was not unlike the sea of sacred faces encountering safety and freedom on a dance floor.

After the Mass ended and most people cleared out of the sanctuary, I went to the front of the church to examine more closely the faces on the posters and pray for the deceased. As I studied the faces, read the names, and saw the ages listed, I began imagining each person as a friend or a former student. I shook with quiet sobs.

At the table outside of the sanctuary, I tried to write a note of love and support to the hurting family members while I continued to cry. The words I wrote were completely inadequate to express the love and solidarity that I was experiencing. As I cried and wrote, a very kind woman from the parish introduced herself to me and offered me a hug. I bawled into her chest, without ever having met her before. In the embrace of a stranger, wounds were tended. I tried to finish my note and continued to cry, putting the pen down and saying thank you with tear-streaked glasses and a soaked shirt. Another kind stranger reached out to me with a warm hug. In his arms, I was given strength and consolation.

Good Catholic prayer is bodily. It is also transformative. Expecting a typical liturgy, I entered the church with my grief for the Orlando victims engulfed by my busy life. I left changed, weary and soaked from a good cry, with the faces on the posters and of the kind people in the church community embalmed in my memory.

I had encountered both the wounds of Christ and love of the cosmic body and came to know again, in another way, the truth of Christian mystery.

[Sr. Julia Walsh, FSPA, is a high school religion teacher and blogger; read more of her work at MessyJesusBusiness.com.]

Spirituality | Orlando faces in the sanctuary: Sacred wounds and the communal body