It is rare that I have nothing to say. It is even rarer that I sit down at a computer and find myself without some kind of a reflection or train of thought happening at the moment. But as the deadline for this column crept closer and closer, I found myself waiting fruitlessly for the inspiration, insight or image to emerge.

It has been an "early on the morning of the third day" experience where I sit staring at an empty page not sure what to do or which direction to go … even in this Easter season.

"They found the stone rolled away from the tomb; but when they entered, they did not find the body of the Lord Jesus. While they were still puzzling over this, behold, two men in dazzling garments appeared to them … and said, "Why do you seek the living among the dead? He is not here." (Luke 24:2-6)

Waiting. Puzzling. Looking for the living among the dead. Standing in confusion as I look into the place where I thought I would find Jesus. Into the place where he should be. He should be dead. He is dead. I saw him die just two days earlier. This is where they laid him. He should be here. But he's not. He clearly is not. And I have absolutely no idea what to make of it.

I'm waiting for something, but I would be hard-pressed to say what. The confusion of the empty tomb is too much to take in. Am I waiting for an explanation? A direction? An angel? Just like Magdalene, I feel myself wondering what this means while simultaneously remembering the promises of the Jesus I've always known — "I will never leave you; fear not; I will come back to you." Is it possible that he didn't stay dead?

This past weekend, my religious community took a short trip north to Maine and it was kind of like rolling the stone of time back. Here in Connecticut, our daffodils have come and gone, the trees are filling up with that unique color of spring green and I have put away my winter jacket and scarf. Driving north for 200 miles, the trees seemed to be losing their greenery and the temperatures dropped by at least 20 degrees. Winter returning? Please God, no.

On second glance, other elements came into view. The daffodils reappeared and the azaleas were clearly sprouting. A second spring. Ah — this is not death, this is life! I looked at nature and saw what appeared to be the casing of death, but in reality, it was all prelude to new life. Every ounce of the natural world is teaching us to trust resurrection. If I had waited long enough, I would have experienced the sprouting of that spring green color, the warming of the air and yes, the disappearance again of those beautiful daffodils until next year — or the next road trip even farther north.

In Maine, I found myself at one point in a conversation with the grass. (Don't judge.) I was exhorting it not to get discouraged at the smallness of itself, not to get overwhelmed by the mud, not to stop believing in its future to bring joy and life and beauty to the world, not to fail to respond to the light that was pulling it beyond its frailness, strengthening it slowly.

Then I turned to converse with the sea. (I'm an equal opportunity oddball.) Instead of advice for the tide, however, I found myself silenced and listening to the lessons it had to teach. Steady, reliable, constant. This same water has been coming and going at this same shore for hundreds of thousands of years. There is order and safety and certainty in that steadfastness — and faithfulness. "Be still, Virginia," it says. "Trust and relax and let yourself be washed clean."

It's no wonder the tide is called the heartbeat of God. I sat at that seashore just listening and believing and getting my perspective reoriented, feeling my soul being softened just like the smooth beach stones that once had been jagged rocks. (The imagery could go on and on — unique lessons came to me from such a variety of characters. The sandpipers scurrying back-and-forth with the tide, the hermit crabs popping up out of the sand, and even the dogs running headlong into freezing waters to fetch a tennis ball. Each of these spoke to my spirit and reminded me of Easter hope.)

When the ocean had done its work, I heard the voice of the angel say, "He is not here," and rather than puzzling me, this time it enlivened and rejuvenated me. The message is not one to confuse; the Easter message is meant to embolden and remind and galvanize. In receiving the good news of the resurrection, Magdalene found herself running — running to tell the others what she had learned; running to share the fulfillment of the promise; running to celebrate the Jesus who didn't stay dead.

Our Jesus won't stay dead. Our winters are not eternal. Our tides will never cease. Our tombs will all be emptied. Amen! Alleluia!

[Virginia Herbers is an Apostle of the Sacred Heart of Jesus. She has master's degree in pastoral studies and has ministered in education at both the elementary and high school levels in Connecticut, New York, Missouri and Taiwan. She currently serves as the vice-provincial for the United States province of her community.] 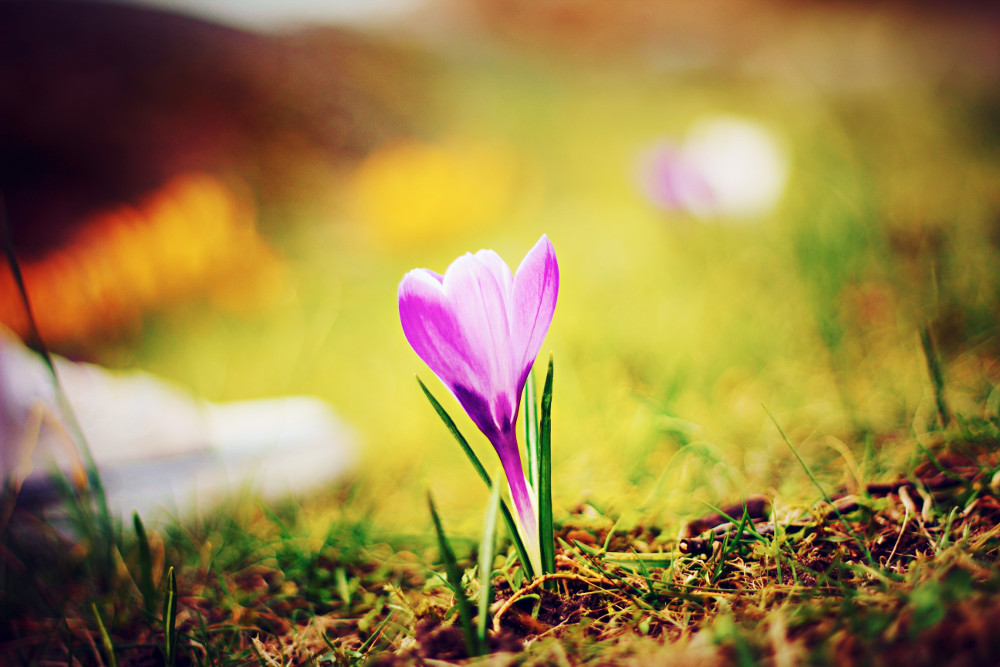