I've never been very good at New Year's resolutions, and I know I'm not alone. Like many people, my resolutions tend to be self-serving, fairly unattainable and quickly broken. In an age in which even rest and leisure have become to-do list material, perhaps this is the year to ditch the resolutions.

Ironically, I think part of my willingness to start the year this way stems from the experience I had in 2018 of training for and completing my first marathon.

I recall one day early in my training when I got caught mid-run in a summer rainstorm. The sudden deluge helped clear my head and I discovered, as I often do while running, an awareness that had been building inside of me. I realized with dismay that I felt more committed to running than I did to prayer.

The first reason for this was simple: I hadn't been making time for prayer. The second was more complicated: I was afraid. I was afraid of what I would find in prayer and of the transformation that prayer might ask of me. The world was hurting, and I was resisting dealing with the pain, the outrage and the grief that I knew I would uncover in contemplation.

As I squished my way down the country road that now more closely resembled quicksand than gravel, other truths found their way from my heart to my head. The truth was my avoidance of suffering was a symptom of privilege. The truth was I was trying to handle on my own what I knew I couldn't. The truth was my misguided attempt at self-preservation was beginning to isolate me from God and others.

Just as I began berating myself for all this, God intervened with an endorphin-fueled wave of creative optimism. What if, I wondered, my commitment to marathon training could be a stepping stone for re-commitment to prayer?

If I could make time to start training for a marathon in the middle of the growing season (my busiest time of year), I could make time for prayer. If I could run in 90-degree heat or a rainstorm, maybe I could let myself encounter tough stuff in prayer.

More importantly, I realized that I could ask for help. I sent out a Facebook plea for prayer requests that I could carry with me during training, and the responses came pouring in. Praying for others as I logged the miles proved to be a surprisingly integrative and healing practice. The intentions that I thought I would carry through training actually ended up carrying me.

From then on, letting myself need others became my training mantra. On one particularly memorable weekend visit to my parents, my dad agreed to bike along with me on my long run. I overslept for our appointed early-morning departure time; he woke me up. I discovered that I had brought two left shoes; he took me to the nearest store and bought me a new pair, calling them an early Christmas present. I didn't bring enough liquids for the hot day; he produced an extra bottle from his bike pack. I needed a rest after the run; he "watched golf" with his eyes closed in solidarity. Alone, I easily would've ended the day dehydrated and frustrated by the series of my "failures," but with my dad's help, I felt only gratitude.

The marathon taught me to temper my independent streak and rely more on the gifts of others. Runner friends lent gear and advice. A local running group provided company on the long miles. Sisters who knew about the upcoming race shared their own stories of fundraising walks and races past. And the prayer requests kept coming.

On race day, my family and friends stationed themselves at various points along the route. Each sighting gave me a boost of energy, but even during the miles in between, just knowing they were there kept me fueled. The weather conditions were perfect, I was healthy and uninjured, and I ran well.

The story could end with my own rather anticlimactic finish. It could end with the shiny medal, or my parents' hugs, or even the congratulatory burritos and beer shared later with friends who also ran. If I'm being honest, though, the most significant moments of the marathon day had little to do with my own race.

After reuniting with my parents and friends, the walk back to our cars took us past the finish line. By this time the crowd had thinned, and the runners arrived sporadically. They trickled toward the finish line, some limping, some beaming and some crying. We paused to cheer for a moment, and I felt a surprising rush of emotion, fueled by something more than my depleted glucose level. I felt a strangely intimate camaraderie with the sweaty strangers running by. I was proud of them.

It was, I suppose, my own version of Thomas Merton's epiphany at 4th and Walnut. Each of us had traversed those 26.2 miles on our own legs, but not a single one of us had done it alone. And in a characteristically surprising move, God had used a significant accomplishment to teach this overachiever a lesson.

When my focus shifts from my own efforts to God's generosity, then grace can enter in. Here's to a New Year of fewer resolutions and more receptivity.

[Christin Tomy is a Dominican Sister of Sinsinawa, Wisconsin. While living and working in Central and South America, she discovered a passion for ecological work, and she currently ministers as care for creation coordinator at Sinsinawa Mound.] 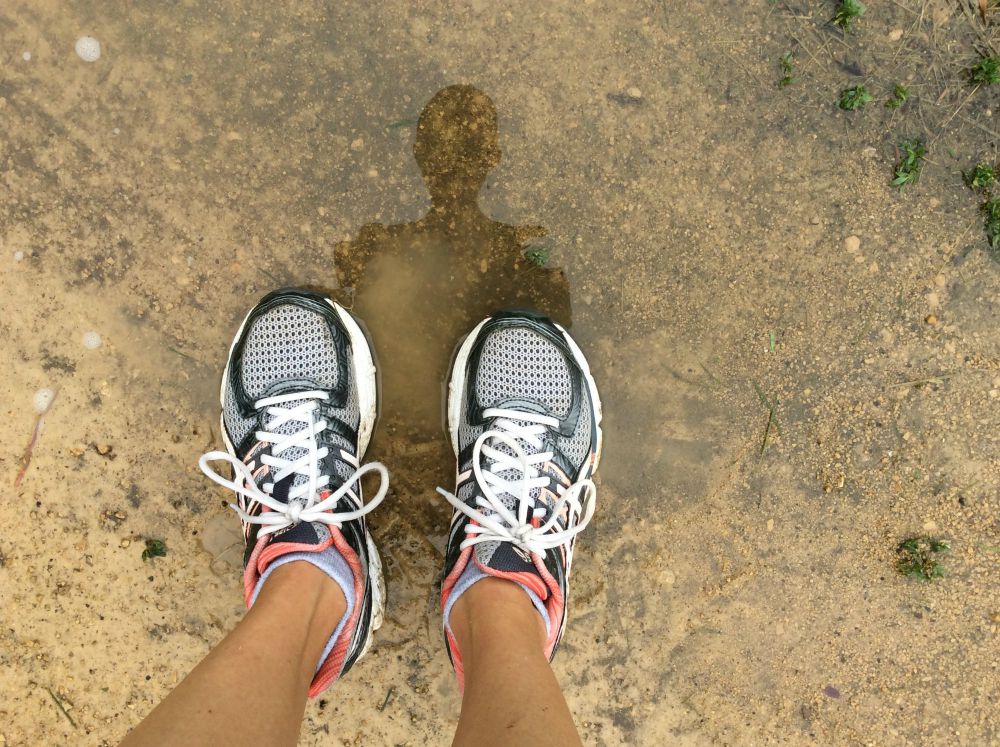