You may or may not be familiar with the story of St. Josephine Bakhita, a modern saint who died in 1947. She was canonized by Pope John Paul II in 2000, and her story has become increasingly significant to the contemporary Catholic church, particularly in its efforts against human trafficking. At the request of women religious, the Vatican has declared her feast day, Sunday Feb. 8, 2015, as the first international day for prayer and reflection on human trafficking.

It is fitting that women religious made this request, as St. Josephine Bakhita was herself a vowed member of the Canossian Sisters for 51 years. Sadly, she also spent several years in captivity as a slave-servant to the daughter of a prominent merchant who attended a school run by the Canossian Sisters in Italy

St. Josephine Bakhita’s story of slavery and resistance illustrates the importance of examining the complex relationships of power that generate conditions for the trafficking in human persons. Reflecting on her story of resistance can help contemporary Christians identify ways to resist human trafficking in today’s context.

The details of her story are known to us today because, in 1910, she was encouraged by her religious superiors to dictate the story of her captivity. She was born in rural Sudan in 1869 to a family she described as “reasonably prosperous, and well respected.” When she was five or six, her older sister was kidnapped by slave raiders. She was kidnapped herself three years later. Only 8 or 9 years old at the time, she was so traumatized by the experience that she could no longer speak her given name. Her captors named her “Bakhita,” which means fortunate one. In a cruel twist of fate, Bakhita became her name in unfortunate circumstances.

Between 1876 and 1882 Bakhita was sold three times. She suffered extreme torture in captivity. Eventually, she was sold to an Italian diplomat who gave her as a “gift” to a friend – the Italian Merchant Augusto Michieli. Michieli sent Bakhita to work as a slave-servant for his daughter Mimmina while she studied at a convent school run by the Canossian Sisters in Italy.

It was in Italy that Bakhita first encountered Jesus, depicted on a cross. She resonated with this image because she too knew the pain of beatings and abuse. When she was given her own crucifix, one of the first possessions she could call her own, she felt something beyond her understanding. She joined the catechumenate and after nine months was baptized, received communion and was confirmed as Josephine Margaret Mary Bakhita.

Meanwhile, her captivity in the convent school continued. Eventually Mimmina’s parents returned to collect their daughter and her slave-servant, but Bakhita did not want to leave. She resisted and refused to go, claiming her self-agency and identity as a child of God. In the end, she took her case to court.

Thankfully, Bakhita was not alone in her resistance, but was supported by the Canossian Sisters and the patriarch of Venice, who intervened in court on her behalf.  The court ruled that, because slavery was illegal in Italy, she had in fact been free since her arrival. Now free, she decided to enter the Canossian Sisters and spent the next five decades as a member of the religious community. It was during this time that she was asked by her religious superiors to dictate her story and speak publicly about her experience of slavery. Towards the end of her life she suffered great physical pain. In her delirium, she would cry out, “Loosen the chains . . . they are so heavy.” She died in 1947.

The contemporary problem of human trafficking can seem so overwhelming that we do not know where we can begin our work against it. The story of St. Josephine Bakhita gives us an entry point for our own reflection and action. Her refusal to return to her trafficker was an act of resistance, by which she stood firm to her growing understanding of her human dignity. As the U.S. Bishops state on their flyer announcing a special mass for the 2015 day of prayer against trafficking: “Like St. Josephine Bakhita, may we stand firm in our resolve to create a slavery-free world.”  This aspect of her story is key; so too is the fact that she was not alone in her resistance, but was eventually joined in solidarity by the Canossian Sisters and members of the church hierarchy.

Examining her story more closely helps unmask some of the complex relationships of power which generated the conditions for her continued captivity. Imagine how she must have felt upon learning that, in the eyes of the law, she was already free. Yet her captivity had continued for years. As a black slave in an Italian convent school, she would have stood out and been noticed. Race and class dynamics must have been at play. This daughter of a reasonably prosperous and respected Sudanese family continued to be held in captivity, forced to serve the daughter of an Italian prosperous family, in a religious school no less.

Bakhita’s identity as a Christian empowered her ability to resist. In her narrative, she recounted thinking: “I can’t leave this place because I don’t want to lose God.” From the perspective of history, it is not possible to know the hearts and minds of the Canossian Sisters; only conjecture is possible. When and how were they able to incorporate Bakhita into their sphere of concern? When did she stop being, in their eyes, a slave to be exploited and become a free person with inherent human dignity? Once they unmasked this reality, and their own connection to it, did they lament their involvement in her slavery? Did this lament lead to their conversion and subsequent decision to seek the help of the church hierarchy to support her court case? It is certainly significant that, in the end, they welcomed her as a member of their community and continue to embrace her memory today. Indeed, it was the encouragement of her superiors to record her story for posterity that allows us to reflect on this resistance story today.

Not only is Bakhita a model of resistance; so too are those who resisted with her in solidarity.  The Canossian Sisters and Archbishop of Milan created a wide web of relationship that included Bakhita as a human person with inherent human dignity deserving of freedom. They resisted stereotypes of race and class that tolerated her continued exploitation. Finally, they engaged in public protest to join with Bakhita in her demand for freedom in court. While not directly responsible for her original enslavement, they were ultimately able to sift through the layers of culpability to their own responsibility. In the end, they were able to effectively resist from within their sphere of influence and seek to restore relationships distorted by human trafficking.

One place to start is by calculating your own slavery footprint to raise awareness of your own connections.  You might also consider signing on to the Global Freedom Network’s declaration to end human trafficking. Then, look for ways you too can resist this social evil through your everyday choices and interactions.

Editor's note: An earlier version of the story stated incorrectly that Bakhita suffered sexual violence while in captivity. 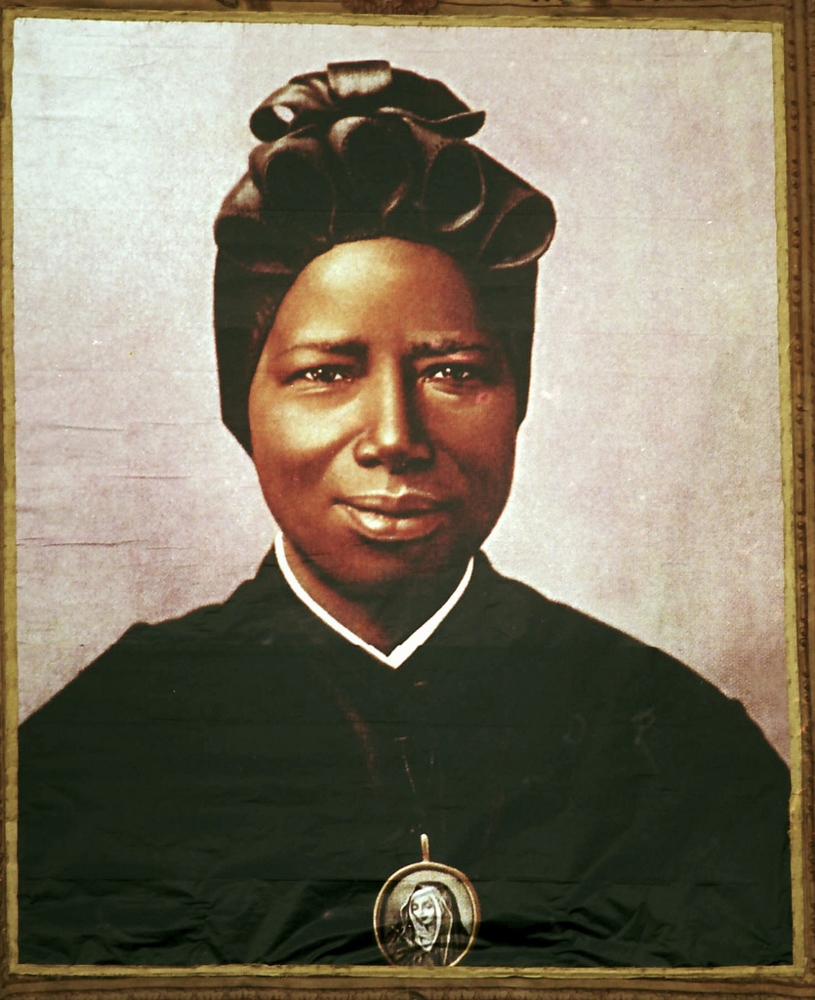